When I was in Mexico recently, I gave a lecture-demo on how one might express ideas about music through music. (Readers of this blog will be familiar with these approaches, especially via my excursions in riddim meth0dism.) Although I want to keep the concept as open as possible, believing there are myriad ways to do so, in my presentation I explored two principal methods: the mashup and the mix.

With regard to mashups, I talked about two different sorts of uses, which I termed the “analytical” and the “aesthetic” (even though the whole point of music-about-music is that the aesthetic and analytical modes merge). Essentially, I was trying to draw a distinction between using mashups — i.e., the vertical / simultaneous juxtapositions of two or more tracks — to 1) demonstrate certain correspondences between recordings; and 2) embody a kind of “poetic justice,” a critique of the relations between two or more works that one can attempt to encode by choosing to “discipline” or “subordinate” one track to another (whether in terms of form, pitch, tempo, or the like). These lines really do blur, inevitably even, though certain examples I offered were rather cut’n’dry and could prolly safely be consigned to category #1.

I played a bunch of mixes and mashes from the W&W oeuvre, but I also tried my hand at making one on the spot. And I’d like to share that one here (especially since one of the mashees, Vijay Iyer, saw my tweet about it and told me he’d like to hear it).

Although mashing up Vijay’s version of “Galang” with the MIA original doesn’t really offer much opportunity for much in the way of ethico-aesthetic statements (unlike other examples), it does offer a pretty classic case where the simple act of juxtaposition brings out some interesting points of coincidence and departure. Before I tell you more, let’s let the sound speak for itself —

I’m not sure what emerges as you listen to and/or watch this yourself, but one thing that you’ll hear&see if you try again is that I’ve only made two small cuts to the MIA track, suggesting that there is a great deal of correspondence between the two. In the process of lining these up, I learned — after noting that Iyer & co. remain faithful to basic issues of key and tempo — that the trio skips 14 bars at one point, at the 33rd measure to be exact (i.e., after two clean 16-bar “choruses,” in jazzspeak), bringing it back for one more trip through the refrain before getting to that ya-ya-hey-ya-ya-ho part at the end (which, interestingly and mercifully, they riff on for 4 fewer measures than she). Deciding to cut here rather than extend, I followed Vijay’s lead and snipped those 18 total measures from the MIA track, which brought them right in line. I like how the mash brings out the ways that the trio traces and accentuates MIA’s vocal lines (and driving, angular accompaniment) while, at other times, departing in some fanciful ways, as Vijay takes off on some small spiky solos. I also quite like the resulting chaos and density, matching key for keyb.

While I was in the process of getting back into the cover-song mashing practice, I decided to do one more (now back at home, not on-stage in Mexico). I’ve really had Nina Sky’s refresh of the Cure’s “Lovesong” in my head for the past few weeks, so I figured I’d whip up a little tribute in the form of a “duet.”

Notably, as with the Galangs above, I didn’t have to alter pitch or tempo in either case here, showing the new version to be faithful to the original in its basic parameters (and making it easy on me). Once again, though, there were some small differences in form that I had to reconcile, and it’s always hard to perform such nips and tucks without thinking about the act and what it effects, symbolically speaking. (This is where aesthetics and analysis necessarily intersect.) Why should I favor this one over that? Is there a poetics here that might guide this choice? Does the sonically “right” choice imply an aesthetic position, or suggest a poetics, that I hadn’t myself premeditated? What’s the best choice in terms of both sonic and symbolic outcome?

In the end I decided to compromise. Rather than totally warping one to work to the other, they take turns leading the way. Because the Nina Sky version features a far briefer intro (2 measures vs. 8) — & such a lovely vintage drum machine loop — and I didn’t want to start right in with any incisions, I decided to loop it (and make it loud enough to compete with a rock band) until they were ready to sing together. From there, as you’ll see, I’m pretty hands-off. I make only two small cuts to the Cure version, excising the guitar solo (yeah, yeah) and inserting a brief pause after measure 45 in order to match the newer version’s terser form and awesome little breakdown. In general, I also have the Nina Sky version a bit louder in the mix so that we get more contemporary bump than 80s midrange grind. Any rockist lawyers out there can sue me. We neither cease nor desist, yo —

lovesongs from wayneandwax on Vimeo.

In Mexico I demonstrated less in the way of mixes, though I did do a brief rundown of the Zunguzung meme, zipping through 20 or so examples at a rapid clip. And I discussed a few organizing themes I’ve employed in my more “lessony” mixes, such as pursuing particular rhythmic threads or vocal lines, though I neglected to mention (doh!) the two swipes I’ve taken at my home soundscape, the Boston Mashacre and Smashacre. I also overlooked a great number of stellar efforts by other folk which do exactly the thing I’m talking about — i.e., the forms and contents of the mixes themselves, without requiring additional explication, possess the power to represent some rather interesting things about music, sound, and the relationships between particular works.

There are a growing number of these and, indeed, already a rather massive number that might be counted. Plenty have been mentioned on this blog before. We might think of Dr. Auratheft‘s suggestive series, devoted to everything from fairly straightforward collections (“Calypso War Songs”) to philosophically provocative assemblages (“Post-European Dialogues in Sound”). Or El Niño’s recent Reggaespañol mix or John Eden’s Boops Specialist compendium. Or attempts to gesture at the range of global hip-hop, world house, Indian house, or — one of the all-time greats of the meta-genre — the history of English MCs. Or take the (not one but) two vocoder mixes that have emerged alongside Dave Tompkins’s magisterial vocoder opus; notably, they need not be taken as supplements but as sonic (non?)fictions of their own.

But my favorite example in recent months — maybe of the year — has to be Nguzunguzu’s Moments in Love. I sorta slept on it for a while, but I’ve been listening to it weekly just about all summer and it’s just so good. There’s something really deep about those Art of Noise synth stabs, and their hauntingly simple melody, that makes me happy to hear them over and over again. But it’s also the engrossing, downright amazing way that one hears the riff take on new life, rising and falling across the various permutations and recontextualizations that Nguzunguzu string together. Beyond anything else, I love how this mix demonstrates the utter pliability — and yet resilience — of one little riff, weaving it through all kinds of club music, hip-hop, r&b, cumbia, you-name-it. It’s an audible trip through the remix age. Bravísimo! 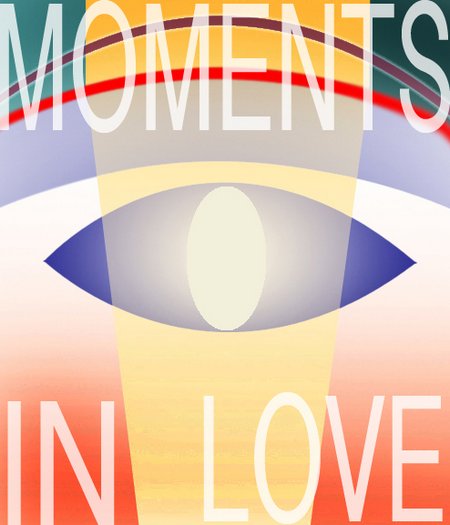 The first few times I listened, I almost couldn’t believe that the riff had been repurposed by such an incredibly wide range of producers. Indeed, I started to suspect that Nguzunguzu must be mucking around a little, throwing the riff in at times in order to keep the flow going and not caring too much about playing with the musical-historical record. Now, even though that might not be quite as “cool” as if all the tracks actually contained the riff, I wouldn’t really have minded at all. No need to be too strict about this stuff. It is music after all, which is to say, at least in this case, art (& craft). And I’m happy to grant Daniel & Asma all the poetic license in the world. It would make the mix no less enjoyable, IMO. And that’s an important dimension of musically-expressed-ideas-about-music: they need not be held to (and indeed intrinsically resist) the same standards of comprehensiveness or authority or transparency that we expect from, say, academic or even journalistic writing; rather, such creations offer gestural and sometimes personal engagements with some musical or sonic subject. That is all. From there, feel free to entrain and entertain me. Edification is a bonus.

Anyway, I had to get to the bottom of what was happening in the “edits” noted in the tracklist. Turns out, rather than superimposing the riff, Nguzunguzu were doing the exact opposite: adding drum tracks to beatless versions of the Art of Noise song! Tres cool. Via email —

Actually yes, there are two instances that “mash-up” an awesome drum beat with an already made remix of art of noise.

LIke many classical musicians would remake moments in love with a whole orchestra or bells, and we would find these recordings and put
them to a dance break as with:
MACHETE MOMENTS: ERIDSON VS. LUCIFER (NGUZU EDIT)
and
ART IN MOMENTS: DJ QUEST VS. LIEBRAND (NGUZU EDIT)
(Lucifer and Liebrand made the more ambient/ classical renditions)

hope that helps, and we would be delighted for you to post about it,
im glad to hear people are still listening to it!
We are always finding new remixes and are thinking of making a vol. 2
of moments in love mixtape! there are just so many!

I for one would welcome that!

I’d also like to hear a Vijay Iyer Trio version of the whole damn thing ;)

Keep on, all — and do send any worthy contenders my way.