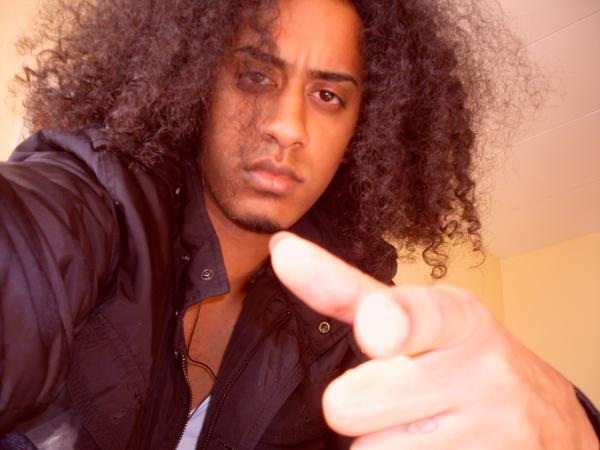 Munchi follows up his moombahton splurge with some flashbacks —

i totally forgot to send you some tracks i worked on in late 2009 that were bubbling but influenced by dominican music. like perico ripiao, bachata or dominican dembow. i had these finished but i was working on a whole concept thing there.

Didnt have a name for it so i called it like that. Sampled and cutted up a perico ripiao song, vocals from dominican dembow and with the oldskool bubbling taste. this kind of oldskool bubbling was my favorite, all over the place and so much going on going from slow to fast. made this right after i saw a bubbling battle video from 1995.

And here’s the video in question. Inspiring indeed!

Seriously, what a style! Dude gets LOOOSE. He’s totally syncing with bubbling’s distinctive double-time/half-time herky-jerk, and, like the genre, seemingly drawing on two kinds of raving at once: of the dancehall reggae sort, and of the hardcore techno sort. I like the nods to robot-style popping-and-locking, the plasticman wobbling, and all the transmuted bits of bubbling — and that’s bubbling in the original Caribbean sense. Butterfly, butterfly, mek we do the…

Munchi also shares a couple of tracks that seem to spring uniquely from his Dominican-Dutch circumstances:

which he describes as

Bachata guitar with also the bachata percussion and the familiar bubbling slowing down and speeding up. I was plannin to put a female reggeton artist on this track she would fit the track perfectly with the energy she brings.

And here’s one more to round things out. Munchi sez:

I made this in 2007 and its mostly bubbling but it flows into baile funk and reggeton
and it got me a bit of exposure back then lol.


If it wasn’t clear in my previous post, I love the way that Munchi’s productions are so situated in the particular musical-cultural networks (actual and virtual) in which he finds himself situated (and actively situates himself, as with such keywords as “baile funk” and with, y’know, enthusiastic emails to bloggers like me and Dave Quam).

In light of these latest, I’ve been thinking about Munchiton — a genre all Munchi’s own (even though he’s personally embracing the moombahton tag) — with regard to a resonant quotation from DJ Earworm in that “borrowing culture” documentary I shared last week:

In an age of FruityLoopy GarageBands, I think we’re just about already there. Sometimes this is called “remix culture,” sometimes “participatory culture,” sometimes “read-write culture,” sometimes “free culture.” Before too long, though, Earworm’s right: we’re going to stop thinking of remix practice as the exception, instead realizing that the 20th century’s “read-only” broadcast culture was an anomaly in human history and embracing the imperative to mix-and-mash all the stuff around us as what culture’s really about.

Along these lines, I’m enamored of the idea that not only will everyone be enmeshed in collectively, co-creating culture, right down to versioning the latest global (or local) hits, but that these efforts, in any particular instantiation (e.g., Munchi’s work), might yet coalesce into something even more unruly and awesome: genres of our own. New whirled music. Munch, crunch, mulch. Repeat.