But don’t despair, ye Beatheadz and Experimental Partiers of Nerdtown: we’ll be bringing Rekha to Boston later this month, and Beat Research will most definitely go on. But we’re making a significant shift in our programming beginning this month. Allow me to explain. (I mean, what else is a blog for?)

A funny thing happened on the way to relaunching Beat Research over at the Good Life: we ended up moving from Monday to Tuesday — basically, because the club doesn’t operate on Mondays. We hardly gave it a second thought when we agreed, eager to get our weekly back on track, but we stumbled right into a tangle of unfortunate conflicts. And in a town of this size, you just can’t split the scene(s) like that.

So we’ve been in the unfortunate situation of playing against good bredren and comrades, leading to such absurd situations as pitting Chief Boima at our night against Filastine at the very kindred Music Ecology across town. (I know this kind of thing inevitably happens every night in NYC, but in Boston you might get only 1 or 2 chances a year to see one of these guys.) Or me missing out on the likes of Jess Jubilee at Rizzla & co’s NU LIFE. Indeed, one reason we decided to make the shift now is that I just couldn’t stand to play opposite the good Rev. Dave Quam (aka Massacooraman) tonight — or pit dude against Rekha — over at Zuzu in Cambridge, which is where I recommend you go, and which is where I will definitely be.

I’m glad to have my Tuesdays free, but I’m also happy about our move to monthly Wednesdays. To his credit, Flack has been involved with Beat Research as a weekly for 8 years and some 400 shows (I’ve only been here for the last 5) and he’s tireless when it comes to rocking week in and week out. For my part, I really like the idea of a monthly since it will afford us a better opportunity to do it up big, bring in very special guests, and rally the greater Boston massive. (Bigup Pajaritos, whose Picó Picante has demonstrated the great potential of a semi-regular/monthly-ish trans-global dance jam — oh, and wait til you hear who they’ve got on the bill in mid-May.)

So all things considered, we’re very excited to reboot in fine style later this month: Wednesday, May 30 we’ll kick off our monthly with none other than NYC’s desi diplomat, DJ Rekha, host of Basement Bhangra, North America’s premiere bhangra party 15 years and running. (To our delight, but not surprising if you know anything about modern/urban bhangra, Rekha’s also a not-so-secret dancehall devotee.) Check this recent radio set and bhangra-funk-carioca collabo to get a sense of Rekha’s range — that is, if you don’t already know.

If you do, I trust we’ll see you pon the SS Beat Research w/ Admiral Malhotra at the wheels– 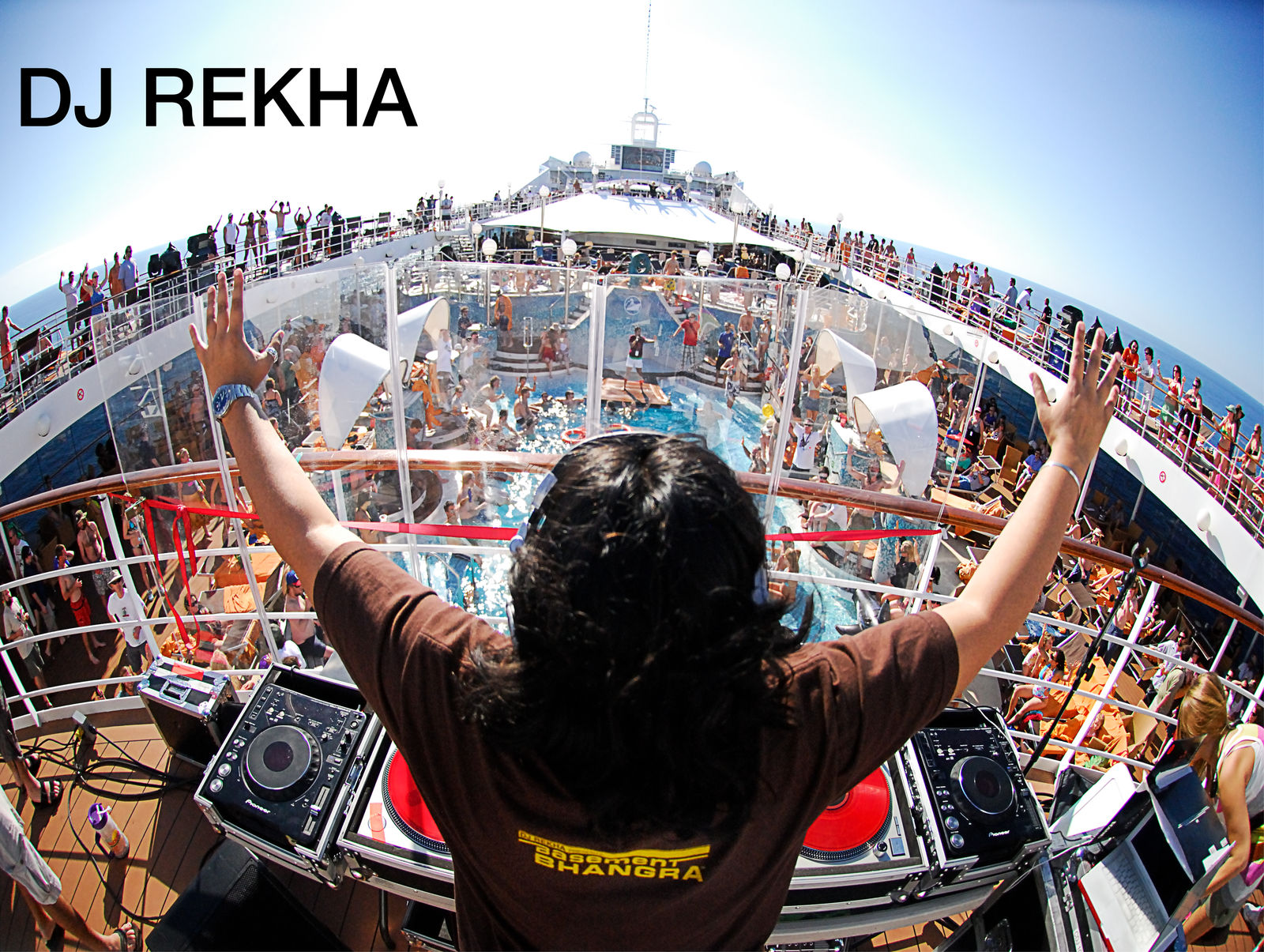 Unfortunately, we won’t actually be on a boat — though a BR booze-cruise could be…something — but I’m happy to report that we’ll have another special guest to help Flack & I warm things up for Rekha: local skweee aficionado Radio Scotvoid will be playing an early set from his worldclass collection of skweee 45s. That’s right, skweee 45s!