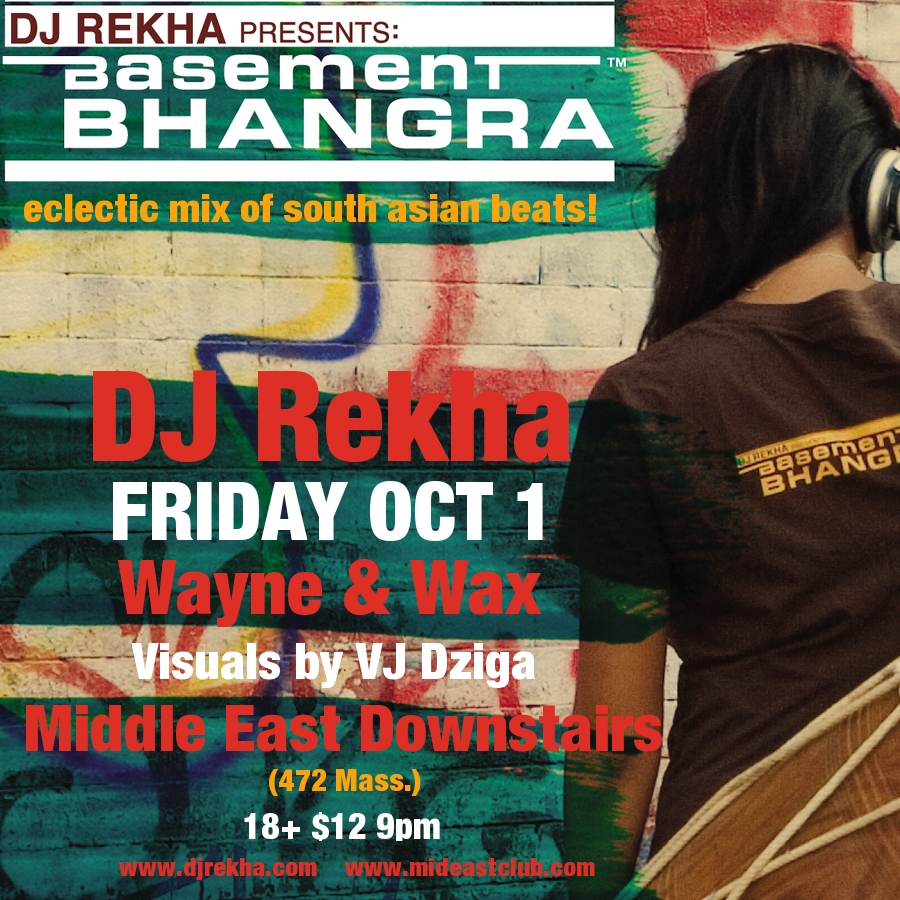 “Downstairs Bhangra” doesn’t quite have the same ring as “Basement Bhangra,” the legendary monthly at SOB’s that DJ Rekha has been holding down since 1997, but I couldn’t be happier to warm up the crowd for her this Friday at one of Cambridge’s biggest local venues, downstairs at the Middle East.

I’m looking forward to playing through that big ol’ soundsystem, especially since Rekha has requested that I bring some good dubby vibes to the party. She also tasked me with the interesting challenge of playing stuff “suggestive of” but not actually bhangra — and she noted that dancehall works pretty well. Even so, I’m not going to be able to resist pulling out a couple classic tracks here and there, especially some seminal early 90s productions by Bally Sagoo, which still sound to me like quasi-proto-reggaeton and which, as early as 1992, seem to prefigure all the various shapes that modern/pop/club bhangra would take over the next couple decades. Sometimes in the same song!

I’m also thrilled that our man VJ Dziga will be providing live visual accompaniment, likely on a Bwood remix tip. Should be a lime. Come twist imaginary lightbulbs.