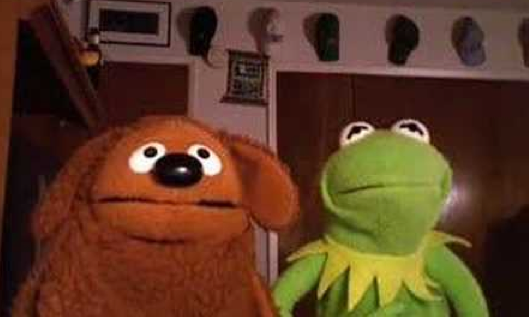 Back to the native genre beat for a moment…

I’ve realized that I neglected to mention such obviously indigenous YouTubery as dhol playalongs and keystyling vids (wherein one “freestyles” a few bars in the comments section of a hip-hop instrumental), but these clearly have their precedents in pre-online-video cultures — if far less public and “permanent” — whereas the K-pop reaction video, which Alexis “@pm_jawn” Stephens recently brought to my attention, is one of the best examples I’ve seen yet, in part because so recent and in part because so inextricable from YouTube. (And which I used to frame the “Sorry Sorry” montage I made last month.)

Here’s Alexis on the phenom —

A reaction video is when someone records themselves watching a music video for the first time via a webcam and then uploads it to YouTube. In K-pop reaction videos, there is often a picture-in-picture showing the progress of the music video, or MV, so that the viewer can follow along with the YouTube user’s knee-jerk, often funny responses. Nothing gets more up close and personal as YouTube, because it gives you a direct visual portal into the living spaces of other fans. The popularity of the K-pop reaction video has grown alongside K-pop’s ascent as an international cultural phenomenon.

Recorded all over the world and in a variety of languages, these reaction videos can themselves rack up hundreds of thousands of views — a staggeringly popular form of meta-voyeurism. (Surprising but persuasive, Alexis proposes a possible genealogical link, or at least predecessor, in the 2 Girls 1 Cup meme from a few years back.) And of course, they aspire to be as effectively performative, complete with tropes and archetypes, as the original spectacles to which they bear affective witness.

Alexis shares the following example, instructive and quintessential in a number of ways:

What immediately struck me was the self-conscious performance of fandom here — and the remarkable parallels between the mastery of codes and forms by reacting viewers and by the spectacular performers of K-pop. The particular viewer-performers above are from the UK but totally fluent in contemporary American/global slang, much of it in the form of stylized African-American vernaculars (including black men’s, women’s, and queer idioms) — indeed, about as fluent, it strikes me, as the K-pop performers themselves (who, it must be admitted, are pretty virtuoso in this regard).

Along these lines, if one frame removed, the video by G-Dragon they’re reacting to above clearly merits a multitude of reactions:

It’s amazing, dense, vivid, masterful, and playful. Clearly, it would be a mistake to reduce the pleasures of K-pop to a simple if charming form of mimesis. Rather, this is sui generis mastery of craft and gesture. Observing K-pop stars making a splash at fashion weeks around the world may offer a better angle from which to appreciate K-poppers’ distinctive synthesis of an irreducible array of signifiers, whether or not many of them are cribbed straight from the (Af-Am) hip-hop playbook.

It seems to me that K-pop’s “appropriations” demand a different frame of analysis (although, this video prolly owes MIA money) — and the reaction vids, including entire networks of African-American appreciators help complicate the picture further. (My “Sorry Sorry” montage includes a group of black college students watching the Super Junior video, with one singing and one dancing along.) In contrast to many other “global” (ie, local, non-US) hip-hop scenes, K-pop’s take on hip-hop does not begin to pretend to any alignment with the margins of society. The only authenticity operative here, it seems, is a demonstrated commitment to cultural currency. It’s purely a matter of style and swagger and savvy manipulation of global symbols, musical and sartorial and gestural &c.

Stepping back another frame again, there’s something perfect in how reaction videos themselves function so similarly, often mobilizing and reaffirming the same sets of codes and signs. K-pop reaction videos are an amazing and amusing performance of fandom in an age when it’s easier than ever to share that experience with others. They’re an imagined but also, notably, asynchronously witnessed form of collective joy — of the pleasure of sharing an appreciation for cultural codes and their spectacular, affective enactment (across language lines or other borders).

In some interesting ways, then, reaction videos might be understood as attempts to bridge the gap that Michael Warner contends is always there for so-called publics. For Warner, publics are necessarily constituted imaginatively and asynchronously as people engage the same circulating text, privately, and then imagine themselves as part of a collective addressed by it. Reaction videos may still be “private” engagements both in their production and reception, requiring private attention, but their publicness and persistence would seem to heighten the feeling of sharing such collective engagements with public texts. These private moments of attention become a lot more visible, perhaps even more intimate, ironically.

As such, and in contrast to publics gathered around print material, K-pop reaction communities may better resemble the “counterpublics” that, for Warner, “make expressive corporeality the material for the elaboration of intimate life among publics of strangers” [p.76].)