A little late to report this here, but two weeks ago FACT Mag ran an interview with Mike Paradinas, aka µ-ziq, perhaps better known these days as the head of Planet Mu Records. FACT describes the label so —

Initially serving as an outlet for the IDM scene and its offspring, the label has since undergone a series of radical overhauls, consistently wrong-footing its detractors and cementing its position at the forefront of all things electronic. In the mid-2000s the label served as an essential platform for dubstep’s launch into the mainstream; in recent years it has become renowned for championing Chicago footwork, helping to plant a previously obscure music firmly in the global musical consciousness. 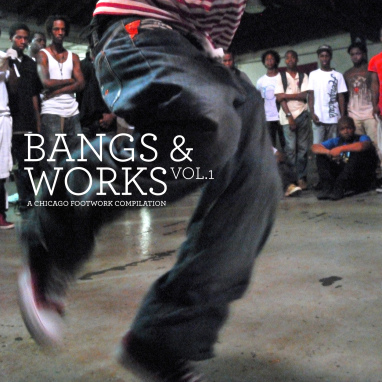 With footwork for example, how did you discover that? Was it something you stumbled across?

MP: “Yeah. I think Wayneandwax posted something on his blog, maybe, and I clicked a link. Then I just followed all the YouTube links from there, and there was shitloads of stuff, and it was all completely amazing in its own way. Although we got a lot of criticism from certain corners of Chicago for releasing DJ Nate. So then I suppose we had to redress the balance slightly.”

Noncommital attribution or not, I do appreciate the nod. (Thanks, Mike, if you still read on occasion.) Can’t help but be delighted by even the faintest possibility that this here blog had something to do with oddball Chicago bedroom / rec-room music crossing over into the global bass mainstream (for better and worse). I started blogging about juke back when I lived to Chicago and discovered imeem (at the same damn time). Sudden juke goldmine even if everything was pretty much streaming at horribly compressed levels. And I was a certified Nate booster, so that might explain some things too. If this really was the chain of events, sure was a roundabout way to finally score some Nate 320s!

Speaking of betterdom or worsement, allow me to share a bit more:

In general do the Chicago scene approve of what you’ve done with footwork?

MP: “I think they just want to make money. I mean I think they care whether they’ve been represented, individually, correctly or not, obviously. And that the scene has been represented OK. And that’s why they didn’t like what had happened about DJ Nate – self-appointed scene members were upset by it. But above that, I suppose everyone wants to be successful. I think artistically we were successful [with Footwork], but it hasn’t been the best-selling thing. Some of the artists made advances from us, and that’s been good for them. And Rashad and Spinn have been playing out a lot. I’ve always wanted Hyperdub to release some [footwork]. Because I felt like people were looking at Mu as if it was mental, releasing all this Chicago footwork. I wanted not to be alone. Though there are a lot of labels releasing pseudo-footwork – even us, even Planet Mu.”

What sort of things are you referring to?

MP: “People like Machinedrum. FaltyDL has been doing a bit of it, though I don’t think it’s been released. I think Machinedrum’s has been successful in that it wasn’t emulating footwork – he was taking a deeper sort of response to it. But there has been a lot of other things – like Krampfhaft – it’s all a bit pyrotechnic-ey. I don’t think the European and white American response, unless you’re in the [Chicago] scene, has been that successful. It’s not very grassroots is it, it’s just part of the post-dubstep scene, and so there’s not really a big reason for it to exist other than, ‘Oh I’ve been listening to a bit of this, I’m going to put it in my music’. Some of it’s more successful than others. I think the first successful track for me – apart from Machinedrum – was Mark Pritchard as Africa Hi-Tech, ‘Out In The Streets’. But then Mark’s a fucking great producer.”

My first reaction was: don’t blame me for future-juke! Just kidding, my actual first reaction was: gotta appreciate the candor. Paradinas appears to come by his love for and opinions about the music honestly. Gotta appreciate as well that he’s put some Chicago-based producers, established and emergent, into circulation for entirely new publics — and into little more posterity than the socialmedia “platform” du jour.

The Young Smoke album Planet Mu put out last year was one of my favorite things of 2012 and still resides on my smartphone many months later (which is something, trust me). To think that I might have had some passing influence on the processes that led to this music finding me 6 years later puts a little smile on my face, no lie.