This Saturday I’ll be at Cornell, speaking on a panel alongside some esteemed colleagues. The subject at hand is, more or less, the animating force behind this blog in recent years: “(post-)regional dance musics and their transformation through the internet” —

The students organizing the event have an ambitious agenda for digging deeper into this stuff. They envision Saturday’s panel as “a way to introduce, contextualize, and start a dialogue that really hasn’t existed in (with a few exceptions) academic circles.” That said, I’ll be curious to see whether the turnout is largely students or whether some scholar-colleagues will join us as well. Although some of the speakers are (aspiring) academics, I’m told that our profiles as bloggers were central to the invitation, “an interesting statement on the role of the internet in the circulation of these regional styles.”

The organizers tell me that they hope this weekend’s event will pave the way for two future shows involving some of Chicago’s best and brightest. (Their wishlist includes DJ Rashad, DJ Deeon, DJ Clent, Jammin’ Gerald, and Traxman). Nick, one of the organizers, adds: “Admittedly, the shows are super Chicago centric, but this is what I’ve played the most and what I’m the most familiar with (I’m from Cincinnati, Ohio). Working on planning some stuff next semester and bringing some other folks up.”

Sounds like a plan to me. I’m happy to be a part of the conversation, and I’m thrilled to chat with some smart participants/observers who’ll bring to the (round)table years of experience in and research on such crucial sites as Chicago, Detroit, Baltimore, Atlanta, and New Orleans. No doubt you all know blogging brethren like Gavin Mueller, a perennially sharp critic of world2.0 and longtime ghettotech interpreter, but I’m also looking forward to meeting Al Shipley, the guy who’s writing the (kickstarted!) book on Bmore club, as well as Matt Miller, scholar of bounce and other dirty southness, and, last but not least, Ghettophiles‘ Neema Nazem, who first came to my attention as an acid-tongued but well-meaning interventionist in London’s burgeoning love affair with juke.

Oh, and did I mention there’s a party Saturday night featuring the mighty Dave Quam on the decks? YES. 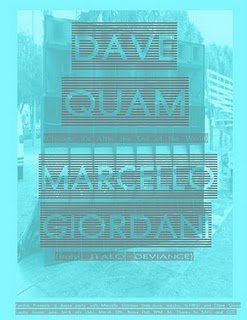 I don’t have much more to add for now. Longtime readers should know that my pantheon of everyday heroes in recent years is remarkably populated by some central players in this story: courageous (if often faceless) kids dancing up a storm at school, at home, on the street, & on the screen —