As noted elsewhere, this here humble blogger has been bestowed a spot in the 2006 edition of the illustrious Da Capo Best Music Writing series. What’s more, it’s one of my blog-posts — as opposed to a more traditionally “published” piece — which has earned itself the distinction. Of course, the post in question is the famous “we use so many snares” (aug ’05), an exploratory exposition on reggaeton which resonated, almost immediately, with music bloggerati and aspiring reggaeton producers alike.

Indeed, the same post (and its critical reception) is more-or-less what landed me an invitation to write for the Boston Pheonix, which in turn (and in conjunction) landed me an invitation to co-edit a forthcoming anthology on reggaeton. So the rewards for deciding one random night to put my thoughts together and put ’em “out there” have been abundant. (Take note, aspiring “music writers.”) And I have to admit that I’m pretty psyched, being an aspiring bookwriter and all, that something I just threw off late one night turns out to be my first inclusion in an actual book on actual shelves in actual stores. Of course, the implication that blog discourse is now eligible to be considered alongside, say, pieces in the The New Yorker, is a pleasant bit of levelling more broadly (which also makes me happy). And it delights me as well that my embrace of the multimedia potential of the webbyweb — integrating screen shots, hyperlinked “footnotes,” and audio samples — seemed to be what made the post so (literally) resonant.

Which obv makes it all the more odd now to find my lowercase screed in print, devoid of linkthink and soundclips. Ah, if these embeddable thingies were only embeddable in a book:

Here’s the table of contents, if you’re curious. (And for those who want to read a number of the pieces free of charge, this guy links to all the selections available online.) I haven’t quite done the Jeff Chang breakdown for this edition, but despite some misgivings about the reproduction of privilege such collections can enact, I feel like I’m in good company overall. Indeed, at a glance I’d say the editors have dealt decently, if not quite radically, with the question of diversity, at least given the overall preponderance — an embarrassingly skewed distribution at this point, no doubt — of rockist, white, male writers hogging up mastheads in general. (Which, we can rest assured, Jeff’s own forthcoming edited collection will serve to counteract.)

I’ve got to thank editors Daphne Carr and Mary Gaitskill for selecting my post for inclusion, of course, but I’ve also got to thank /Jace, Simon, Catchdeezy, and all the folks who somehow decided — prolly via one of those three — that the post was the reggaeton post and should be shared on message boards of all sorts. As one can see, all that activity sent the ol’ sitemeter into a late-summer convulsion of sorts and brought my “music writing” to lots of people’s attention. 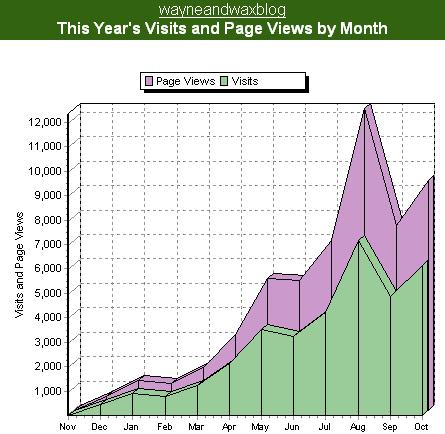 Finally, I’d like to thank those who left great comments on that there post — and, for that matter, those who leave great comments on any post I post. Several selected commenters on “so many snares” already know that their participation is much appreciated; they were mailed checks months ago and promo copies last week. (How’s that for incentive?)

F’real though, I’d like to take this golden opportunity to encourage any and all readers out there to leave comments if ever so inspired (and you need not be soooo inspired) — not because there’s a possibility it’ll get published and you’ll get (modestly) paid, but because I deeply appreciate people sharing their perspectives with me, telling me what they think I’ve gotten wrong and gotten right, pointing me to new things, and challenging me to beat-making contests.

As the story of the post with so-many-lives attests, this blogging thing really does feed back into my work. For me, the blog is an experiment in voice, a method of research and publication, a writing discipline, a journal, a wiki, and an art project rolled into one. It’s not that I’m hoping you’ll all become my research assistants (though collaborators are welcome), but rather that you’ll engage in conversation with me, helping me to hear as we listen for the snares to shift yet again.

Which is to say, lend me your ears and I’ll lend you mine.

11 thoughts on “Feather in My Blog”