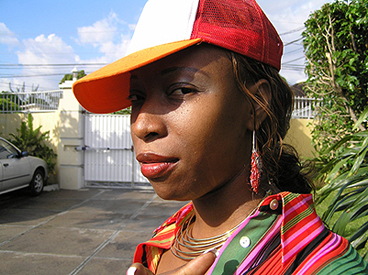 Reminiscent of Fiddy’s early breakout track, the mighty Macka Diamond — of you nuh ready fame — shakes down the dancehall pantheon to hilarious effect on her new jam “Robbery” —

I esp appreciate the Junior Reid and Mavado bits.

You may notice that the riddim propelling Macka D’s stealing spree sounds a little familiar. That’s because it’s basically the Martial Arts, released by Kings of Kings in 2001. Now, just 7 years later, dancehall stylee has come around such that Scatta could give it a minimal relick and make it sound absolutely contemporary. Gotta love di riddim meth0d!

Which raises the question: is it robbery to rip off oneself?