Clifford Geertz passed away this week. An innovative and influential anthropologist, Geertz’s clear, engaging prose advanced what he called “interpretive anthropology” in the early 70s — taking a semiotic or hermeneutic approach, reading/writing culture as text, thickly describing what he called, after Weber, “webs of signficance” and interpreting them in search of meaning.

It’s quite impossible to talk about L20C anthropology or ethnography (and for me, quite hard to conceptualize culture) without thinking of Geertz. His illuminating perspectives will be sorely missed, but we rest assured that we’ll be reading along with him for some time yet.

We just read Geertz’s “Thick Description” (1973) in class a couple weeks ago. In the essay, he advocates, among other things, “cutting the culture concept down to size, therefore actually insuring its continued importance” (4). Well before anthropology’s “crisis of representation” in the late 80s, Geertz noted that we may as well embrace our role as interpreters and give up on false notions about objective observation and representation, arguing that “what we call our data are really our own constructions of other people’s constructions of what they and their compatriots are up to” (9). And yet, he was careful to warn that “Nothing will discredit a semiotic approach to culture more quickly than allowing it to drift into a combination of intuitionism and alchemy, no matter how elegantly the intuitions are expressed or how modern the alchemy is made to look” (30).

Some other gems from that essay, which you should certainly read for yourself:

“Understanding a people’s culture exposes their normalness without reducing their particularity.” (14)

“The aim here is to draw large conclusions from small, but very densely textured facts; to support broad assertions about the role of culture in the construction of collective life by engaging them exactly with complex specifics.” (28)

i.e., it’s turtles all the way down — or as he relates it himself: 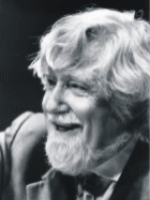 ps — the natives over at Savage Minds recommend some resources for those who want to learn more, including a relatively recent “auto-obituary” by the man himself as well as the quite comprehensive HyperGeertz archive.

5 thoughts on “Turtles All the Way Down”