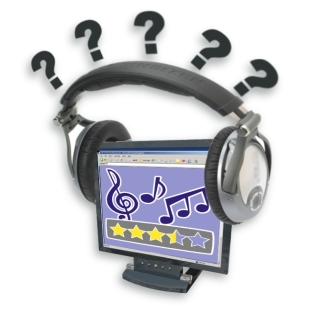 No, this post is not principally asking about things I should go see at SXSW next week, though I am eager to know about promising parties and awesome acts to catch. Holler if you’re gonna be in town or have a tip. (I can safely predict I’ll be unable to avoid the Tormenta Tropical tractor beam.)

Mainly, I’m posting to seek a little crowdsourced feedback. I’ve been invited to SXSW to speak on a panel about the history of music recommendation, or to put it another way: music “discovery” in (and before) an age of algorithmic “recommendation systems” and socially-networked music apps. Or: how do people find music today — or how does it find them — and how does that compare to times past?

Here’s how the convener of the panel, Michael Papish of Media Unbound*, only slightly cheekily frames the conversation:

1. How did people ever learn about music without the Internet? Is this even possible?
2. What was the role of music performer in introducing audiences to new music?
3. How can songwriters teach listeners about music?
4. What is the place of the “cover version” in song discovery?
5. Was there a time when terrestrial radio helped people discover music? What different radio formats worked best for music discovery?
6. What is the current state of music discovery via radio (terrestrial, satellite, internet, interactive, etc.)?
7. Can record labels and music publishers create trusted relationships with listeners that allow them to find new and interesting music? Has this worked in the past? Are there groups doing this successfully today?
8. What about movie soundtracks?
9. Do people actually read music criticism?
10. What is the history of listener-to-listener music sharing?

I’m especially interested in the final question Michael poses, wondering about the ongoing history of listener-to-listener sharing (as opposed to artist-(industry/label)-listener models). I know that, for my part, I still tend to find most of the music I come across through directly interpersonal means. These days, that can be both in person (especially at gigs), but also, increasingly, via email or Twitter. And of course, in terms of seeking things out (which I do less and less, so much being pushed at me), I still find music blogs the best place to go to — as opposed to “music journalism,” which I seek out less and less — and reading other people’s blogs also feels like a listener-to-listener model.

I’m definitely curious to hear any anecdotes that readers would like to share. Given the open-eared, active connoisseurship which animates a lot of friends of W&W, I suspect that most of you still have plenty of traditional, interpersonal, offline/nonalgorithmic ways of finding new music. But I’ll be just as eager to hear from you if you happen to think that Pandora is the bees’ knees.

Of course, I’ve been thinking about songs as shared things for a little while now. And I’d love to be able to put that into broader historical context (and that’s largely gonna be my job at SXSW). I think that volumes like My Music as well as Tom Turino’s new Music as Social Life help to offer useful perspectives, and I love when little gems like the following leap out at me from music books otherwise concerned with other matters:

[Moses] Asch arrived at school [in Germany] in 1922 and discovered that the students, who came from all over the world, liked to swap songs from their countries. (86)

This sort of socially-guided music discovery is, essentially, one of the main things that DJs do (whether on the radio or in the club). And there are lots of continuities we could draw between music discovery in pre- and post-Internet time.

But I’m particularly curious to know what has changed, if anything, about our patterns of music discovery, and which recommendation “engines” we find most useful / awesome. Among other changes, musicologist Mark Katz suggests that the advent of unparalleled accessibility of music online has engendered (or at least strengthened) what he calls a “divergent approach to discovering music”:

Instead of seeking out particular pieces (a convergent approach), one initiates an intentionally general search in hope of broad and unfamiliar results. A search until the term “cello” yielded not only the expected (Bach’s cello suites), it introduced me to Nick Drake’s haunting “Cello Song,” the works of Apocalyptica, the Danish cello quartet known for its Metallica covers, as well as to the riches of Annette Funicello. What by all rights should be condemned as a poor search engine served as my trusted guide into the musical unknown. (167)

Adding to the pile of data & interpretation, a recent sociological study by Steven Tepper and Eszter Hargittai uses a sampling of college students (from 2003-05, unfortunately — given how much has changed in the YouTube era) to investigate “pathways to music exploration in an environment that offers numerous choices for discovery.” Considering the roles of cultural capital and social status as well as massive technological change, their findings suggest that,

Allow me to quote them at somewhat greater length, as the authors attempt to place their critical questions into historical context:

Prior to the digital revolution, discovering new music required an array of resources. Two decades ago, the expense and time required to discover new artists, especially for young people, was considerable. Music ‘‘mavens’’ often had to own their own cars and had to travel regularly to inner-city neighborhoods to patronize record stores that were off the beaten path. They invested significant sums buying dozens of albums every year in search of new unfamiliar artists. These ‘‘opinion leaders’’ and discoverers had to rely on broad social networks – family and friends living in other cities and countries, who would regularly send them music that was not available locally. They would have also spent time and money listening to new local bands in music clubs in the city. And, they would have subscribed to high-priced magazines like The Wire, where they searched for reviews of non-mainstream, cutting edge artists. In part because of issues of access and expense, past music mavens and opinion leaders have tended to come from the ranks of the elite.

In theory, the digital revolution and the arrival of new technologies should democratize the discovery of new music and the capacity for individuals to become opinion leaders in culture. More people have access to a greater variety of culture than ever before. The digital divide creates new inequalities, but as this divide closes, as some commentators contend that it will, more citizens will be able to discover new music through a variety of online services. If discovery and opinion leadership are sources of status, then new technology might serve to flatten hierarchies and cultural advantage. It is beyond the scope of this paper to sort out the relationship among technology, discovery, opinion leadership and status. But, we can answer the following more descriptive and more limited questions: First, does new technology facilitate discovery of new music for college students? Second, is everybody using new technology to discover new music or just some students? If there are variations in this activity, are there identifiable status differences between users and non-users? Additionally, are users more likely to be opinion leaders? If so, what are the distinguishing characteristics of opinion leaders in the realm of music exploration? Are such opinion leaders more omnivorous in their tastes? Are they pre-disposed toward experimentation? (230-1)

While I find Tepper’s & Hargittai’s narrative framework above to correspond to my own intuitive sense of how — if you will — things done changed, I also find it somewhat wanting in grain of detail. Unfortunately, it’s not as easy to go back and survey “music mavens” and “opinion leaders” in the 80s or 90s. And this is where you come in.

In other words, I ask you, dear reader, to please help us out. Leave a comment indicating what, if anything, has changed in your own processes/practices of musical discovery/recommendation over the last several years. If you have a particularly illuminating bit of historical context to offer, as always, I’m all ears!

* Full disclosure: I worked as a lowly data-processor for Media Unbound, a modest but awesome music meta-data company (which was very recently acquired by a larger one), between 2003-4, grooming info fields for reggaeton artists and British boybands alike. It was a trip, and it helped pay the bills while I was writing my dissertation.

18 thoughts on “Music Discovery (at SXSW)”