Recently I brought two authors to campus to share their work with my class — that’s the only connection between the two otherwise disparate topics in the title of this post. (Hope I didn’t alarm anyone by implying improbable causal relationships.) 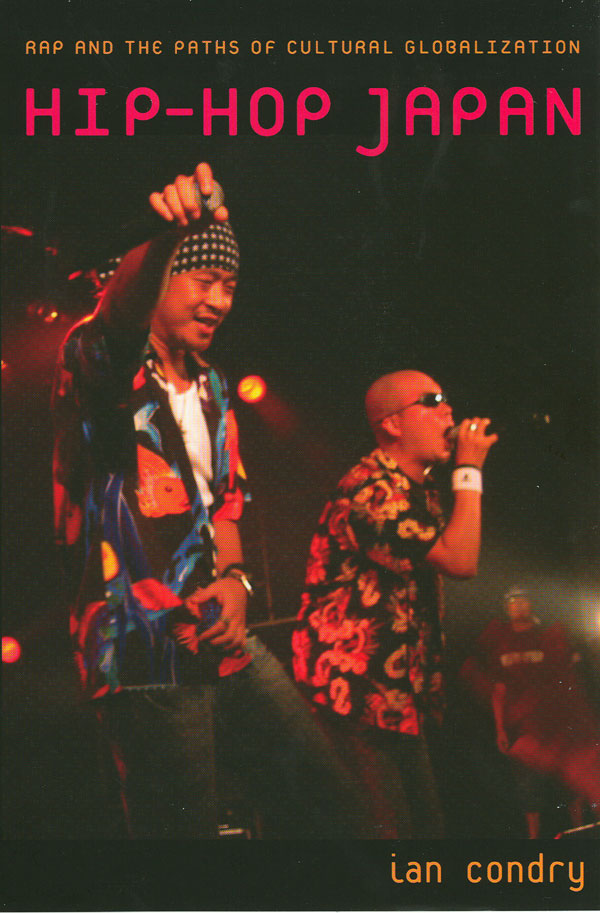 The “hip-hop Japanthropology” was c/o Ian Condry, a professor at MIT who wrote Hip-hop Japan — one of the texts we’re reading in my “Global Hip-hop” course this semester. The book is really quite good, an ethnography and analysis of, as the subtitle says, “Rap and the Paths of Cultural Globalization” in Japan. The text’s most important contribution to the global hip-hop literature, in my mind, is that Condry directs the reader away from misleading binaries such as local/global or imitation/authentic in order to focus on what seems the more interesting implication of hip-hop as a cultural phenom in Japan: i.e., the way that the use of such a “foreign” cultural resource as hip-hop serves to animate discussions in Japan about Japan — esp, about the alleged homogeneity of Japaneseness.

It’s a well rounded, deeply informed study, and Condry offers some supplements on his website, including a link to a subtitled version of King Giddra’s “911,” a striking meditation on, as GW would say, September the 11th. For Condry, Giddra’s “911” demonstrates that, despite such close engagement with US culture, Japanese hip-hoppers have a distinct, distanced, nuanced take on American affairs (connecting the event, for example, to the bombing of Hiroshima and criticizing our Manichean media response).

The refrain of “9 – 1 – 1” in the chorus, reminded me of the following song, which made me wonder: is it really possible that no jaded observer has yet redeployed Flav’s chorus as a critique of the other 9-1-1? 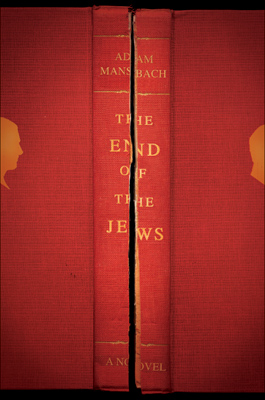 The End of the Jews refers to the new novel by Adam Mansbach, a self-proclaimed (and justified) hip-hop novelist. When he spoke to the class, Adam did a wonderful job explaining what he means by the phrase “hip-hop literature.” He doesn’t mean books about hip-hop or featuring graffiti-esque fonts on the cover. Rather, for Mansbach, hip-hop literature comes into its own when it’s no longer about content but about form: hip-hop form. Hence, he likes the idea of hip-hop’s aesthetics as applied to things other than, say, the ol’ 4 elements. He discussed hip-hop academics as an example (and I’d like to think that I do bring a little hip-hop to class & conferences with me, whether or not I’m talking about hip-hop). But, most important, he talked about how he saw hip-hop inform in his writing style — the way he “chops” his words, the sense of flow, of play and humor, and, among other things, an underlying engagement with ideas about race and self and community and struggle.

Dude’s gotta show and prove, of course, and so his latest novel is about a multigenerational Jewish family rather than, say, a rapping, riot-causing race traitor. Sure, there’s a hip-hop gen DJ/graf-writer among the protagonists, but also a depression-era novelist and an Eastern European jazz photographer. It definitely reads as if written by a “head,” and even in the passages where one might least expect it. See, also, for example, “The case for ‘White History Month.'”

Mansbach may seem a stretch of a guest in a “Global Hip-hop” course, and it’s true that he was. But I didn’t want to miss the opportunity to have him share his story of black-Jewish relations, otherness, and hip-hop aesthetics with my class, especially considering where I teach. The week Adam visited us, we were studying Germany, which of course has its history of struggling with notions of self and racial otherness. This is a dimension unavoidable in a study of German hip-hop, since so many groups (e.g.) have represented the interests and plights of gastarbeiterin and their children and childrens’ children. So I introduced Adam by noting that Jews were archetypal racial others in Germany (and Europe more generally, along with “gypsies,” “moors,” etc.), but that for all their persistent otherness here in the US, it is an otherness of a different kind from that of blacks. This is an idea I cribbed from an interview with Adam about the book, in which he argues that

one of the great — if complicated — stories of 20th-century American culture is the relationship between blacks and Jews as Others, where immutable black Otherness has served as a foil for the mutability of Jewish identity, a dynamic that binds us together, if uneasily.

I’ll stop there for now, but suffice it to say that the book’s a good read. I’ll finish by saying that one thing I’ve learned to love about Adam is that he’s both an erudite mu’fukah and yet still sorta talks like a homeboy.

Reminds me of someone.

4 thoughts on “Hip-hop Japanthropology & the End of the Jews”