Plena is Spanish for ‘full.’ But it has other meanings too, depending where yr @ —

The riddim method has been alive and well in Panama for many years. Before Puerto Ricans took up the mantle, it was Panamanian pioneers such as Nando Boom and El General who showed the way for gente to rap (or better, deejay) over dancehall riddims in Spanish. As demo’d by collections such as this one, a good number of formative Panamanian reggae jams were essentially traducciones of contemporary Jamaican hits. That tradition — of translating and transforming the latest greatest Jamaican reggae songs for Panamanian audiences — continues apace today.

When I was writing my chapter for our reggaeton book, I surveyed the contemporary Panamanian scene to see how that time-honored reggae tradition was faring and found a good number of cover songs amidst the current crop of productions. Here’s part of what ended up in a footnote:

… in 2006, one could hear Panamanian DJ Principal proclaiming himself “El Rey del Dancehall” with the same cadences and over the same riddim that Jamaica’s Beenie Man used to crown himself “King of the Dancehall” a few months earlier, or Panama’s Aspirante employing for “Las Cenizas Dijeron Goodbye” the melody from Jamaican singer Gyptian’s “Serious Times” over a reverent re-lick of the strikingly acoustic Spiritual War riddim that propels the original (though Aspirante changes the text from a meditation on the state of the world to a failed relationship).

All of this is un poco preamble to put into context the tip I received from a reader this week (thx, Tom!), reporting that Panamanian reggae artists are, unsurprisingly, enthralled by the “Miss Independent” riddim. No doubt this is well below the radar — none of these Panamanian versions are about to get played on, say, Hot 97 as Vybz’s “Ramping Shop” was — so I doubt that N_-Y_ or St_rg_te or E_I will be sending threatening emails anytime soon (certain vowels omitted to evade litigious Googlers).

Tom says that he counted no fewer than 11 (!) songs employing the riddim. Here are a few, including one which, funny and densely, simply features someone rapping in Spanish on top of Vybz and Spice’s song. The rest employ the instrumental riddim-wise —

If you want to hear more along these lines, check out this mixtape of Panamanian dancehall, aka “Da Spanish Reggae Blue Print” — 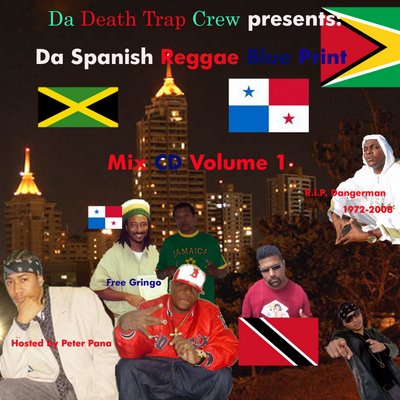 & if you want to learn more about the plena / bultrón / reggae/ton scene inna Panama, check out the blog by MTVU Fulbright scholar, Larnies.

Finally, talk about plena — this site has more mp3s than you could shake a bot at. Basta! I’m full —

6 thoughts on “A La Plenísima”