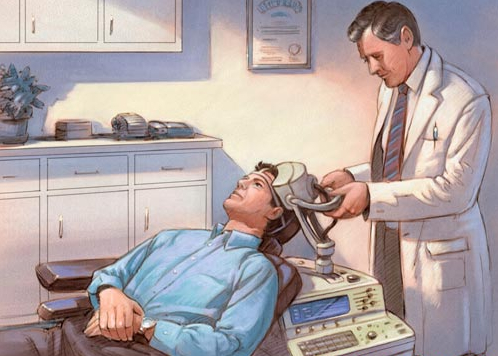 My fellowship at Brandeis runs out at the end of this semester, and right now it’s pretty unclear where I’ll be teaching come fall — or whether I’ll have a job at all. Like many institutions, Brandeis was hit hard by the Wall St credit collapse (suffering an endowment loss in the double digits), and the Madoff scandal — although not a direct hit — had quite an adverse effect on the fortunes of the school’s biggest donor.

In response, the administration here has been implementing some rather severe austerity measures over the last few months. A full hiring freeze was announced almost immediately, followed by word that even adjuncts would not be hired in the next year. (Tenured faculty will have to pick up the slack: in the Music Dept, that means no ethnomusicologists to teach about the world beyond European/American art music. “I once saw a picture of a sitar,” joked a colleague when it was announced at a recent deptmental meeting that someone in-house would have to cover “world music.”) Coffee and snacks are no longer served at faculty meetings, and the annual holiday party was canceled. To save staff jobs, the (tenured) faculty were even considering donating 1% of their pay.

So what once looked like the reliable promise of a tenure-track job offer for me here — with the support of both the Music and African/Afro-American Studies depts — has disappeared down the “financial crisis” rabbit hole. The fact that other universities are experiencing similar scenarios means that the number of jobs available next year are few and far between, especially if — like a fool like me — one is attempting to limit one’s search to a particular geographical area. You’d think Boston would be a better place than most for that — and it is — but this year things are looking dire everywhere. Indeed, I just received word today that one local university to which I applied has, like many others, canceled their search.

Against this bleak backdrop, I was struck by a bracing post by Jodi Dean; allow me to quote at some length —

Tenured faculty are generally in a pretty good position for riding out the recession. Most of us don’t have to worry about unemployment. Many of us are likely to keep fairly decent insurance and retirement plans. And, we are likely to retain this security even as others employed at our colleges and universities risk losing their jobs and even as more students will face more challenges in paying for a college education. We will retain security (although we may not get cost of living raises) at the same time as we watch the detrimental impact of the market and overall global economic crisis on our institutions, particularly on the endowments and the portion of the operating budgets that come from these endowments.

What this will mean is that many administrators will start wielding the explanation ‘the economy’ for all sorts of decisions. Any time they confront disagreement or noncompliance, perhaps even any time they are asked for reasons or to fund conventional elements of academic life, they will bring up ‘the economy.’ We should expect, then, a crackdown on more radical, innovative, creative, non-easily monetarized fields, activities, and speakers. So we need to be vigilant: what is getting cut? what is funded? why? What was reasonable and expected two years ago may now be cut.

But not everything is cut–faculty need to be on top of what is cut and why. Is money available for projects related to homeland security? green technology? what about contemporary radical philosophy and psychoanalytic theory? what about philosophy departments? political theory? LGBT, cultural, SSST, postcolonial studies?

We should also be aware of self-censorship: do we stop proposing projects, speakers, symposia? do we alter the topics in ways that are less radical, creative, or experimental, in ways that conform in advance?

We should not let administrators pull divide and conquer moves.

We should learn from the history of the labor movement and be attuned to attempts to add to the length of the working day and intensify the output of faculty labor. This will be done as non TT faculty–whose work is crucial to the operating of many colleges and universities and nearly all large state universities–are let go.

We should not accept the assumption that faculty time is infinitely elastic. Again, this assumption will fill in the gap left by the elimination of “contingent faculty.” It will also be an ever-increasing technique of power, one that deliberately expends faculty time in some areas to prevent its deployment elsewhere, one that increases a sense of vulnerability among faculty, and one that is likely to be instrumental in increasing resentment and thus fragmentation among faculty.

Faced with any set of cost-cutting options, we should ask why these rather than others, whose interests do the cuts serve, how were the options determined. We should not be like so many Congressional zombies mindlessly following Henry Paulson. There is time to reflect, consider, and evaluate.

We must not let the problems in the economy achieve what the right has been fighting for for decades. This is culture war by other means (just as culture war is…).

Sound familiar? Here’s Naomi Klein on what she calls the “shock doctrine” —

At the most chaotic juncture in Iraq’s civil war, a new law is unveiled that would allow Shell and BP to claim the country’s vast oil reserves…. Immediately following September 11, the Bush Administration quietly out-sources the running of the “War on Terror” to Halliburton and Blackwater…. After a tsunami wipes out the coasts of Southeast Asia, the pristine beaches are auctioned off to tourist resorts…. New Orleans’s residents, scattered from Hurricane Katrina, discover that their public housing, hospitals and schools will never be reopened…. These events are examples of “the shock doctrine”: using the public’s disorientation following massive collective shocks – wars, terrorist attacks, or natural disasters — to achieve control by imposing economic shock therapy.

If I’m no longer a gainfully employed ethnomusicologist come next fall, don’t be shocked if the tenor of this blog changes quite radically.