I reviewed Rolê – Novos Sons Do Brasil, a new compilation from Brazil’s Mais Um Discos, for Issue 365 of The Wire (July 2014). Given my prolix proclivities, I was glad to get a little longer leash (i.e., wordcount) for this one. Nice to be able to stretch out a bit — and dig in — given how short record reviews tend to be. I was also especially happy to get the phrase “Carne vale, my ass” into print! 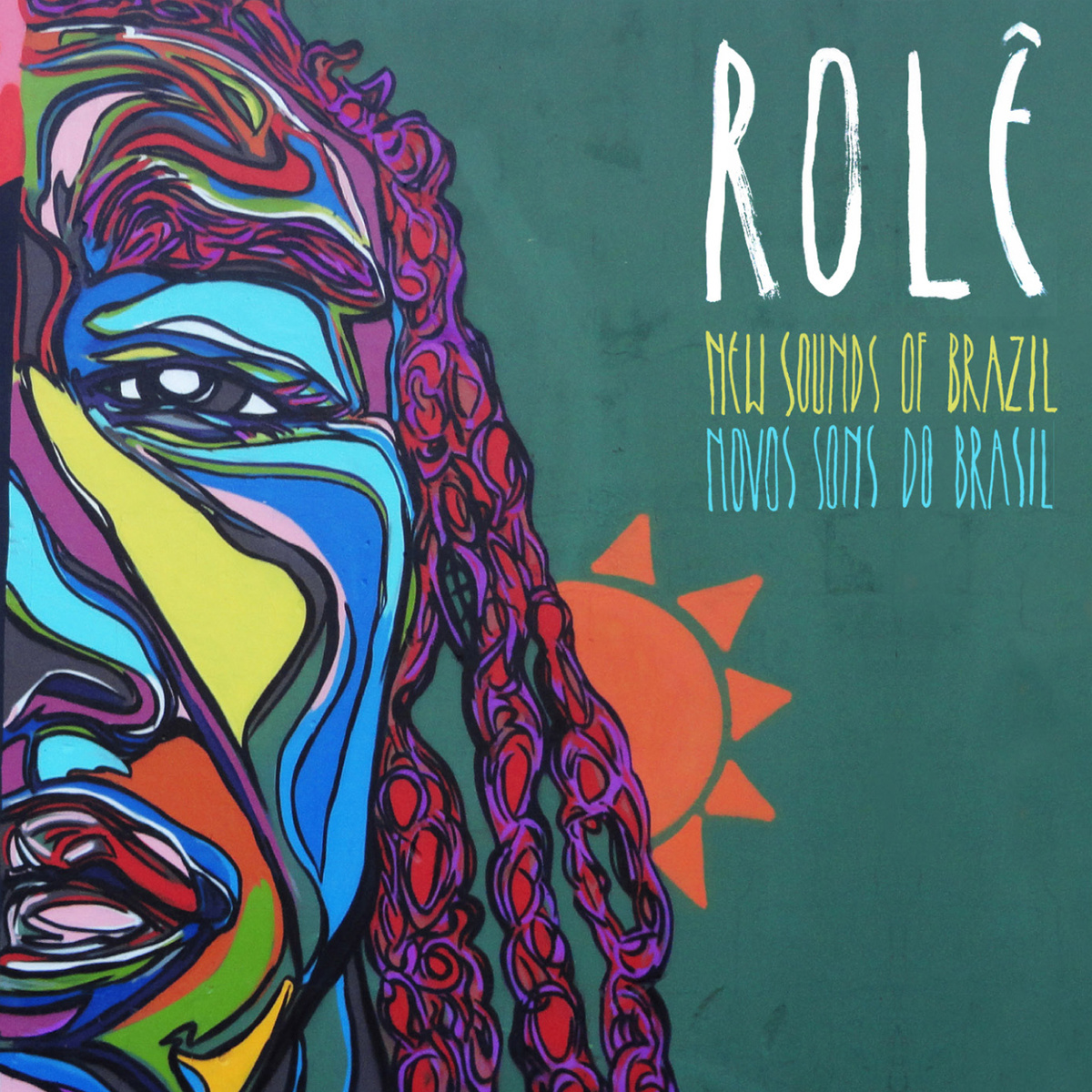 As prior Mais Um compilations have also trumpeted new waves, it’s striking that so many of these forty-three tracks spanning ten Brazilian states sound deeply familiar, even on first spin. In terms of sound — of musical forms and signs — little here seems new. The recordings were made recently, sure, but as far as the music’s references, nearly every track grins like a cat with a carnival feather dangling from the side of its mouth. Carne vale, my ass. The so-called new sounds of Brazil are still fully in thrall to the time-honored Brazilian tradition of anthropofagia, or cultural cannibalism.

If you enjoyed Luaka Bop’s retrospective takes on tropicalia and MPB (Música Popular Brasileira), much here will resonate as an extension of that mongrel approach to Brazilian and international influences alike. Stewing together such bottomless local wellsprings as samba, bossa nova, capoeira, and tecno brega with rock, cumbia, electro, and afrobeat, the compiled acts give voice to the fecundity of the present moment’s access to the recorded past.

Amidst an omnivore’s dilemma of musical choices, the iconic instruments and accents of Brazil serve as rudders in the flow of international currents. The opener, very much in this vein, may be the best of the bunch. Brimming with allusions, effects, and textural shifts, Lucas Santtana’s “Amor meu grande amor” emerges from a cocoon of vinyl crackle and street static as a sweet song with clarion, close-miked vocals redolent of canonical bossa nova. A swirling organ sets the voice on an anthemic pedestal before a deep, dubwise groove moves in to support and unsettle. Santtana’s neat trick, anchoring an otherwise slippery arrangement with a suave singer, appears again on the very next track and threads its way through the compilation. Apanhador Só’s “Mordido” begins as a glitchy, frantic bossa buoyed by calm crooning but after two twitchy verses culminates in a grungy dirge that, to its credit, doesn’t feel nearly as non sequitur as it should. These salvos are followed by swampy cumbias that borrow beats from cheesy axé thigh-burners and fuzzy guitars and sundry other permutations of familiar sounds and signposts, local and non.

The compilation is organized into two parts, the second half allegedly devoted to “post baile-funk” dance music though it features as many live ensembles and mid-century styles as the first disc includes samples and synths. Moreover, a lot of the tracks on “Disc Dois” could have been made before funk carioca’s national and global diffusion and hardly seem to register its influence. But several fun, bass-propelled productions manage to capture the spirit, if not the sound, of the funk ball: Lurdez da Luz’s “Ping pong” channels Missy Elliott while teasing a berimbau sample; distorted cuicas drive another sort of musical feijoada on Thiago França’s off-kilter, one-minute interlude, “Picardia”; pandeiros float above the digital thump of DJ Mam’s smoothly recalibrated take on classic carioca forms, “Cuz Cus De Canô”; and it’s fitting to hear US producer but longtime Rio-resident Maga Bo contribute a dancehall reggae romp in which the Jamaican presets have been replaced with local inputs, a slowly building track that puts vocals front and center all the while threatening to usurp their pride of place with growling bass.

More apparent than funk carioca here is the familiar boom-ch-boom-chick of Afrodiasporic genres like reggaeton or zouk, most popularly localized via axé and tecno brega, two genres often dismissed as proletarian schmaltz — brega means cheese — but clearly a presence in several selections, from the electronic grooves of Strobo’s “Amazônia bang bang” to the nu-tropicalia of Tulipa’s “Megalomania.” Peba’s “ARROZX” sounds almost like a Jersey club take on tecno brega, while Gang do Eletro point toward the genre’s eletro melody wing, as well as funk, with their carioca-cadence raps, half-time habanero, and the kind of cloying synths that drive dancers mad at Belem bailes.

Whether or not they meet the conceit of “post baile funk” dance music, other tracks here merit your time. Joined by no less than Tony Allen on drums, Meta Meta’s “Alakoro” is a jittery jam with angular, interwoven riffs and starkly rendered instrumentation. Bixiga 70’s “Kalimba” engages soukous and afrobeat with its latticework guitars, horn blasts, and propulsive drumming, only to nod to cumbia and classic rock a few minutes in. It’s somewhat startling to hear such straightforward, synth-driven cumbia as Sistema Criolina’s “Pequi week bar,” but there it is, and it’s not bad.

The mix of fresh and rote on Rolê suggests a different kind of curation might have produced a more broadly representative collection of Brazil’s newest new waves. Conspicuously absent here are rough-and-ready uploads to Soundcloud or the scandalous, viral dance tunes that garner millions of views on YouTube and inflect all manner of Brazilian pop, from MPB to axé to the country-pop of sertaneja. Such grassroots productions and their mainstream reflections are crucial constituents of the Brazilian soundscape but they go unheard on this otherwise ambitious compilation. Plumbing the ongoing give-and-take between the legacies of tropicalia and the insurgencies of funk could have made for a more trenchant take on the new, or at least contemporary, sounds of Brazil.

This track is the standout for me, by far (but you can listen to the whole thing here) —