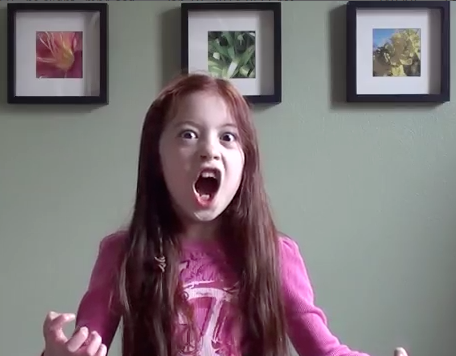 This past week I’ve whipped up another couple YouTube montages in the vein of Gasodoble, Bump con Choque, and my students’ projects in last year’s technomusicology class. Unlike my previous efforts, which not too surprisingly involve reggaeton, these new mega-montages engage repertories that I don’t generally mess with: opera and K-pop.

The dear colleagues I have to blame for these excursions are two Berklee faculty, Isaiah Jackson and DJ Hatfield. I’m collaborating with them, as well as with Lori Landay (who has posted her own video here) and Darcie Nicole, to explore the possibilities for using YouTube in the classroom, as well as in our efforts as scholars — and as artists.

We’re giving a collective presentation at Berklee tomorrow morning as part of the college’s annual BTOT event (Berklee Teachers on Teaching), and I’m grateful to Isaiah — an ol’ friend, an acclaimed conductor, and a consummate gentleman — and the others for letting me interlope and help guide the discussion.

In a nutshell, or an abstract, here’s how we’re framing the thing —

We are all familiar with YouTube as an endless archive of weird, ordinary, awesome, and awful performances, but suppose we approach YouTube itself as a creative teaching resource. Since we can now remix video as easily as audio, YouTube performances can be edited into montages that 1) tell vivid stories about contemporary music culture; 2) stand as artworks in their own rights; and 3) supply valuable insights to students seeking to understand the role of social media. This session will explore the ways in which everyday audio/video software and global publishing sites now render visible and audible a staggering variety of musical performances. Participants will learn how they can harness new tools for examining the state of musical arts.

Of course, I have my own favorite examples in this regard, from Kutiman’s collages to the works that I and my students have cooked up, but I was excited to partner with other faculty, with their own realms of expertise, to see how the technique of using montage to represent a song or dance’s social life, as made visible by YouTube, might play out in other musical and cultural domains.

The first (mega)montage I’d like to share reveals the remarkably sustained “virality” (i.e., the ability to find new hosts) of a tune composed more than 200 years ago. Isaiah suggested that I take on Mozart’s well-worn soprano aria, “Queen of the Night,” as the sort of musical text so resonant that surely a staggering number and variety of performances would reside on YouTube.

Sure enough, Isaiah picked out (and annotated!) about 30 instances for me to consider, a small selection all told, but a fine cross-section of contexts, modes of performance / reception, and arrangements. Notably, one of these selections, which I didn’t actually use, was itself a mega-montage of some 40 different renditions. (In that regard, it’s worth noting that the amateur montage is something of a native YouTube genre in its own right, though as Lori will explain tomorrow, as a cultural form “Soviet” montage has been ascendent for some time.)

I’ve been chatting with Isaiah about what has emerged from this exercise, asking how a text so, well, old could continue to enjoy so lively a social life — only glimpses of which are revealed by trawling YouTube — even into the media-suffused 21st century. And despite clearly calling for a certain virtuosity (which some deliver and some do not), one significant detail that Isaiah noted about the story behind this favorite aria from The Magic Flute is that it was composed precisely to inspire such a desire to sing along (or hum or whistle). Apparently, Mozart’s friend Emanuel Schikaneder, who wrote the libretto and played the role of Papageno in the production’s first run, encouraged him to make the aria short and punchy, the sort of thing that would be popular at “the Lodge,” as Isaiah put it (they were both Freemasons). In this sense, Mozart’s aria might be thought of as a proto pop song, written to be short and catchy and popular. It sure looks and sounds that way according to YouTube.

To my eyes and ears, the montage, which aside from a slightly extended coloratura section essentially sticks to the original (brief) length of the composition, vividly reveals how the aria spans professional and amateur contexts, gender and age, virtuosity and cringeworthiness, various modes of reception (e.g., note which examples contain applause), drama and humor, private and public settings — the sort of versatility that helps to secure a certain longevity. Despite pre-dating “participant culture” theory by a few centuries, surely this is a spreadable song for the ages!

The other montage I worked up may be more familiar in some ways, if you keep up with YouTubey dance memes, but I find it no less interesting or revealing when it comes to grappling with YouTube and what it shows us about music culture in the contemporary moment. DJ Hatfield’s central text is a song — and, crucially, accompanying dance — called “Sorry Sorry,” performed by the popular K-pop “boy band” Super Junior. (And yes, there are already other fan-produced montages of it floating around.) Like lots of other popular song+dance routines (e.g., Crank Dat), one can search for “Sorry Sorry” on YouTube and discover a plethora of examples, from solo routines at home to large numbers performing their mastery of the popular steps in public.

Pointing me to just over 20 examples — again, a small slice of what’s up — DJ led me down a K-pop rabbithole, wherein I found residing alongside each other a marvelous variety of instances: slick commercial productions from Korea and ambitious spoofs from Mexico, goofy karaoke sessions, dead serious tutorials, all manner of home- and school-based versions, breathless TV broadcasts, anime remixes, toy robots, and of course, Filipino prisoners. (You just haven’t made it as a dance meme if the CPDRC hasn’t immortalized the choreography in all their orange splendor.) You can even see the choreographers of the dance, two guys from Los Angeles, strutting their stuff in their own darkened dance studio version. It’s really quite a rich set of instantiations, raising on old question for me: what’s the text and what’s the paratext? (EL QUÉ?!). Take a look yourself —

One genre that I couldn’t resist including here, and which may also deserve the status of “YouTube native,” is the K-pop reaction video. Apparently, watching people watching people on YouTube on YouTube is a thing. Special thanks to longtime W&W interlocutor Alexis Stephens, aka @pm_jawn, for bringing this phenomenon, which really deserves a post or two of its own, to my attention. The K-pop reaction video gave me a way to frame the whole montage that was just too meta to resist.

What makes the example especially interesting to DJ — and notably what doesn’t show up as much on YouTube as the dance routine per se — is that, back in 2009 or so, the particular hand-rubbing gesture for “Sorry Sorry” entered the greater gestural lexicon. People would do that hand-rub gesture anytime they apologized! Such quotidian moments don’t show up especially well on YouTube, but one other interesting example of the dance’s “migration” connects to DJ’s work on music in Taiwan. As you’ll see at the end of the montage, a Taiwanese artist named Suming incorporates the gesture into a video for his song “Kapah” that mashes up a variety of traditional and popular Taiwanese (and other) gestures and references.

There’s a great deal to be teased out here, obviously, and it’s our collective hope to do some of that tomorrow morning while also gesturing (sorry sorry) to other possibilities and uses of YouTube, whether we’re thinking (or singing or dancing) as scholars, teachers, artists, choreographers, or toy robots.

1 thought on “Megamontage Is the Method: Mozart to K-Pop”