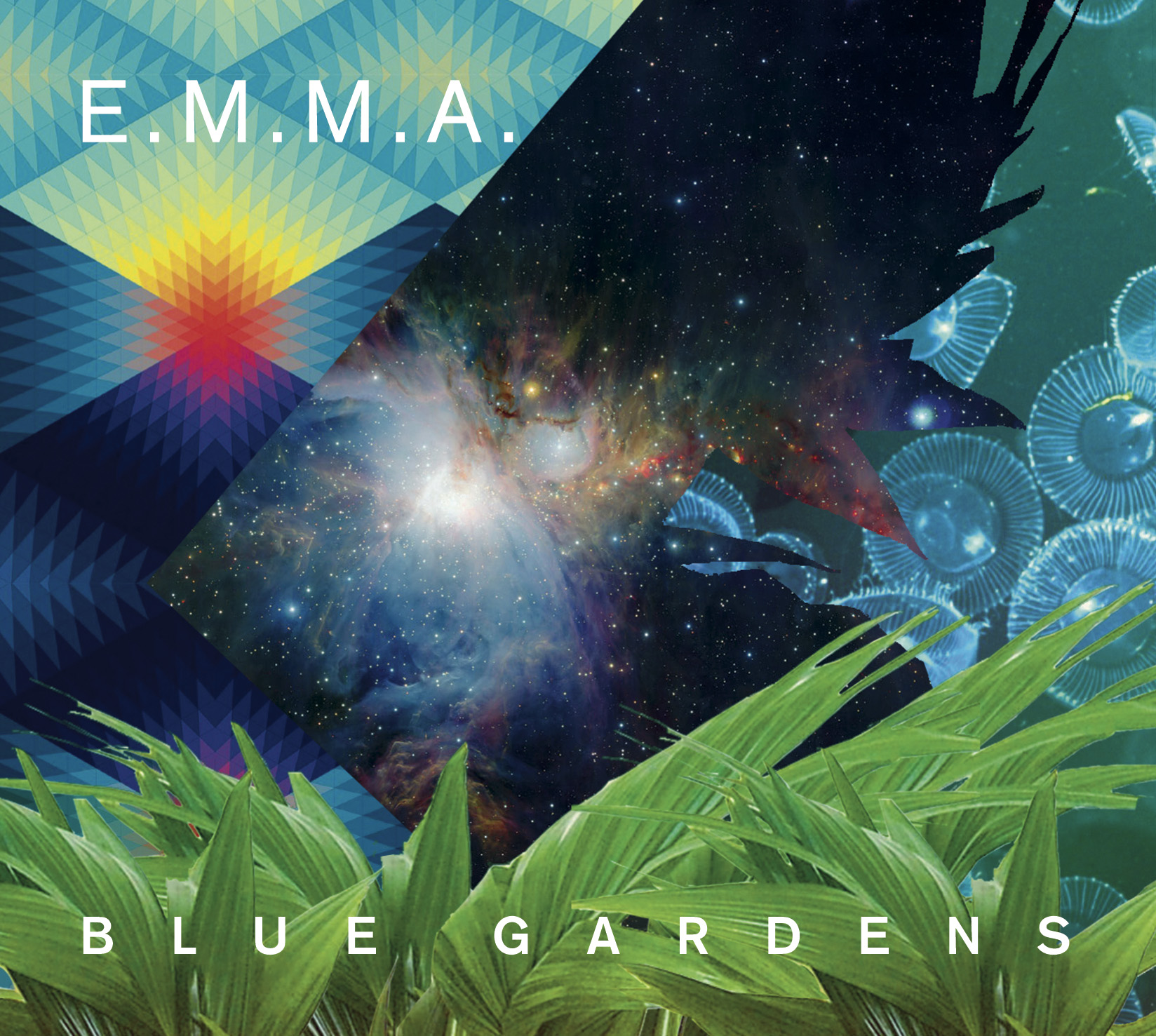 Blue Gardens, the new release on Keysound Recordings, is the brainchild of a new musical talent who goes by the name E.m.m.a. Simply put, it’s some of the best music — and one of the more coherent albums and promising debuts — I’ve heard in years.

My fave tracks are ones like “Shoot the Curl” or “Marina” with their sweetly curdling tunes and clicky soca, where melodies accrue & break & creak & whirr against a solid but shifting Carib-UK backbeat.

Honorable mention to the first single and the album’s one vocal cut, “Jahovia.” It’s great to hear Rebel MC riding the rhythm inna a classic reggae-rave fashion while E.m.m.a.’s newfangled textures let you know this is something else. Wicked video too, since somehow, synaesthetically speaking, the music already sounds like washed-out technicolor reels, full of sharp hue-turns —

Plus, you gotta love the array of influences E.m.m.a. pulls into the mix —

And while I really should work to find more words to describe this music I’ve been enjoying so much, I like how it speaks for itself. And how E.m.m.a. does too. Plus, Joe Muggs sorta said it all already —

In essence, E.m.m.a. takes the rugged grooves of UK pirate radio, and adds an extra layer of melody and harmony which connects them back into the much longer history of synthesizer music as well as into a broader, vaguer realm of the imagination. Her synth timbres touch on sci-fi kitsch, Kraftwerk, early video games, the experimental home-listening techno of the 1990s, while the melodies they play have a suspended, dissipating quality, as if caught from a dream just at the point of waking.

Her beats, too, have an uncanny quality, generally touching on several points in UK soundsystem history – garage, rave, grime, the 2008-10 urban house sound of “UK funky”, the more undefinable sounds of “post-dubstep” – sounding familiar but not quite placeable in time. Despite the oddness of this, and despite its clear scholarliness in its sourcing of underground sounds, it’s a welcoming album, one which should be heard well beyond the usual circle of bass music fans. A haunting dream but one well worth getting caught up in.

I’d like to leave it there, but I want to take the opportunity to let this post stand as a long overdue bigup for Martin Blackdown‘s Keysound label, consistently representing as it reimagines the sound of London. His program with Dusk on RINSE is, rightly, an international fave. I’ve had a few posts about their music & label sitting in my draft folder for literally years; and I’m remiss for not better publicly registering my enthusiasm for projects like Margins Music (which is, IMO, a 21st century London classic).

It may be high time to dust those drafts off. But I couldn’t resist the opportunity to get the good word about Keysound’s latest & greatest. Martin & Emma both bring big ears to what they do, and mine are grateful for it. Yours will be too.