Summer vibes really on lock all a sudden, eh? Boston tropical and ting! (In fact, the main reason I’m finally getting around to writing this post — best intentions notwithstanding — is on account of IT IS TOO HOT TO SLEEP.)

The dog daze arrived just in time, tho, for I’m delighted to report that this very evening, FRIDAY JUNE 22, on only the second or so night of summer, I’ll have the pleasure of plumbing some seasonal depths by playing what has become, hands down, my favorite dance party in town: Picó Picante. And alongside no less than my pardner-in-beatresearch, DJ Flack, & other local luminaries — 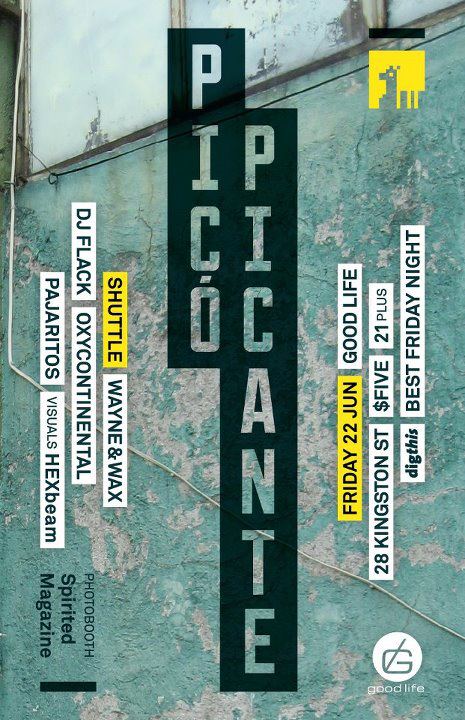 Can’t wait! Nuff props to Pajaritos for making the space. It’s really an honor to finally get behind the decks (if while triggering a laptop) to rock the reliably great crowd they rally. You’ll find few sessions in Boston as welcoming and warm. Expect plenty reggae/ton from me. Time to get some dembow into dem bones!

The second gig I want to mention here isn’t actually mine at all, but it’s well worth your consideration — and as it happens, it’s being put on c/o two good friends: Pacey “Library of Vinyl” Foster and local author Elijah Wald (who, I’m pretty tickled to say, was a student in my global hip-hop course this spring).

Elijah is a real polymath and a serious scholar, and when he sets out to write about something — whether the blues or narcocorridos — he sure digs deep. His last book, How the Beatles Destroyed Rock’n’Roll, is an indispensable history of US popular (dance) music during the first half of the twentieth century, no less worth your time for its polemical title (which is really more of a subtext).

I’m pleased to note that Elijah’s new book bears at least as provocative a title as the last, especially for those of us who grew up a little closer to hip-hop than r’n’r — 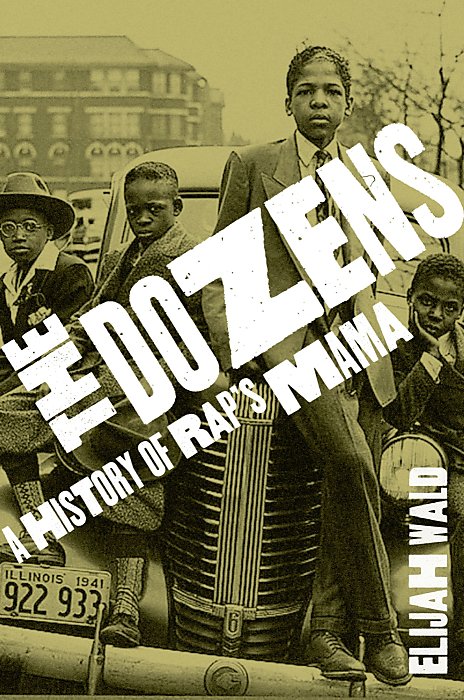 This new tome, hot off the presses, is the subject of Elijah’s talk this Sunday night at Pace’s place (accompanied by germane musical selections by the vinyl-librarian himself), the first of what I hope will be many such “salons” Pacey hosts at his awesome East Cambridge loft. Here’s the deets:

“The Dirty Dozens: From Mississippi Blues to Gangsta Rap”

Snacks and beverages will be available. Also copies of the new book.
Limited to 30 People! Get your tickets now to reserve your spot.

DJ Pace will be spinning dirty classics before and after the talk. Friend the new Library of Vinyl on Facebook for information about this and future events.

And here’s a little about the book, including some pretty killer blurbage:

A century before gangsta rappers took dirty rhyming to the top of the charts, Mississippi barrelhouse pianists were singing lyrics as hardcore as anything in the rap canon. In fact, they were singing some of the same lyrics—the nasty insult rhymes known as “the dozens.” A form of verbal dueling popular in rural fields and on urban streets, the dozens is one of the basic building blocks of African American vernacular virtuosity, and has overlapped into pop songs, comedy routines, instrumental cutting sessions, and rap freestyle battles.

Tracing back to African ritual poetry, the dozens is part of a vast tradition of unashamedly sexual verse that consistently flourished in African diaspora communities but rarely surfaced on record or in print, except in heavily censored or bowdlerized versions. Some popular rhymes have endured in oral culture since the nineteenth century, turning up in the work of artists as disparate as Jelly Roll Morton, Zora Neale Hurston, George Carlin, and Flavor Flav.

“This book is sexy… and poignant, smart and a piece of history.”
–Schoolly D

“This impeccably researched study of the classic black insult game may be the funniest work of serious scholarship ever published.”
–Terry Teachout, Artsjournal

“The Dozens are in very good hands here. Wald gives them the detailed, broad, and serious consideration they have long deserved.”
–Tricia Rose, author of Black Noise and The Hip Hop Wars

Maybe I’ll see you or your mom there?

Finally, I just want to remind that we’ve got our next session of Beat Research coming up next week, and buay is this one gonna be a doozy! 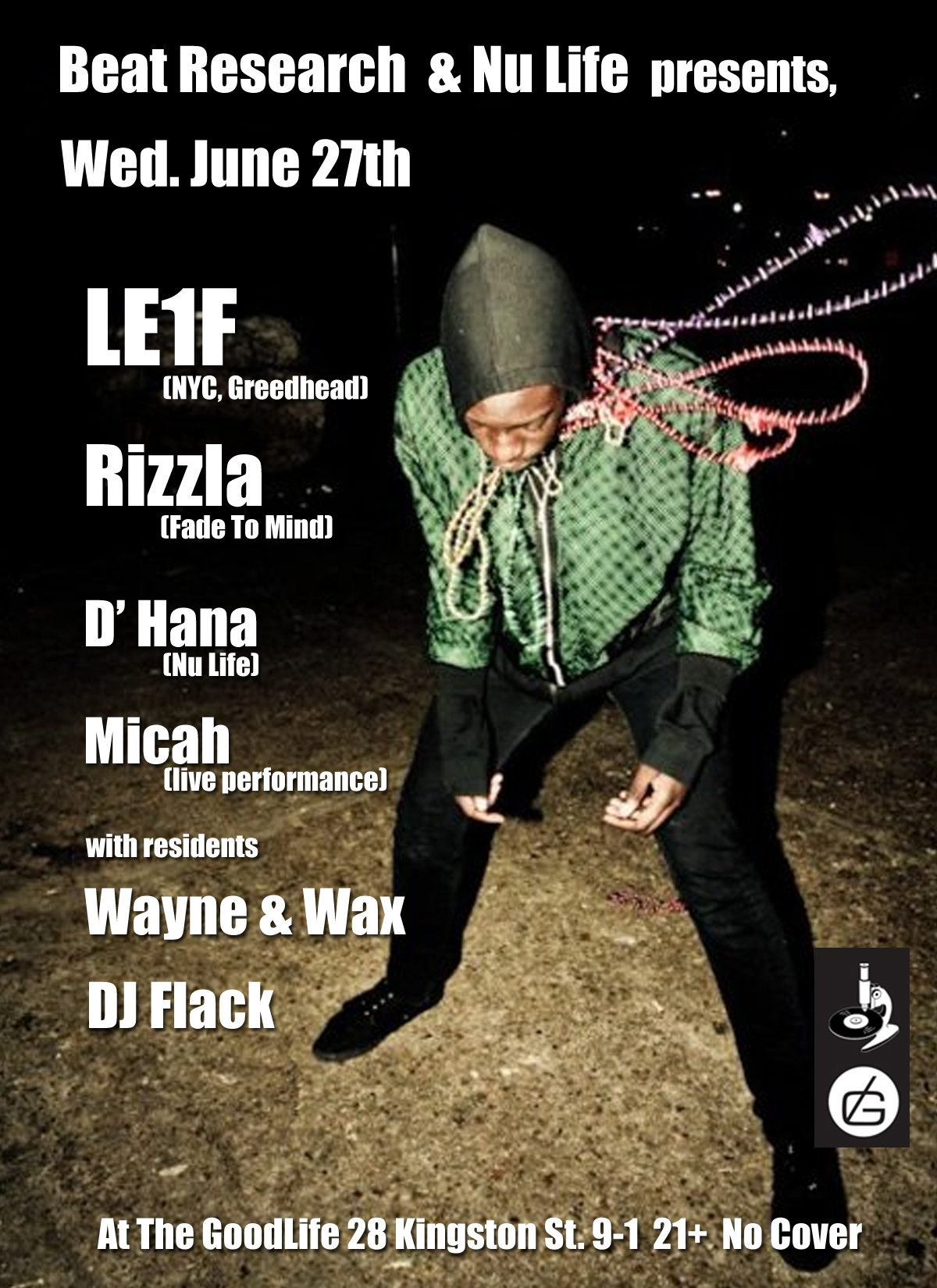 Click on that flyer above for an “invite” and check the video promo below c/o D’hana, aka Chubrub —

Not much more to add here. But get yourself ready for a full-on live performance from LE1F, plus a set from Boston’s own Micah, and yeah, we really couldn’t be more thrilled to host the first appearance of ZOMBIE NU LIFE. (Pretty sure Rizzla DJ is my favorite people-mover on the planet right now.)