Check it out, my micropublic: I’ve got another “Throwback Thursdays” post over at Okayplayer’s LargeUp blog. This time I’m waxing nostalgic about a song produced by none other than El Chombo — 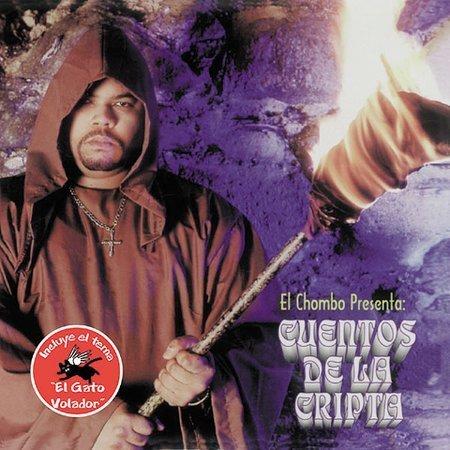 Veteran readers of W&W may remember El Chombo as the producer of the notorious “Chacarron,” a song which — back in my blogspot days — consumed a series of posts as I attempted to document in relative realtime my endeavor to discover the story behind the song.

I’m not quite ready to reminisce about “Chacarron,” however; rather my post turns to “El Gato Volador,” which I also once discussed on this very blog. Alas, the brilliant homemade slideshow that inspired that ol’ post has since disappeared, but the official video is still on the ‘Tube, and this gives me a chance to discuss the song in a little more detail. And quite a song it is.

While Panama is widely acknowledged as the birthplace of dancehall reggae en español, Puerto Rico gets credit for eating up the faithful versions of Panamanian artists like Nando Boom and El General and spitting out something more hip-hop laced and sample-based, as heard on the Noisy collages that made dembow loops the centerpiece of maratón mixtapes. But Panamanian producers deserve props of their own for developing and popularizing an equally distinctive and irreverent, sample-based approach to Spanish dancehall (though faithful approaches persist under the plena banner, sin duda).

Panama’s master of the style is El Chombo, aka Rodney Clark, a pretty Jamaican name, though the internet reports (very vaguely of course) that he was born in the US and moved to Panama in the late 70s as a youngster. None of these facts is remarkable in Panama, where people have been named Rodney Clark for a century (at the turn of the 20th, Panama was receiving 62% of all Jamaican emigrants), and where foreigners continually arrive, especially from the US in more recent times, drawn into Canal-related work as so many Caribbean migrants before them. “El Chombo” is also something dark-skinned people, especially Afro-Caribbean folk, have been called in Panama for a long time. El Chombo’s embrace of the term and intentional projection of blackness were central to his first mixtape series, Spanish Oil, which he was issuing annually in the mid-late 90s at the same time Playero and The Noise were circulating their seminal mixtapes. The reference to oil is, of course, a reference to blackness, and it’s telling that reggae in Panama was sometimes called petróleo in the 90s, not unlike melaza (molasses) in Puerto Rico.

But go ahead and click thru to hear about (and watch) El Chombo’s “unlikely hit ostensibly about a flying cat but also…a joke of a song that seems to offer meta-commentary on the state of the genre itself.”

It should be said that these two songs — “Chacarron” and “El Gato Volador” — are obviously rather on the silly side, but El Chombo is also in his way a serious producer. Over the last decade he’s enjoyed quite a bit of success, and its remarkable that even his crossover hits (mainly in Latin American and European dance markets) bear the same trademark sampladelia, largely drawn from American crossover dance-pop.

His crown jewel in this regard (perhaps his flying cat?) is no doubt Lorna’s Dee-Lite sampling “Papi Chulo” (2003), the first reggaeton song to become an international hit, years before Daddy Yankee’s “Gasolina.” The song was a top ten hit in several European countries (#1 in France, #2 in Italy) and huge across Latin America. It’s really something of an underrated classic. (When I dropped it at Que Bajo a few years back, people went plátanos.)

So widespread is the song’s popularity that, among other spin-offs, it inspired a Pakistani cover which some, according to YouTube comments, even read as a pan-African gesture c/o “Makrani singer Younis Jani” (-Wikipedia). Makrani, I’m told (also by Wikipedia), is sometimes synonymous with “Siddi / Sheedi” (which is what one commenter calls Younis), which is also, far as I can tell, more-or-less Urdu for “El Chombo.” Now how do ya like that?