I’m headed down to the University of Delaware tomorrow for “The African Americas Project,” a two-day symposium bringing together quite a mix of artists, musicians, and scholars to explore the connections between Latin America, the Caribbean and the US.

For my part, I’ll be talking about “Reggaeton’s Afro-American Address,” by which I mean the ways that reggaeton — despite a certain divisiveness — is best understood as a genre articulating a powerful synthesis of Afrodiasporic style which directly (and indexically, musically/semiotically speaking) addresses an Afro-American listening public (and here I use “Afro-American” — an outdated term in the US — in the broadest sense, as a term encompassing Afro-Jamaican, Afro-Puerto-Rican, Afro-Panamanian, and African-American styles and practices).

I’ll make this argument by revealing the secret of the mystery of the mighty dembow. Here’s a hint: the loop that turns up in the lion’s share of reggaeton productions is not sampled from Shabba’s seminal song, despite what Wikipedia and everyone else says. Nope. What you think was made in Kingston actually hails from Long Island! But you’ll have to catch the talk, or wait for a forthcoming article, to get the full scoop.

It’s an honor to be part of a program featuring so many distinguished speakers, among them keynoter Franklin W. Knight, a towering figure in Caribbean Studies. You can see the full program here (PDF), but let me also note, with some excitement, that another participant is none other than Jamaican filmmaker Storm Saulter, who will be screening Better Mus Come and other works tomorrow afternoon (and, awesomely, offering comment on the music panel I’m a part of on Friday).

If you’re in the area, do drop by. Should be a stimulating session.

Also, how refreshing to be described as a “DJ, technomusicologist, and journalist”! Works for me. 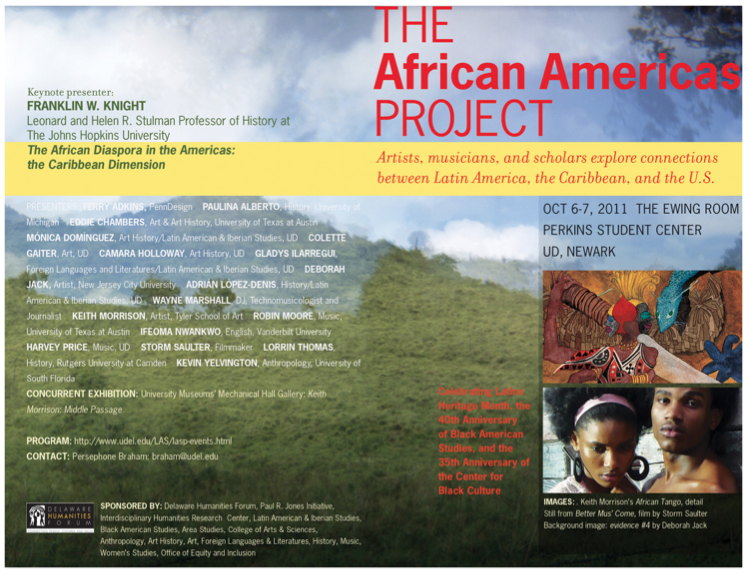