So, suffice to say that we’re absolutely Cavendish about our guest for this Monday’s Beat Research — 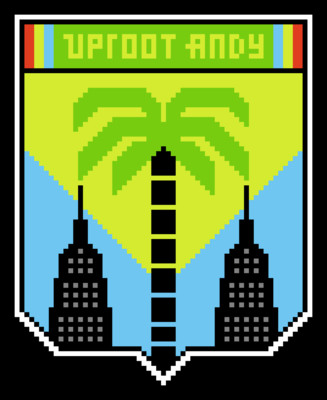 If you haven’t been getting down to the mixes and remixes of Uproot Andy over the last few years, we’re not sure what sort of dank hole you’re living in. From his perch in multiculti Brooklyn, Andy has been cooking up his own distinctive, irresistible takes on cumbia, dancehall, dubstep, afropop, you name it.

His savvy, crunchy touch has made him a defining presence on the “tropical bass” scene (or wot-ever we call it). Currently at work on his debut album, we’re thrilled to hear the latest stews he’s been brewing, and we’re psyched to finally get him to the Enormous Room to throw down with us.

Just in case you need a primer, here are a few faves, from badass bachatón to certifiably classic remixes of Los Rakas and Amadou & Mariam —

Do help us give the man a proper reception on Monday night. As usual, we’ll be rocking the room from 9-1, and it’s FREE.