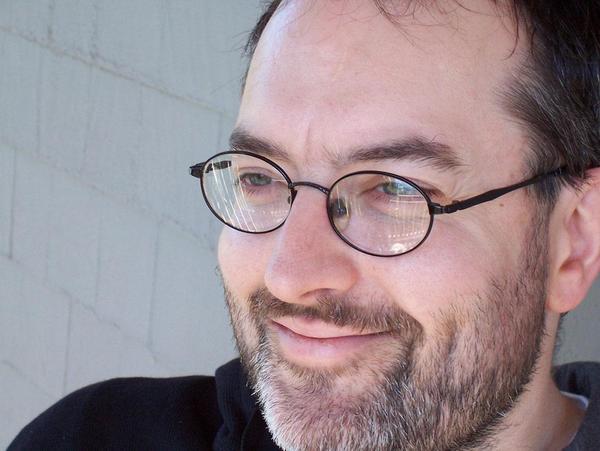 W&W is happy to host another loving nod to Tim Haslett. Namely, the two-hour radio show Brian Coleman did on March 24, prior to our Beat Research tribute. A description and tracklist, from Brian, follows —

Back To The Old School and School Beats on WZBC 90.3 FM (which Tim and I did from 1992 until about 1997, when Tim moved to NYC… I kept the show going until about 2005) were always a hell of a lot of fun and I really miss those years on the air with him. Our basic goal was just to play music, specifically hip-hop music, that we didn’t feel was getting any love anywhere else in town. So even with old-school, we wouldn’t play too many of the traditional “hits.” Tim loved raw electro from the early-to-mid-80s and we also both had a soft spot for off-kilter, sometimes sloppily produced stuff from the late ’80s. As long as there was innovation or just raw passion involved in making the record, it was top of the pops as far as we were concerned.

I had about two crates picked out for this WZBC tribute show I did on Monday, March 24, 2008 to celebrate the hip-hop that Tim loved, and I got through about 1/3 of one crate. But I think that I can safely say that Tim loved every one of these tracks, and any of them would have made his eyes squint up after he heard the first two or three beats, sending his hands into wild gesticulations (which always ended up looking like he was an overcaffeinated, crazed orchestral conductor).

Hopefully this is just the first of many tributes to Tim, who was a music junkie like no other. Hip-hop was just one of the many genres that he loved. But I think this set gives a good idea about the aesthetic and the sounds that drew him in – artists who made music because they just couldn’t help but express themselves, whether they had a record deal, or had good enough equipment.