A couple posts ago I shared some new videos c/o Maga Bo and Ghislain Poirier — two of the transnational bass proponents profiled in Camilo Rocha’s “globalistas” article. It goes without saying that I’m a supporter of what both Bo and Ghis are up to. In partic, I dig their cross-border collaborations, their distinctive sounds despite shared styles, their preference for low-end frequencies and the hip-hop logic they bring to bear on everything they do.

Indeed, although Ghis & Bo both also draw on reggae, soca, techno, jungle, etc., to my ears all of this is ultimately filtered through a hip-hop aesthetic: their music bumps and crunches, bristles and bangs, pushes and pulls with disparate timbres and resonant samples; it is as once sweet and sour, nice and ill, & indexes a wide range of other genres within — for the most part — a boom-bap framework. I think one could say the same for the other so-called globalists featured in Camilo’s piece, Diplo and /rupture, and I would certainly say the same for myself: that despite my wide-ranging mixes and mashes, an irrepressible hip-hop steelo undergirds it all.

I think — to get to(ward) my point — that that’s the difference between the globalists named above and the other DJ/producer profiled in the piece, Brazil’s DJ Dolores — 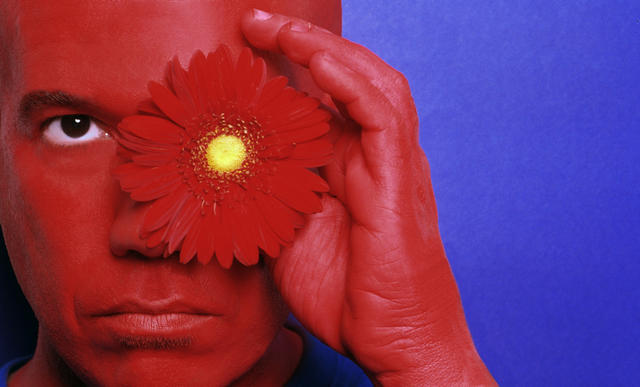 I recently got ahold of Dolores’s new album 1 Real, and though I was struck by the similar synthesis of so many genres, I was also struck by a certain, audible difference between Dolores’s music and that by those mentioned above. On 1 Real Dolores manages, to his credit, to project a distinctive producerly voice and vision — and one rather Brazilian in sound and sentiment — while also engaging with house, drum’n’bass, dancehall and roots and dub reggae, and other global (electronic dance) genres. And yet, somehow the seamlessness of his synthesis — produced in part by the frequent use of studio musicians rather than samples — stands in stark contrast to the way, if I may, that the music of the other globalistas perifericos more often shows its seams — & indeed, revels in the cut, the break, the mix.

To my ears, Dolores’s approach is closer to, say, the way Gotan Project brings together dub and downtempo, etc., and yet manages to sound like tango (/Argentina) all the way through. It is an effect achieved via ensemble sound, but it is also an aesthetic preference. There’s a smoothness to it that reminds me more of ol worldmusic fusions than nu whirledmusic mashups. I don’t doubt that Dolores would sell well in Starbucks, while I suspect that the rest of us might fall on deaf ears (ok, maybe Florida could work there too). And I don’t mean that quite as a slight, though I clearly have my own aesthetic preferences.

That said, I should note that I’ve been enjoying 1 Real as I’ve tried to wrap my ears and head around it. It’s served well as (cooking&eating) dinner music for us, which means it occupies a special place in our domestic soundscape. And it’s the kind of thing I can recommend to people for whom I know some break-ier stuff might seem grating. But I wouldn’t call Dolores a global ghettotechie, if we actually want to invest in that term or find it to have explanatory power, for I find his music less concerned with the audibility of technology — especially low-fi, gritty, DIY/p2p stuff — and more concerned with “high” / “organic” production values. (Or maybe I just need to check more of his DJ work?)

Don’t get me wrong, tho, that doesn’t mean dude ain’t down for a lil drum’n’bass one-drop, Japanese vox noisemaking (still, note the drum[kit] timbres and “clean” violin) —

or, for that matter, some street-y ambience b/w reggae drums, melodica melancholia, and (sampled?) gestures to the other-side-of-the-world —

While I’m at it, allow me to riff a lil more — this time w/r/t coupé décalé and global-gtech blogging.

Boima was just in town, rocking some WestAf dance traxx @ Beat Research, and he schooled me on coupé décalé. According to Boima, the genre emerged from the zouglou tradition, whereby university students in Côte d’Ivoire would rap about topical subjects to the accompaniment of syncopated sticks. Boima says that these zouglou rhythms have been transmuted for coupé décalé by Ivorian youth in the diaspora (especially Paris, which has long been the recording center for Francophone Africa), who substitute — to my delight, aesthetic affinities as they are — synthesized handclaps for the sticks, while augmenting the underlying dance pulses with FruityLoopy drums. Say word. In French. Or just shake it, universal-like.

And yet, I wonder how the Fader’s & Boima’s & my own enthusiasm for something like coupé décalé would sit with JP de Masala, given his most recent musings —

I read Fader stories about hiplife and kwaito with interest but I couldn’t stop thinking about the distorsion between our conception of african music and the music africans are listening to. I mean, is Fader really setting a trend on 2 genres that seems to be stuck in a dead end ? Is kwaito and hiplife are just still living in our western imaginary and romantism ? What if african rappers just want to sing in english and sounds like Tupac ?

& moreover, JP quotes a provocative comment from someone he calls the antisuck —

The roots obsessed decry HH for losing touch with indiginous sounds. they blame american rap for detroying indigenous sounds yet They love ali farka toure, amadou & mariam, ethiopiques, things that sound like american jazz and rock music. Then you have hipsters into african rap scenes, daraa j, kuduro, trying to find the music with the most dangerous street cred/booty beats and/or backpacker rap in africa. both “scenes” are perhaps dying yet so small and insignificant as to be nearly nonexistant next to the reality of african pop music and the actually huge scenes alive and well of coupe-decale, mbalax, swahili pop, zouk.

For all the trenchant points made here — many of which get to the heart of global ghettotechery and nuwhirled musings — I think we begin to lose sight of something with the oppositions employed here. Sure, kuduro and kwaito might be (increasingly) marginal in their cities and countries of origin, but that’s no reason not to show interest in them over, say, the newest Tupac impersonator on the block. Yes, we should be careful and reflective about our interest in exotic/indigenous sounds and our desires for hearing an audible localization or indigenization of such global genres as hip-hop and house, but we need not necessarily embrace what’s popular elsewhere just as we need not foist our own popular music on the rest of the world. Further, it seems to me that we must also bear in mind that we American seekers of global sounds (and I mean American in the most inclusive sense) — as well as our Euro brethren — are inevitably guided by own our aesthetics, an aesthetics which — at least in my case, as I have tried to lay out here — does privilege what I’m calling a “hip-hop logic” as well as the audibility of certain technologies and a set of sonic priorities weighted toward the low-end & the polyrhythmic. (These priorities are qualities which, need I remind, got SFJ in some hot water for demanding that rock musicians stop embracing their opposites.)

A lot of the most popular genres cited above as more appropriate objects of our attention are, to my ears, sweet but boring. I want more bass, more synth&sampled drums, more sour with my sweet. I wouldn’t want to distort the record in terms of what’s popular and so forth, but I don’t think we need to be guided entirely by such concerns, or by fears that we will have a more heisenbergian effect on the objects of our affection than we actually will. (All of this music — and the local and diasporic scenes in which it’s enmeshed — are stronger than a few friendly firstworld bloggers.) Plus, it’s not as if coupé décalé hasn’t already been fingered for global ghettopop by the usual suspects.

What’s more, the last thing we need to do is join the chorus of the preservationists (a camp with which ethnomusicologists are far too often conflated), as JP seemingly does at the end of his post —

I guess I could resume my thaughts by saying that I’m concerned about how globalization of the american rap industry affects youths from all over the world and tends to create a cultural and economic model uniformisation, killing diversity of rhythms and language.

I’ve been teaching a course on global hip-hop all semester (I’ll share the syllabus soon), and if there’s one thing I hope my students take away from the class, it’s this: claims of American cultural hegemony, as demonstrated by the spread of hip-hop, are overstated. And this: looking for local markers as a sign of resistance is a red herring. So what if some rappers in Africa decide to sound just like Tupac? Rather than using such an instance to bemoan the so-called grey-out produced by American economic, cultural, and military forces, better to consider what it means in a particular place — how it informs local debates about selfhood and nationhood — to adopt an (African-)American accent and other sounds associated with global modernity.

Indeed, we need to constantly ask ourselves what it means in the particular places we live (Boston, Montreal, New York, London, Paris, etc.) to embrace the sounds of the DIY Global (“dirty”) South. I remain optimistic that it expresses something about our own grappling with the post-colonial, perhaps even cosmopolitan, circumstances in which we find ourselves — that, as Paul Gilroy might put it, we’re striving to cultivate, in the transnational metropoles where we live, a certain conviviality. Then again, such “engagement” / “grappling” can slide easily enough into selfish, self-centered appropriation and downloading-at-a-distance. On the contrary — if perhaps naively — I’d like to think of all this musicking as, inherently, a lot more neighborly than that.