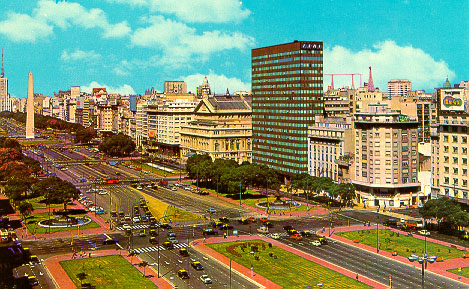 thx to all for the continuing cumbia convo, esp those who have left comments and/or sent emails (is it telling that not all can be aired here?) i guess this stuff cuts close to the bone, but that’s how we like it here at w&w — jugando con fuego desde 2003!

& thx to KG for the collegial nod over @ the ethno-centric (heh) blog, musicologymatters

speaking of ethno colleagues, my interlocutor responds! [my words in blue; his in black]

> Sure, there’s always something that
> smacks of “slumming” with this kind of class-crossing interest in
> music (and often a bit of racialized exoticism to boot), but in that
> way it’s no different than the mainstream embrace of jazz, blues,
> hip-hop, salsa, bachata, merengue, soca, reggae, you name it.

Right: it’s certainly not unique in that respect. But every one of those musics
is attended by the same kinds of complaints about cross-class appropriation (not
sure about bachata, but I can’t imagine that it isn’t): founded or unfounded, I
think they indicate that there is an open and important debate about the issue.

Well, that’s freely conceded: that was a lame and lazy placeholder on which,
however, see below.

> and leads
> us to an unfair and facile dismissal rather than a closer engagement
> with what is going on in B.A. and the blogosphere. For the most part,
> the Zizek artists are not sampling distant sounds for their cosmo
> cocktail parties. Rather, they’re synthesizing their own versions of
> the music that pervades their local soundscapes (backyard sounds can
> carry). In a sense, one could argue that they’re grappling with class
> and cultural divisions in B.A. as much as they may be benefiting from
> them. It is a fair question to ask whether these scenes (will)
> intersect at all. Far as I know, there’s not much crossover between
> the neo-cumbia scene and the cumbia villera scene. It would be great,
> as has happened with the international and middle-class interest in
> funk carioca, to see this (re)surgence of interest in cumbia translate
> to new opportunities for the “everyday” “people” with whom you seem,
> understandably, concerned.

All true. On this point, I would, I guess, contextualize my instinctive
reaction against this kind of thing in terms of my own work, and actually life
experience as well (in respect to which latter point, I will not bore you).
(Let me also warn you: the following section, unlike your mercifully orderly
paragraphs, is bound to be virtually incoherent and poorly phrased, as are most
of my thought processes and hence, emails.) Obviously, as your last set of
quotes here indicate, it’s not only the poor/working class/whatever who are
“everyday people”; and obviously other actors have the right to create
understandings of their social situation using the tools at hand. For me,
whether or not that can be usefully understood and critiqued as “appropriation”
boils down to the terms on which these cultural fashionings are presented by
their creators and taken up by their targets.

That being the case, the phrasing in your original message (viz “cumbia resurgence,”
which I took to be the manner in which these artists present themselves, which seems
*not* to be the case given what you’ve written here) seemed to me to recall a
number of similar situations from throughout the Americas (and beyond) in which I
have no trouble pointing the finger and saying “now, that’s *definitely* an
oppressive form of appropriation.” These are the cases in which a national
bourgeoisie finds, suddenly, to its surprise, that it is culturally rudderless and no
longer in command of general esthetics (never mind that it never is anyway:
discursively, that’s not the point). Usually, the result is that whatever is
currently popular among the working classes (or insert subaltern population
here) is newly indicated as the “real” location of collective
self-understanding, but simultaneously derided as a debased version of some
alternatively “purer” or more interesting form of itself, and in need of
“correction” by an intelligentsia that holds the intellectual and/or
technological keys to rescuing what is “actually valuable” about the popular.
The procedure is then to adopt elements of the popular, in either a “cleaned
up” (ie “restored”) and/or a “developed” form (watch for this word in Peru, and
you will find it used to death), suitable for consumption by the class alters of
those who have, thus far, created and consumed what I’m (lazily and this time,
acknowledgedly) calling “the popular.” These versions of the popular seem
inevitably to smooth out precisely the elements that are pleasurable for the
popular classes from which the idioms are abstracted in the first place – those
that mark the *difference* between a bourgeois cultural project and a popular one.

Now, that’s perhaps no big deal as long as great claims are not made by
those involved to be “bettering” the popular in the first place, and as long as
the goal is not to *replace* the popular in some fashion. However I rarely see
that happening in these situations, in Peru: in every case, historically, there
has been a distinct effort to convince the public at large that the new version
of “the popular” is the legitimate and authentic one, and to replace the
popular with this bourgeois neopopular version of itself. And it’s worked, in
fact, time after time. Convenient, because time after time it’s allowed the
national bourgeoisie to fashion itself as relativistically in-touch with
popular esthetics and appreciative of the contributions of the popular classes
to “national” culture, *even as they strain out everything that indicates a
popular esthetic opposed to the national bourgeoisie*. This has definitely
been the case with cumbia as well, though not only cumbia. And I think, when
you have a case where an intelligentsia claims to find value in the popular,
but only to the extent that it can be made into a new esthetic object, before
which the thing’s original is made to look foolish, then you’ve got a case of
something we might well call appropriation.

(btw, I think Dan Party’s work on balada is interesting in this context: similar
case, except that there is an open acknowledgment on the part of contemporary
balada fans that the “dangerous” aspect of liking for balada revolves around,
precisely, the danger of cross-class contamination. This doesn’t seem to me to
lead to some sort of productive engagement, though, it leads those who like
balada either to affect a kind of irony about it, or to refashion it using
alt-rock sounds and procedures.)

This is all pretty stock, of course: nothing new here, this reading has been
done to death. (I would add: it’s been done to death because in any given
situation there’s potentially a hell of a lot of truth to it.) And there’s a
big analytical difference between the national frame of reference I’ve just
been relying upon and the international dimensions of this cumbia trend. But I
say all this to indicate that a response to anything is shaped by one’s
background. I’ll freely acknowledge that my general visceral reaction against
intellectual/cosmopolitan/bourgeois usages of working-class elements grows out
of the confirmed suspicion that these things are *not* usually carried out in
the sense of exploration and alliance that seems to be indicated by Carolina
Gonzalez, but rather, as you say above, cross-class slumming and an exoticist
craving for a *mediated* sensuality/authenticity/spirituality [insert desired
quality of subaltern population here]. (Aside: in this context, actually, I
would say that the lazy and already disowned Deep Forest reference comes out of
the same background: it’s inappropriate for Buenos Aires perhaps, but it isn’t
for Peru, where internal exoticism is certainly an engine of the historic
dynamic I’m talking about.) And I would be willing to be argued out of that
suspicion in any given instance, perhaps this one: but I don’t think that I
want to change the fact that this is the default position from which I begin,
because it seems to be to be so close to the historic truth of artistic
interaction and development.

To phrase/restate this all another way: I’m certainly a judgmental cynic, and
perhaps what I interpret as your optimism is more open-minded and fair. But I
think I need my way for the work that I do. Maybe we should write brilliant
Keil-Feldish dialogues where we argue about who’s right, since the discussion
is so much more interesting than coming to any convincing conclusions about it.

(No, I don’t actually think that I’m Steve Feld or Charles Keil. You can speak
for yourself.)

About the blog: I guess, if you haven’t already gone ahead with it, I would
rather it were posted anonymously, though that’s fine by me. (I’m also
increasingly cynical and suspicious about the internet: I had a Facebook
account for three weeks and shut it down because it terrified me.)

No further comment from me for now, though I’m tempted to add lots of little things. Let me leave you instead with this bit of apropos videyoga ::