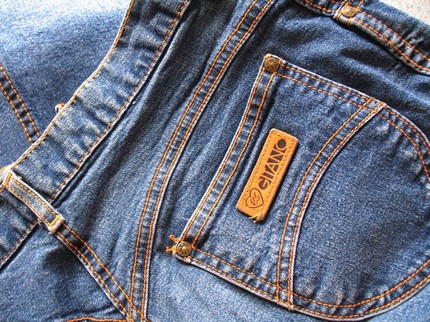 I’m thrilled that Joro-Boro is due to join us tonight for a little Beat Research. A few months ago, I received a fortuitous email from him, linking me to a new mix he’d put together, full of what he called his “favorite local dirty sounds” — a familiar if distinctive melange of polyrhythmic electronic dance music from around the world, quite in line with the kinds of kulturmash I’ve here described as nu-whirled / global-gtech / world2.0, but notably, at least as focused on sonic significations of Euro as Afro:

It was a fortuitously timed email because I had recently posted a note to this blog announcing the appearance at BR of Gypsy Sound System, and the comments rapidly turned into a debate about the use of the term “Gypsy” to promote music, especially by performers who are not themselves counted among the members of the “stateless diaspora” that Rozele trenchantly invokes. Far as I can tell, entrenched as particular positions get, there’s no easy answer on this one given how dispersed and diverse the so-called Gypsy / Gitano / R(r)oma / Sinti / Tsigane experience has been and continues to be. The argument is not unlike disputes over the use of nigga/er (or black for that matter), though obviously there are important differences between these terms and their historical and contemporary uses. Put simply, while some understand gypsy as a slur, others use it in a far more neutral manner, including acts of positive self-identification. I’ve seen countless examples of the latter (now leaping out to me) in the months since.

Contentious as the discussion was, I was glad we were able to have it — and I remain grateful for the conversations that can happen here (especially as my rate of posting dwindles in the face of having two-kids-under-two). I was definitely glad that Joro-Boro decided to add his experienced and thoughtful voice to the mix, like so:

i’ve been struggling with this issue since my early days in mehanata and the release of the compilation (which i wanted to call ‘new york gadjo underground’). i realized that there is a reason why it is problematic to find a name for this music and the reason is this: there is no such thing as gypsy music!

‘gypsy music’ is a name given from outsiders, it is a totalizing machine that forces unity onto divergent cultural forms based solely on the ethnicity of their producers. yes, there are stylistic proximities between a soleá and a russian gypsy ballad, the question is can we just leave them to ethnomusicologists, since they are already in heavy market use on the festival circuit (both in the u.s. and in europe)? this reminds me of the discussions on this blog about nu-whirled music and global ghettotech. similar excluding/exoticizing operations take place when one talks about “world music” and about “gypsy music.” can one talk about “black music” today?

it seems that there was (and still is) a need to argue the historic continuity of roma identity as a tool for gaining political recognition and building a pan-roma identity (toni gatliff’s ‘latcho drom’), but that is not the same as selling tickets or cd’s by advertising a “gypsy music”. a friend of mine from berlin – dj soko – has always managed to avoid the issue by presenting his music (released on three compilations already) and his party as ‘balkanbeats’. when he started using it, the term didn’t refer to just club remixes, but any danceable music from the region (including ska, reggae, jazz and folk). soko is the only one to officially feature a popfolk singer from bulgaria (azis) on a compilation, thus breaking the brass stereotype. and on that note, i only know of one european dj who freely includes chalga and turbofolk in his mixes – dj rasputin. if you happen to know of other ones, please let me know. balkan music is surely more than just brass bands and i usually try to focus on that “more”: the decompressia mix (thank you for posting it wayne!) does start with a shantel track (covering/remixing ciguli’s ‘binaz’), but then also includes examples of both popfolk (ivana with the party mix) and chalga (amet – dogovori) and closes with a fantastic dub track done by a romanian producer with sampled vocals from esma redzepova (zgomot’s miri kamli). i attribute this to the influence of the american environment of hybridity, since it seems that european dj’s usually stay within the confines of one style (i might be wrong – birdseed, can you help me on this?)

but back to gypsy sound system: yes, it is insensitive of them to use that name for the project. and yes, they are “remarkably nice, gentle, warm people” and also my friends, but that’s beside the point. what about gypsy punk? i still think that gogol bordello should have stuck with ‘immigrant punk’ as a much more appropriate name for their style. balkan beat box attempted a neologism with ‘nu-med’ – new mediterranean music (with influences from roma traditions as well as the entire mediterranean). a poster can surely advertise ‘olah music from hungary’ or ‘wedding brass band from bulgaria’ and use “gypsy” only in a footnote as clarification (eugene from gogol bordello usually justifies his use of “gypsy” with american ignorance and fear of the audience confusing it with romanian or italian – from rome – music).

With all of that in mind, and the mix above too, I recommend you to some additional disorientalism from Joro-Boro while you note the nuances, esp in light of the comments above, of his self-description:

Joro-Boro was born in Bulgaria.

He plays and promotes Etnoteck – the dirty and uninhibited side of globalization force-fed back into a party without borders, a three-day Balkan wedding in a post-national state where noise, libido and extasy detonate the market mono-culture.

He established himself during his seven year residency at the Bulgarian Bar (Mehanata) in New York City where he produced the compilation ‘New York Gypsymania’. He is a monthly host of MoGlo (Modern Global) on Radio New York WNYE 91.5 FM.

Joro-Boro is not an artist / charlatan / mythologist. Joro De Boro could be just the opposite.

Most world music 2.0 seems to envision itself sweating in unspecified sultry climes – the word “tropical” bloomed across countless flyers this year, clueing clubbers in to a fashion aesthetic of bright colours and a non-genre-specific approach to music. Schlachthofbronx whitens up the tropical, grafting Bavarian pride onto black bass influences. Their embrace of the Euro-exotic is at once perversely funny and functional: anyone who so wishes can now spice up an Africa-themed dance party with conservative Munich volksmusik – and the crowd won’t miss a beat.

Come to the Enormous Room tonight and we’ll count together how many beats we don’t miss!