Everything was going according to plan. We slogged through Chicago (natch), cruised through Gary and the rest of Indiana, and were hoping to roll along I-90 all the way back to the Bean. But shortly after crossing the Ohio border, our ol’ trusty Honda — so clutch over the years — no longer would shift gears.

And after weathering so much… 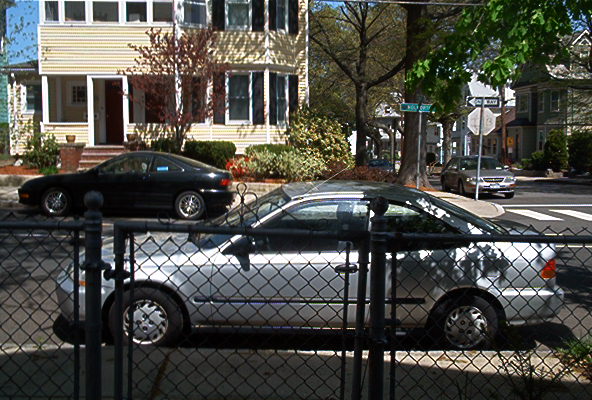 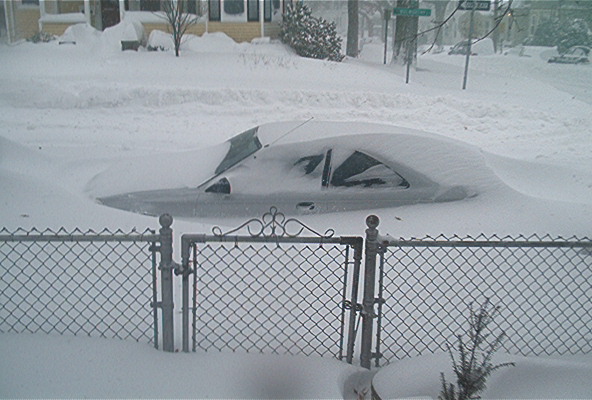 And so, about a quarter-mile from the first eastbound tollbooth in the Buckeye State, we waited. And waited. Nick chucked rocks at a small sign, bullseye on third try. I read aloud, fast as possible, from Harper’s Weekly Review (as e’d to my phone), shouting over the din of 18+wheelers. Becca shivered. A towtruck arrived just before sundown and dragged our car’s silver shell to a garage in nearby Holiday City. We decided to cut our losses, packed everything into our rent-a-truck, and sold the car for cheap to a dude named Dennis, sealed with a handshake in front of a state trooper as Roman Candles popped off in the Holiday Inn parking lot adjacent, all whoop and holler, snap and crackle.

We drove on a few more hours. Slept outside Toledo in a Days Inn. Nodding off to lukewarm beer and Dave Chappelle. Woke early the next morning and drove 12 more hours to Boston, six of them through interminable New York. Worst of all, though: iPod transmitter wouldn’t fit in the cigarette-charger, leaving us with FM and AM only. And as much as I tried to be a good sport about it — Ah, Americana — I can only listen to so much Eagles. In the midwest I was still catching mucha banda, though, oddly enough, the orgullo switched from mexicano to de la raza as we moved from Illinois to Ohio. & while AM is something of a refuge, it’s finicky in its own ways.

I’ll leave it at this little highlight: I had my second epiphanic experience while driving delirious to the strains of “Dream Weaver.” (The first was in Texas at dawn some ten years ago.) The opening of the song is so damn hip-hop (Premo sample that yet?), I was instantly transfixed, enough to float along on the rest of the song’s srsly over-the-top schmatlzathon —

& one more radio note: it was awful nice, if occurring a little too early in loooong New York, to hear “Welcome Back” as we slouched toward Bawstin —

They were playing that one for me, even if they didn’t know it.

So, yeah, here I am. Back in Boston, feeling at home.

But another funny thing happened on the way back to town: I landed in Belmont, just west of my native West Cambridge. Having grown up on the Cambridge-Belmont-Watertown border, I’ve known Belmont fairly well for a long time. My new neighborhood in particular, Cushing Square, I know quite well. It was a rainy day destination for us as kids, what with its enchanting five-and-dime store and ice-cream shoppes. Living here now is funny, tugs of nostalgia even though there’s a Starbucks where Friendly’s used to be and a few more restaurants tending to the up-scale rather than down-home (though Teddy’s diner remains refreshingly good and simple and Ben Franklin is still here and gloriously full of odd and useful things). Belmont has always had its “tony suburb” qualities — low crime and green lawns, and it’s a “dry town” to boot — but it retains some working- and middle-class character even into the Mitt Romney era.

We’ve settled here for the time being because Becca‘s based in Cambridge for at least another year or two, and I’m gonna be teaching in Waltham. Especially for a carless commuter couple, Belmont makes a perfect midpoint: it’s bikable and busable/trainable from both places. It has other charms, too, which I will no doubt be sharing as we go. But most of all, it feels good to be back in the midst of so many friends and family and familiar places, faces, sights, and sounds. As much as I like getting outside of the familiar, those lovely differences only make sense — or at least take on greater resonance — in relation to a home set of experiences, I think. (At least, for me.) Of course, it helps that I like the place I call home so much. No place like it.

One additional reason I’m vvvv excited to be back is that I’ll be helping out DJ Flack with his weekly Beat Research sessions at the Enormous Room. & I’ll be doing my best to fill the huge shoes of DJ C, who has essentially switched places with me, trying his hand in the Windy City for a lil while. (Keep yer ears peeled, Chicago.) I’m looking forward to being a regular research assistant, and to getting back into a real music-playing/making regimen.

The real kickoff for my summer musicking is this Friday up in Montreal, of course, but if you’re in town, come on down to Beat Research tonight, where I’ll be nodding along with Flack and his guests, Giessel and Ghostdad. Maybe see u there —