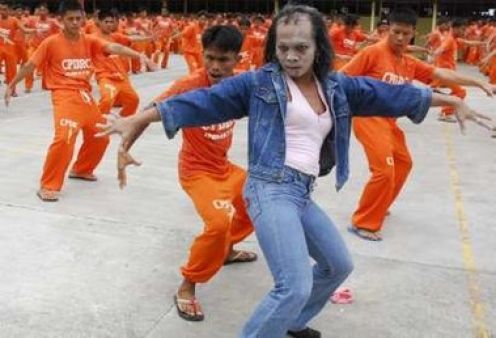 I agree with Sharon and Boima, searching for authenticity is a good way to miss the forest for the trees. In other words, authenticity is so vague. Or as I’ve put it elsewhere (see note #2), there’s no there there.

Back to forests and trees. In the revised version of that globalization theory classic, “Disjuncture and Difference in the Global Cultural Economy,” Arjun Appadurai argues that many accounts of globalization are riddled by “a confusion between some ineffable McDonaldization of the world and the much subtler play of indigenous trajectories of desire and fear with global flows of people and things.”

Discussing said subtler play of trajectories, Appadurai contends that “Americanization” is a “pallid term” to describe, for example, the “disturbingly faithful” Filipino renditions of American pop song (see p. 49). For those who don’t want to read the excerpt, I’ll skip straight to the kicker:

Munch on that money mouthful for a minute. Or better yet, watch this (& see also) —

The cherry on top? Appadurai brings it all back home with a Jamesonian flourish —

I would like to suggest that the apparent increasing substitutability of whole periods and postures for one another, in the cultural styles of advanced capitalism, is tied to larger global forces, which have done much to show Americans that the past is usually another country. If your present is their future (as in much modernization theory and in many self-satisfied tourist fantasies), and their future is your past (as in the case of the Filipino virtuosos of American popular music), then your own past can be made to appear as simply a normalized modality of your present.

This unleashing of the imagination links the play of pastiche (in some settings) to the terror and coercion of states and their competitors.

If you dislike that elliptical leap, I suggest you read the whole thing. And if you’re upset that I left Ramiele Malubay out of the conversation, feel free to leave a comment!