Today the NYT reports that the Federal Trade Commission is not happy about the recent spate of horror films, some of which use torture as a central feature. Elsewhere, Slavoj Zizek argues that

most of us can imagine a singular situation in which we might resort to torture â€” to save a loved one from immediate, unspeakable harm perhaps. I can. In such a case, however, it is crucial that I do not elevate this desperate choice into a universal principle. In the unavoidable brutal urgency of the moment, I should simply do it. But it cannot become an acceptable standard; I must retain the proper sense of the horror of what I did. And when torture becomes just another in the list of counterterrorism techniques, all sense of horror is lost. [oomph mine]

the end of which resonates rather strongly, I think, with Paul Gilroy’s diagnosis of England’s postcolonial melancholia. Referring to the “pioneering social psychology” of German psychoanalysts Alexander and Margarete Mitscherlich, Gilroy applies to “the British people” what we might also apply to the American —

[the Mitscherlichs] warn that melancholic reactions are prompted by “the loss of a fantasy of omnipotence” and suggest that the racial and national fantasies that imperial and colonial power required were, like those of the Aryan master race, predominantly narcissistic. From this perspective, before the British people can adjust to the horrors of their own modern history and start to build a new national identity from the debris of their broken narcissism, they will have to learn to appreciate the brutalities of colonial rule enacted in their name and to their benefit, to understand the damage it did to their political culture at home and abroad, and to consider the extent of their country’s complex investments in the ethnic absolutism that has sustained it. (99) [oomph mine]

& perhaps the Australian as well, etc. 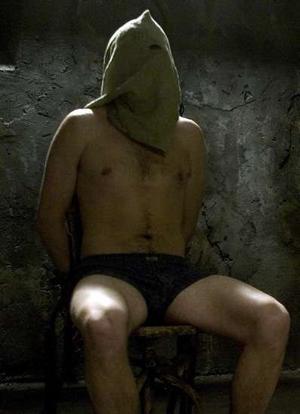 6 thoughts on “Attack of the Gray Lady 13:
Government to Take a Hard Look at Horror (As If)”