My students have been hard at work in this spring’s session of Technomusicology at the Harvard Extension School (which I’ve just realized marks 10 years since I first started teaching there!), and I’m eager to share some standout projects. 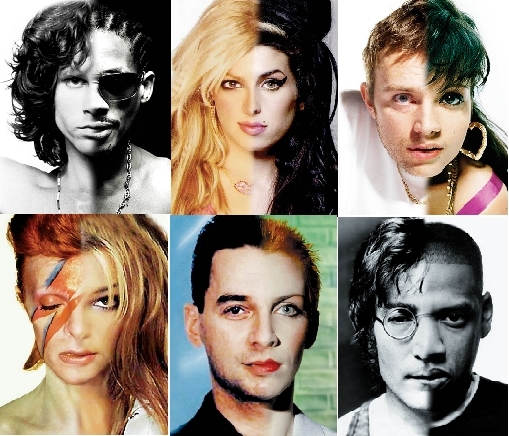 We recently turned to the mashup as a media form to grapple with, thinking about the particular convergence of technologies that enabled its emergence (Napster, MP3, AcidPro) as well as the range of aesthetic approaches that mashups seem able to support.

Of course, as a technomusicological object, we also thought about how we might use the mashup to tell a specific story about musical relationships — an idea I’ve been exploring for a while under the heading of “mashup pedagogy.” Moreover, while the mashup might seem passé as a form, it’s actually an especially interesting time to study mashups based on their latest incarnation: as trial evidence!

So here are several stellar mashups made by this spring’s budding technomusicologists.

First, a mashy mini-mega-mix of nine varied renditions of the Spider Man theme!

How about a musically-inspired mashup of “Short Change Hero” by The Heavy and music from Mega Man?

Or perhaps you’ve really been waiting to hear (and just never knew it) how Gloria Gaynor sounds over a thumping four-four and, alternately, how Kelly Clarkson rocks over some ol’ disco beats — a time-spanning mashup of anthemic feminism!

Ok, it’s true: what we all needed to hear was a mashy history, including commercial and amateur versions, of the genealogy connecting Nelly’s “Hot in Herre” to its go-go source, Chuck Brown’s “Bustin Loose”:

Well, that’s an edifying earful if I don’t say so myself! Here’s to my talented and dedicated students; stay tuned for some inspired, edutaining YouTube montages to follow!

Finally, if this sort of endeavor piques your curiosity and you’d like to join us on our next technomusicological journey, I’ll be offering the class next as a special, intensive 7 week session from June-August via the Harvard Summer School.