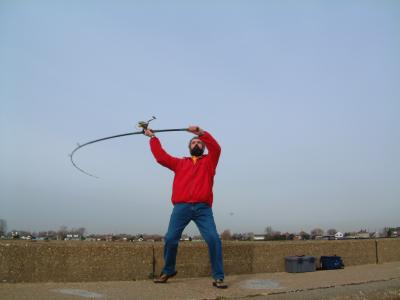 This is the post that will never get posted unless I just post it. Been sitting on it and adding to it for too long. So here it is, incomplete as it will have to be, as I seem to discover a new podcast or mix series or audio-show-thing every few days or so. So much music out there, it’s totally wonderful — and a little overwhelming. This is an attempt to recommend what have promised to be (and in many cases deliver) regular sources — indeed, series — of well-considered musical sequences.

Not only, I’m afraid, will this list no doubt be missing some things I actually do DL and dig, the annotations will have to be tantalizingly brief. & I should note that not all of these are subscribable, and they certainly need not be listened to on a “pod”; some are updated more than others, some are practically defunct; also, I’ve loosely grouped — and in some cases brutally shoehorned — all the “casts” into general categories, and in no particular order. If you see something missing here 4 which I should be checking, do leave a comment. But enough disclaiming —

>> blogariddims — readers of this humble blog have been well-intro’d to this series by now; props to droid for running a tight ship (subscribe)

>> masala — global beats via MTL; up to the time, fairly ecumenical, if, oui, ghettocentric (subscribe)

>> spannered — they’ve only put out one oddcast so far, but they’ve got nuff amazing mixes up over there

>> blentcast — mr.blentwell‘s relatively rare but rarely disappointing cast series remains up for the download, and you can even subscribe to all that gets posted @ that deep mix emporium if you wanna

>> murkcast — only two so far, but both strong and interesting, expressing contemporary europe’s egyptian/gypsy roots/routes (subscribe)

>> dr.auratheft — can’t talk about something like europe’s global character as expressed in a mix without mentioning the ongoing expositions and interventions of the venerable siebe thissen

>> gnawledge — outernational hip-hop and other out-there excursions and excursions out there, none of which sounds as redundant as that description (subscribe)

>> algoriddim — roots-n-culture artist-centric reggae radio shows straight outta chi-town; curatorial in orientation but not too constrained by such concerns (subscribe)

>> blackmagicplastic — mostly reggae, some other stuff; check the i’s blog to get a sense of what shows up on the ‘cast (subscribe)

>> control to chaos — series by t.vanVeen and fishhead focusing on “renegade & liminal genres,” which usually sounds like techno and ambient to me (with some outliers), which is good (subscribe)

>> nick nice — an (increasingly?) mashdup series, but dude used to drop the bestest house anthems and classic/deep cuts every satrday night in madison, WI back when i was an outright gradschool dancing fool, so i’m waiting for re-ups of some old “butter” sets, yup (subscribe)

(love to find some good minimal, etc., mixxage if anyone can recommend)

>> theory of everything — benjamen walker’s disturbing & disturbingly funny radio show, blurring all kinds of lines and, mebbe just mebbe, helping us all to tell the truth a lil bit better

>> radiolab — quite the entertaining show: meticulously and playfully edited & offering accessible discussions of science and philosophy with eccentric experts; i highly recommend the “musical language” episode and anything involving oliver sacks (subscribe for season 2; season 1 available as streaming audio)

>> this american life — an obvious choice, but what can i say, i like ira glass, and i think he presents a pretty interesting picture of american life week in and week out (tho it is a little weird how many contributors put on their best “ira glass voice” when producing their own segments); plus, it’s made in chicago, and i like to support the locals, knamean (subscribe)

Finally, I should maybe mention that I too have a podcast. If you hadn’t noticed, that’s because I’ve only put out one likkle mix so far, the Boston Smashacre. But I’ve got a massive mix coming soon, so stay tuned (subscribe) —

— and do leave any recs that come to mind. Got nuff to listen to, indeed, but always lookin for more.