I’m heading to Seattle tomorrow to attend EMP’s Pop Conference for the second time (the last time was back in 07). I think EMP might have the best vibes of any music conference I’ve attended (and I’ve attended a few). The reason is simple: it brings together people — generally academics and professional music writers — who: a) are excited about music, and b) are excited about the challenges and joys of finding words to talk about music. Neither of these conditions is necessarily — or even commonly — found among the attendees of academic music conferences, in my dreary experience. (Don’t get me wrong, though, I also feel quite at home nerding out with a few fellow excited-abouts at SEM each year.)

This time around I won’t be “giving” a “paper”; instead, I’ll be speaking on a roundtable alongside two fellow Reggaeton contributors, Alexandra Vasquez (who wrote an imaginative, interesting piece about Ivy Queen for the volume) and my co-editor Raquel Rivera. The topic of our panel has to do with reggaeton but, rather than presenting summaries of our chapters or something wack like that, we’re turning our attention instead to perreo and the myriad questions posed by the genre’s provocative dance. Here’s the blurb from the conference website:

I’m sorry to report that our “perspective from Jamaica” will be absent from the conversation. We were excited to have Sonjah Stanley Niaah join us, but at the last minute she was unable to make the trip. That’s unfortunate, especially since I’m eager to talk about perreo (aka, winding, grinding, freaking, etc.) in cross-cultural perspective, not to mention reaffirming the links between reggaeton and reggae. We’ll still do all that, no doubt, especially anticipating all the knowledgeable colleagues who might be in the audience. But it would have been great to have Sonjah inna the house.

For my part, I’ll be discussing the circulation of “perreo” outside of Puerto Rico — both traveling with and, interestingly, also without reggaeton. See, e.g., Colombia, where you get perreo con champeta — 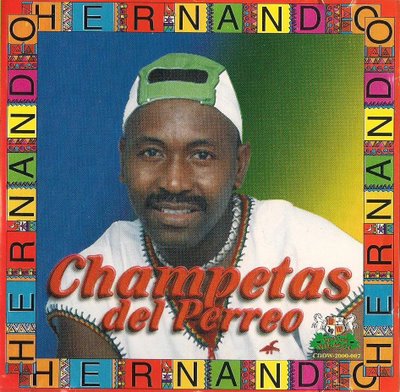 Or an old favorite of mine: Peru’s own Perreo Chacalonero (see also). Recuerda esto?:

Among other things, I’m interested in how perreo enters into (inter)national(istic) discourse around race, class, gender, and morals. I also think there are some interesting ways in which Peruano instantiations of perreo call special attention to dimensions of the dance that challenge too easy an understanding as patriarchal/submissive.

I’m quite looking forward to hearing what Alex and Raq have to say too. For her part, and I hope she doesn’t mind my sharing this, Raquel wants to discuss

recent written/visual work focused on dance/music and eroticism/explicit sexuality in hip-hop, dancehall and reggaeton… and explore how those works grapple with issues of power, healing, objectification, commodification, liberation, etc. I want to understand better the points of contention among feminists/”progressives.” My focus will be perreo in reggaeton but since there has been so little on the subject… I want to discuss it within a broader framework.

That’s a lot of stuff I’ve also been trying to wrap my head around lately in various ways, partly in conversation with Raquel and Sonjah and others. I can’t wait to hear what other perspectives emerge on Friday. (I’m also looking forward, among other things, to this.)

Finally, let me leave you with our initial abstract for EMP, as I think it lays out in greater detail (and fine concision, if I don’t say so myself) what we’d like to talk about —

In the last decade, reggaetón has risen from the Puerto Rican underground to the global mainstream. Reflecting as it informs the shifting shapes of American society, the genre’s hyper-modern, synth-driven mix of rap and reggae, with occasional “Latin” flourishes, has topped international charts while finding grassroots adherents across the Americas. Ubiquitous in urban soundscapes and penetrating the heartlands via digital media, reggaetón animates vociferous debates around race and nation, class and gender, morals and mores. Crucial to its appeal and rejection alike, reggaetón travels not simply as music, but as image, fashion, and dance. As such — and especially as perreo, the doggystyle dance so part and parcel of the genre — reggaetón has been accused of aiding and abetting the dirtiest of dancing, providing the default soundtrack for sex work, and facilitating the corruption and deflowering of young people on dancefloors worldwide.

¡Reggeatón! Perreo and Beyond celebrates the production of critical literature on the genre, the forthcoming volume Reggaeton (Duke University Press, February 2009), as it offers new directions for subsequent scholarship by extending the book’s topics and analyses. Edited by Raquel Rivera, Wayne Marshall and Deborah Pacini Hernandez, the volume is the first of its kind to stage a conversation between scholars in the humanities, social sciences, and the genre’s performers. Our panel gathers representatives from all three constituencies and adds a perspective from Jamaica, a crucial source of inspiration for reggaeton music and dance. As sympathetic and critical observers, we engage reggaeton’s twists and turns in order to better see it, hear it, feel it, and tell it like it is.

I suspect there’ll be a few friends & readers of this humble blog in the strangely shaped house. Hope to see some of you there —

8 thoughts on “Beyond Perreo”