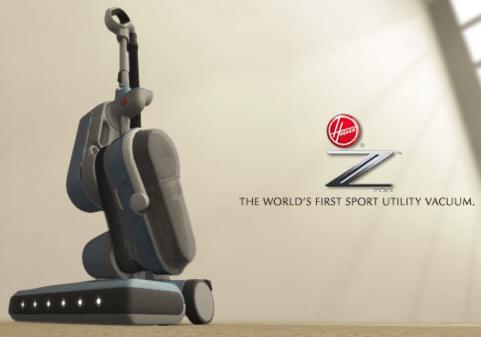 I promised to post about “raveyton” a long time ago, and twice. A recent ghettobassquake post serves as a fine reminder. Noting that reggaeton synths have been “sliding into more Trancedelic wave forms,” Sñr Vamanos acknowledges that “[d]ramatic synths have been there for a while.”

Sin duda! Working in an utterly omnivorous genre, reggaeton producers were waaaay ahead of the trans-regional trancehall curve.

Allow me to offer an excerpt from my chapter in the forthcoming reggaeton book (pre-orders available!) which describes the turn toward synths — even if often samples of synths — among late 90s underground/dembow/reggae/ton producers:

Around the same time the genre was becoming known by a new name, the music had begun to accrue several of the stylistic features that propel today’s radio-friendly, club-ready confections. The advent of new music production technologies, in particular synthesizer and sequencer software, has a great deal to do with this shift in sound. Programs such as Fruity Loops, with telltale “pre-set” sounds and effects, served to expand and change the sonic palettes of reggaeton producers. In part because such programs were often initially developed as tools for techno producers, the genre started to move away from reggae and hip-hop samples and toward futuristic synths, cinematic strings, bombastic effects, and (especially just before a “big” downbeat) crescendoing kick drums, snare rolls, and cymbal splashes. The latter formal devices sound more derived from trance-style techno anthems than anything else, if also, notably, sometimes syncopated in a manner more reminiscent of breaks in salsa or merengue. Established producers such as DJ Playero, DJ Nelson, and DJ Joe, as well as relative newcomers such as DJ Blass, helped move the genre’s primary sound sources from samples to synthesizers, introducing the use of heavier kick drums, ravey synth “stabs,” and trancey arpeggios as well as cartoonish digital sound effects (wind blowing, explosions). Their productions were not uniform or mutually indistinguishable, however, and each offers an interesting look at the development of the genre during a crucial transition.

[Several] tracks on Playero 41 strongly embody the genre’s new techno- and pop-oriented directions. Notty Man’s “Dancing,” for example, features various techno synths, evoking the distinctively “squelchy” sounds of the Roland TB-303 and employing the characteristic filtering, or frequency sweeps, of electronic dance music. Daddy’s Yankee’s “Todas las Yales” is another case in point. The track begins with a “detuned” synth riff evoking any number of trance or techno tracks. As a four-on-the-floor kick drum augments the riff, one could easily mistake it for a standard, if not cliché 90s club anthem, at least before the dembow drums enter. Once the 3+3+2 snares come in, along with Yankee’s voice, there is no mistaking the track for anything other than reggaeton; nonetheless, it offers a clear example of how synthesized (and/or sampled) techno references came increasingly to supplant the genre’s affinity for hip-hop and dancehall sources. The track still moves somewhat starkly between a hip-hop groove and a dembow rhythm, however, and such alternation maintains connections to mid-90s style. Moreover, at points Yankee propels his lyrics with a couple (characteristically “out-of-tune”) melodies borrowed from Culture Club’s “Karma Chameleon” (1984) and the Bangles’ ballad “Eternal Flame” (1989). Although these references to 80s pop hits might seem slightly odd here, not to mention rather far from the symbolic links which borrowed hooks from reggae or hip-hop songs might once have evoked, they are actually quite consistent with what has long been an ecumenical outlook for the genre—an approach derived in part from hip-hop’s and reggae’s own voracious practices. Finally, “Todas la Yales” also offers a window into the enduring presence of Jamaica via Panama: the term yales, which Yankee at times interchanges here with mujeres (i.e., women), comes from the Panamanian slang guiales, which itself adapts gyal, a Jamaican creole version of girl or girls.

Productions by The Noise and DJ Joe during this period demonstrate similar trends. On The Noise 9 (2000), for instance, one hears the telltale sounds of Fruity Loops pre-sets and effects alongside other synthesized sounds, especially the pounding bass drums for which techno is known. One also hears, however, the same big bass synths, chopped-and-stabbed hip-hop references (e.g., squealing Cypress Hill samples), repeatedly triggered vocal lines, allusions to dancehall melodies (Ruben San crams several into a single song), and Dem Bow samples (especially the snares, but also the riddim’s resonant bass drum) for which melaza had been known. The Bam Bam, Fever Pitch, and Poco Man Jam riddims also rear their heads in the mix. Although the pistas still shift in shape and feel at regular intervals, sometimes fairly radically, the music is less pastiche-like than on earlier recordings, however, and the song forms more closely resemble standard pop fare. DJ Joe’s millennial mixtapes also seem to confirm these directions. Whereas the producer’s late 90s mixes retain a great deal of melaza style, shortly after 2000 the influence of Fruity Loops and nods to techno become far more pronounced. With the exception of Dem Bow drum samples, by the release of Fatal Fantassy 1 (2001), big, cheesy club synths, digital explosions, and melodramatic percussion crescendos dominate the tracks’ textures, overshadowing any sample-based connections to earlier styles. Vocalists still employ dancehall related melodies as well as various pop allusions (including the 50s hit “Mr. Sandman”), though one also hears a refinement of such a melodic approach: a distinctively Puerto Rican approach to melodic contour and vocal timbre—often evoking the nasal singing styles of many soneros—seems to emerge after a decade of recycling a handful of tunes. A connection between the sounds of techno and the sexual already appears rather reified by this point, underscored in DJ Joe’s case by the suggestively (mis)spelled reference to a popular video game (Final Fantasy) on his Fatal Fantassy series.

Despite these parallel movements across the reggaeton scene, during the first few years of the new millennium DJ Blass might rightly be credited as most audibly promoting the tecno sound, conflating it with sexual license, and ushering in a good number of the elements which remain staples of the genre today and mark most of its mainstream hits. Blass’s Reggaeton Sex series employs the futuristic, tactile synths and bombast of rave-era techno and contemporary trance to great effect, creating physically and psychologically compelling music over which (male) vocalists and (female) “phone-sex” samples repeatedly invoke the body and the bawdy. Over saw-tooth synths and ping-pong arpeggios, crescendoing kicks and snares and cymbal crashes, vocalists exhort (and/or order) women to “move it,” perreo, and do a fair number of other, more explicitly sexual acts. Rather than the pliant, reggae-derived basslines of the mid-90s, synthesized bass tones serve instead to accentuate the kick drums on each beat, often with a I-V (“oompah”-style) movement and sometimes tracing out simple chord progressions—a rudimentary rhythmic and harmonic role for the bass which has remained a feature in a great many commercial reggaeton productions. Against these steady bass tones and heavy kicks on each beat, the snares—sampled from Dem Bow, Bam Bam, and other favorite reggae riddims—frequently come to the fore, pulling against the foursquare feel with their 3+3+2 accents and making quite prominent what is, at times, the only audible, timbral connection to the genre’s underground roots. Gesturing to the regularly shifting forms of the mid-90s, Blass often switches between different snare samples at 4, 8, or 16 measure intervals, creating a subtle sense of form against the otherwise somewhat static synth vamps.

That Daddy Yankee track described above, “Todas las Yales,” has to be heard to be believed. You’re very welcome —
[audio:http://wayneandwax.com/wp/audio/Playero41-TodoslasYales.mp3]

Funny story — I sent that track to techno sage Philip Sherburne (almost three years ago!) and he responded, somewhat stunned:

… those vaguely detuned chords are a pretty standard trance trope – a popular present on synths like the access virus, which are highly valued in trance circles.

thanks for sharing, i had no idea that reggaeton was going in this direction. is this an anomaly?

to which i replied:

i think reggaeton already went in this direction, actually, with producers preferring techno-y synths (often b/c of the adoption of digital sequencers, e.g., FL — pace your lil jon observations) to hip-hop and dancehall samples since the late 90s, if not a little before. i’m still trying to get a date on this track, but i think it’s from around ’98, which is almost ten years ago! pretty wild. …

if indeed this is from ’98, does that change your reading?

this is eight fucking years old? whoa. it doesn’t change my reading, necessarily, but it blows my friggin mind….

in that case, it does make me feel like reggaeton’s regressing (unless there is similarly bananas shit out there, but i haven’t heard it, not in 2006 anyway).

I couldn’t resist pointing out to Philip, neologist extraordinaire, that there was an artist on a DJ Joe album named “Microhouse.” (Good luck hunting that one down!)

Speaking of neologists, Simon Reynolds, to whom I also sent the track, said something pretty Simon-esque in reply —

all those riffs sound like anagrams of each other!

Speaking of anagrams — or perhaps analogs — it’s worth noting that reggaeton is not a lone vanguard in this regard. So let me to make another promise and offer, at some (not so?) future date, a similar look at funk carioca’s own millennial flirtation with ravey synthstabs & techno kicks, experiments which well predate the pós-baile-funk efforts of guys like DJ Sany Pitbull.

11 thoughts on “All Your Bass Are Belong To Us”