As published in issue 377 of The Wire (July 2015), here’s my joint review of two recent books about soundsystem/DJ culture, each of them impressive efforts of deep documentation and deliberate framing even as each takes a rather different approach to the project. Together, they further round out our understanding of the soundsystem as global form and local culture. 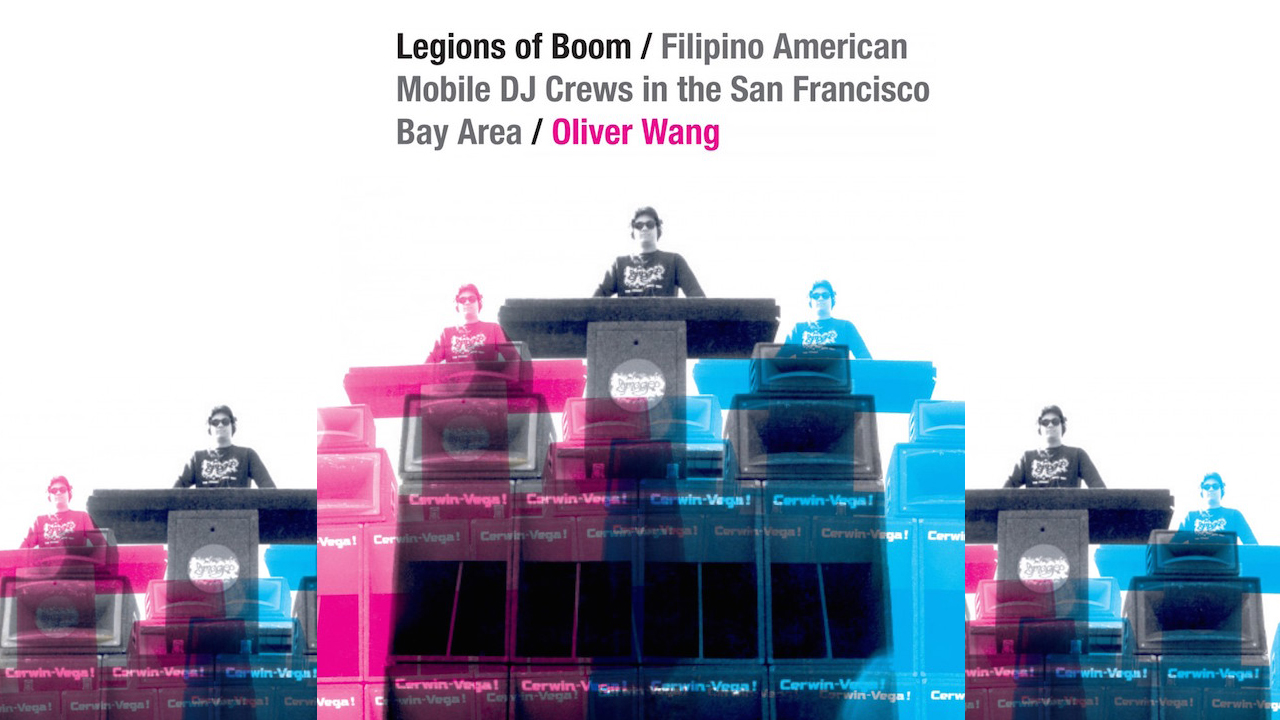 The sound system has been a paradigm of musical experience for over half a century, but only recently has a global picture begun to emerge. While such legendary sites as New York, Chicago, Kingston and London boast substantial literatures devoted to the genesis and development of disco, hiphop, house and reggae, the amazing stories of how record-wielding disc jockeys and discerning, dancing audiences reshaped the musical and social lives of, say, Rio de Janeiro, Rotterdam or Cairo are only just coming to light. Oliver Wang’s Legions Of Boom and Mirjam Wirz’s Sonidero City offer welcome contributions to this emerging world history, bringing rich portraits of the San Francisco Bay Area’s mobile DJ crews, Mexico’s sonidos, and Colombia’s picós into the mix.

At a glance, the two texts provide rather different portraits of mobile sound system scenes. While one is written in academic but accessible prose, collegially situated in the domain of popular music studies, the other is nearly wordless and self-published, a collection of hundreds of poignant and telling images. But both stand as impressive, textured documents that should be of interest to anyone curious about how sound systems take on local colour and meaning.

Of all the local scenes that have gathered around the live playing of dance records, few outside the pantheon have enjoyed so detailed and attentive a treatment as Legions Of Boom gives to the Bay Area’s mobile DJ crews of the late 1980s and early 1990s, a scene centred around disco-derived, blend-oriented continuous mixing and underpinned by a burgeoning Filipino community. Wang’s account strikes a careful balance between oral history and analysis, grounded in ethnography while also working to interpret and elaborate the significance of the story. He chronicles the rise and fall of the scene, charting its course from suburban garage parties to spectacular large scale showcases to the emergence of scratch DJs who would one day play a part in the scene’s dissolution. The Bay Area has, of course, long been on the map thanks to such Filipino turntablist luminaries as Q-Bert, Shortkut, and Mix Master Mike, and Wang’s book gives their sudden appearance on the world stage crucial context, explaining how “the scratch scene’s roots grew in soil first tilled by the mobile crews”.

While narrating according to the scene’s chronology and its participants’ testimony, Wang also considers more abstract questions, such as what it means to be a scene (and not, he insists, a subculture), how the lack of mass media access encouraged peer to peer interactions, and why class and gender are often elephants in the rec room. Wang devotes two central chapters to the scene’s “preconditions” by which he refers to such “internal” factors as “the allure of social status, the aura of work as a DJ, and the appeal of homosociality” (and the consequent reproduction of masculinity), as well as to such “external” “soft infrastructure” as the social networks connecting crews and audiences: “peer-run student and church groups, middle-class parents and relatives, and Filipino community groups”. He also gives an apt amount of space to the remarkable degree of collective labour involved in producing a single mobile DJ event, never mind an entire scene.

Wang develops his account of the scene over a series of chapters, each framed with an event flier that serves as a focal point for a particular moment in time and dimension of the scene. These help to give a vivid picture of the do it yourself material culture at the heart of the mobile DJ scene. For all its crucial images, however, as an annotated oral history at its core, Legions Of Boom is a book centred on the words of the scene’s participants and Wang’s insightful perspectives as a scholar, a journalist, and a DJ.

In contrast, Sonidero City puts images front and centre in its representation of sound system culture in Mexico and Colombia. Mirjam Wirz presents herself as a photographer, a humble explorer inspired by the world of sound system cumbia to go on a “spontaneous research undertaking”: “I headed out onto the streets, talked to people, visited living rooms, courtyards, and dance events, and captured with the camera whatever the trail led me to”. Indeed, there is little in the way of framing in the book save for that of the photographs themselves. As for those, they are often powerful, ranging from documentary snapshots of audiences and sonideros in action to more intimate, artful portrayals of individuals and their cherished artifacts: luridly painted speaker boxes, handwritten signs and well worn vinyl, yellowing stationery and posters. On their own, many shots are arresting, carrying a sense of intimacy and eye for detail; in the aggregate, they produce a sensuous, variegated picture of sound system communities in Mexico City, Monterrey and Barranquilla.

Sonidero City includes a small booklet offering context and credit, including an annotated index of every image in the book as well as some suggestive fragments. Wirz rehearses a big picture history of cumbia but turns quickly to the more recent, local histories of cumbia as working class sound system culture in Mexico, where sonidos have reshaped cumbia and salsa as hip-hop did funk, reggae did R&B, and disco did soul, and in Colombia, where soukous has served as musical muse and raw material for local reinvention. The booklet effectively intersperses brief histories with interview excerpts as well as a transcription of a sonido talkover session (with cumbia lyrics in capital letters), a direct but playful representation that speaks volumes without explication: “THINKING OF YOU, THINKING OF YOU, LOVING YOU – here goes for Angelo, the Incorrigible… Curly from Moctezuma and his old lady, because Susanita is old. LOVING YOU…” 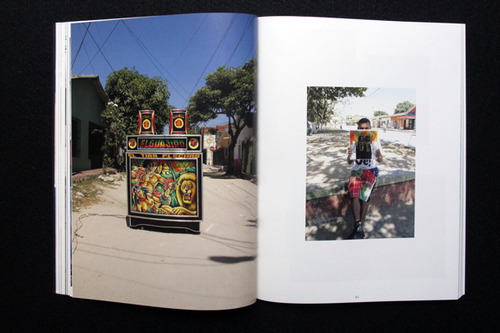