A pair of GINORMOUS genre-busting mixes recently wiggled their way into the e-ther c/o two of my fave Riddim Methodists:

1) DJ Flack offers the latest in the still-stellar Blogariddims series. And “Beyond the Valley of the Smurfs” is srsly on some next next. Flack’s been digitizing his laaaaarge vinyl collection in an attempt to infuse more warm, wacky sounds into the Seratonin. As he details in his notes on the mix, dude decided to start the arduous process on the fun side, selecting some of his oddball, off-the-wall, genre-blend-ready favorites to string into a long, twisted journey. “As for the Smurfs,” Flack writes,

well that is from a record I used to listen to with my sister when we were kids. I thought the sped up voice thing went well with my notion of playing things on the wrong speed and when I revisited that record I was surprised to find a track that was pretty danceable and even had an electronic reggae bounce to it!- the lyrics were even more drugged out than I remember. As Droid pointed out â€œif smurfs eat smurfburgers- does that make them cannibals?â€, frankly I wouldnâ€™t put it past them. I am not really a big fan of the Smurfs and I want this mix to take you past those creepy blue humanoid beings and over to the unexplored regions of their magical valley where even stranger creatures exist. 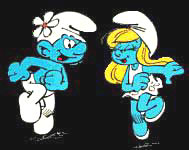 2) DJ Ripley runs ruffshod over all sorts of styles to create what she dubs “a reggaeton flavored breakcore mentalist jammy.” Rip whipped up the hysteria for the good chaps over at Spannered, who recently launched a media-rich website full of all kinds of goodies — from audio to video to interviews. While you’re over there grabbing Rip’s mix, I’d also recommend getting an earful from the likes of Hanuman, El Kano, and Filastine — and definitely this eye&earful from DJ Scotch Egg. (To boot, I was pretty tickled to hear, in their inaugural Oddcast, myself rappin over an oldtimey country rag!?! — a valiant effort and interesting experiment, if a lil off’n’on)

&don’t miss Ripley’s riffs on her well-rounded and oddly overlapping interests — running from law to tech to “medical activism.” Sound like a stretch? Well, so do her mixes. In a good way. And as in her mixes, it all comes together. 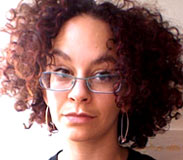