This Friday, February 8, Harvard’s “African Musics Abroad” seminar will stage a one day conference called “Africa Remix” with an aim to

probe the global circulation of African musics in the late twentieth and early twenty-first centuries, featuring presentations by major producers of African sound recordings, discussions with presenters of African musical performances live and mediated, and insights from and a performance by musicians who are themselves engaged in the process of remixing African music worldwide.

While African musics have been traveling (and transformed) for centuries, not least via the slave trade, the conference will focus on more recent musical movements and mixtures — namely those that have followed in the wake of the era of African independence beginning around 1960. According to the organizers:

The increased physical mobility of many African musicians has been amplified by an active recording industry. The global circulation of African musics has opened a space that accommodates both dialogue and dispute, one that has both reshaped musics from the continent and transformed musical creativity and performance internationally. Issues include questions of who is representing African music, the ethics of “musical borrowing,” and the economic dimensions of remixing practices for African musicians who are the sources of circulated musical materials.

The bulk of the day will be devoted to three panel sessions bringing together producers, practitioners, and scholars — “Producing Global Sounds,” “Shaping Local Reception,” and “Collaboration or Appropriation?” — and I’m happy to report that I’ll be chairing the third one, a conversation around a well-worn debate but, hopefully, offering some fresh angles thanks to the rich ethnographic and interpretive work the panelists will draw on in their presentations (which will range from roots reggae in Israel to Malian dance in diaspora to, possibly, Die Antwoord, though I have yet to confirm that last one).

The keynote speaker is Francis Falceto of Buda Musique in Paris, who will explore the conference theme through a discussion of his renowned Éthiopiques series, which to date has issued twenty-seven albums from the century-long history of Ethiopian sound recordings.

Rounding things out at the end of the day, there will be a free concert by Boston’s breakout Ethio-jazz group, Debo Band, following a conversation between bandleader (and erstwhile ethno student here) Danny Mekonnen and Prof. Kay Shelemay.

Actually, for those who are interested in really rounding things out, the perfect nightcap will involve following me & Chief Boima over to the Good Life, where he’ll join King Louie from Texas’s Peligrosa crew, Boston’s/Austin’s own Swelta (#FEELINGS), and resident DJs Riobamba & Oxycontinental for a very special edition of Picó Picante. After a long day of thinking and talking, actually embodying some “Africa Remix” vibes will be a welcome culmination & break, and these are the DJs to take you there — 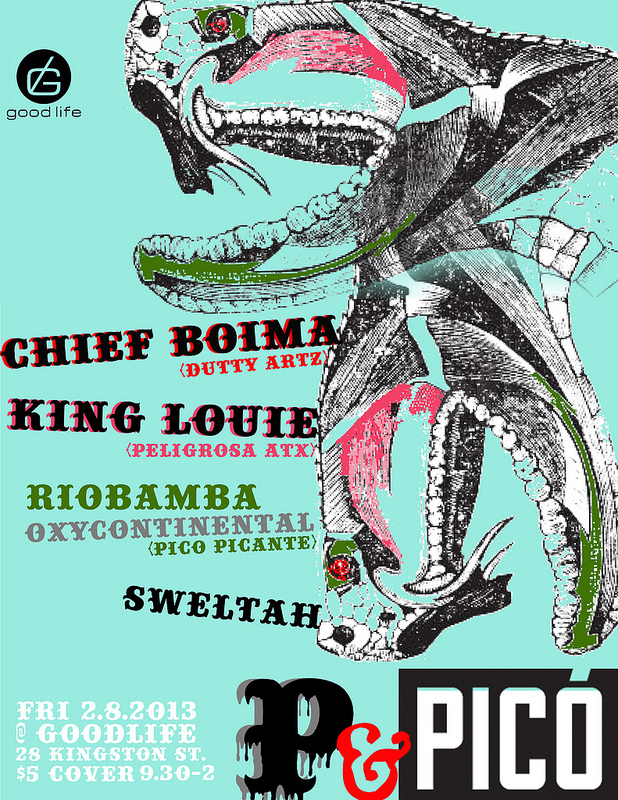 Should be quite a day (& night). Here’s the full program: 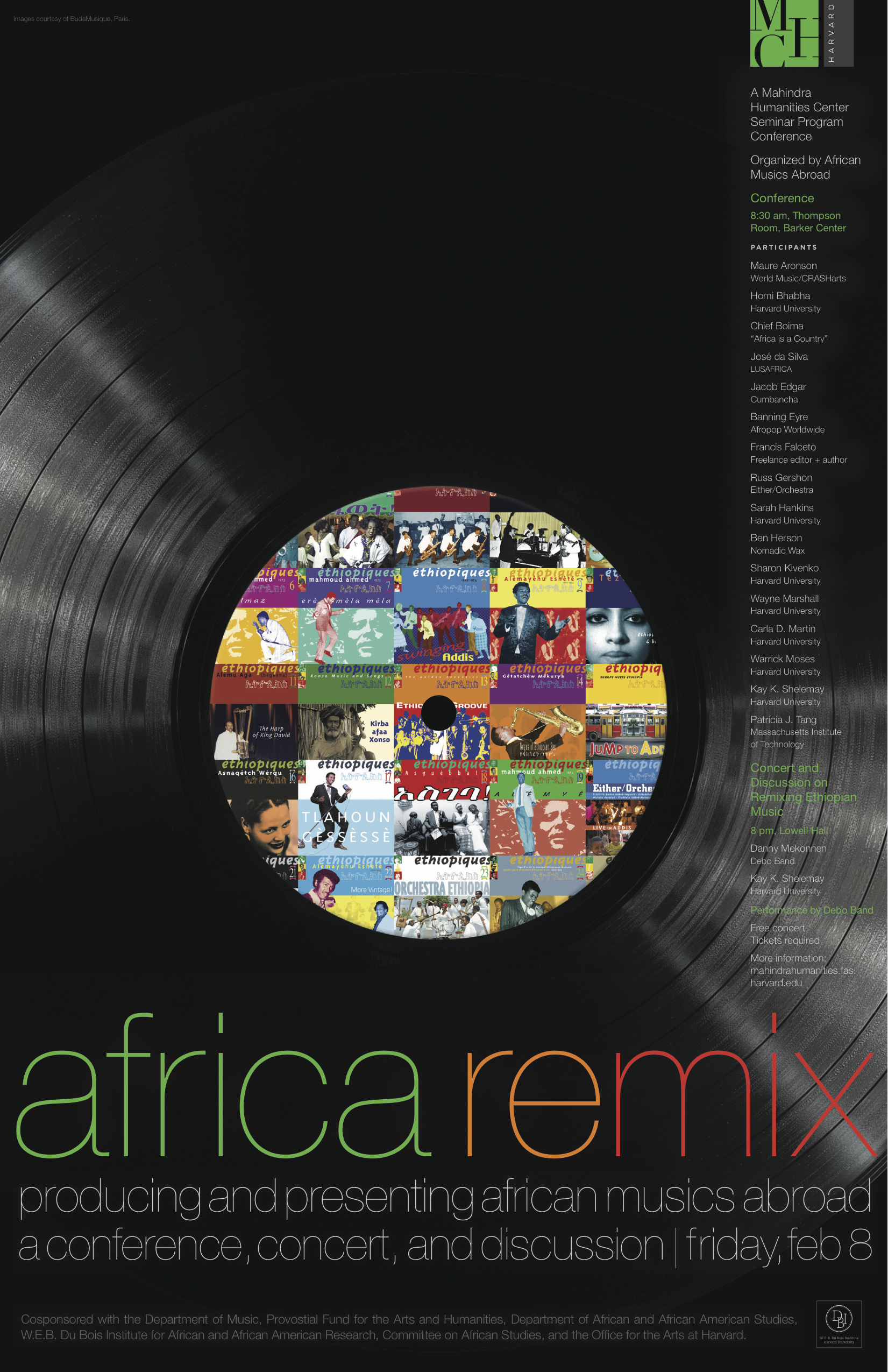