Hamas, a radical Islamic movement that is considered a terrorist group by Israel and the West, , , ,

it tends to remind me of,

& if that’s not enough to make you skeptical, review today’s piece on hip-hop in Cuba, about which says El Canyonazo (via email),

A bit of an Orwellian experience reading the NYTimes today… theres
an article about Cuban hiphop which says that the festival was
cancelled this year, which is odd because I was there and even
performed during the festival in August.

don’t get me wrong. i read the NYT every day, and not for nuance (tho a little more woulda sweet). 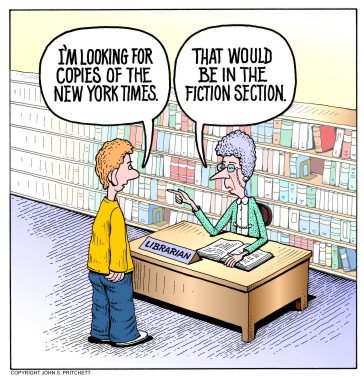 8 thoughts on “The Party Line”