This was supposed to be a last minute entreaty to recruit a few more backers for Filastine’s attempt to kickstart the making of two rad music videos. But I just looked over at the page again, and it turns out it’s totally funded. Woo-hoo! Go go crowd-sourced critical culture! (That said, it’s still a great way to get his next album.)

As with most things Filastine involves himself in, I couldn’t endorse this project enough, and I’m thrilled to see it going forward. A singular artist-activist, Filastine gets creative when it comes to making stuff — and distributing it — recently offering up project-related mixtapes, appearing on occupy-themed compilations, and releasing tracks on his own label alongside a baker’s dozen remixes. And here’s an “artist statement” of sorts, via an email sent around about the project, to die for rise up with:

In case you you haven’t noticed, there is a worldwide uprising for social justice and against the supremacy of finance. From Cairo to Madrid, NYC to Oakland, it’s an exciting time to be alive. This dispersed movement against power and corporatism has re-inspired me, and given some hope that my art might resonate with a new public and reinforce the insurrectionary meme.

While I’m here, then, let me give a nod to another active kickstarter project worthy of some support. A longtime collaborator with Filastine, Maga Bo has recently finished his next album and is looking to help round out the release. Go over there and see what Bo’s offering in exchange for a little backative.

Also, while I’m here, I may as well send out a BIG big-up to Kickstarter itself. I’ve been roundly delighted with the projects I’ve supported there this year — the Loog Guitar, Beyond Digital, Music from Saharan Cellphones, and others — and in addition to the satisfaction of having helped these projects come to fruition, I’ve got some great stuff to show & play with & listen to as a result. 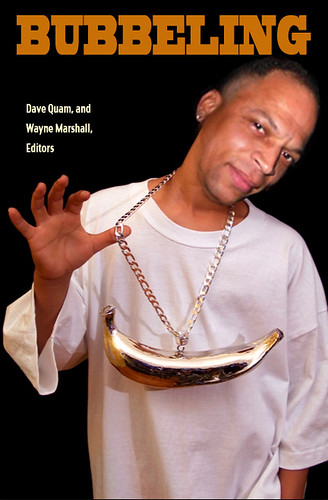