Tonight at Enormous Room, Beat Research is delighted to welcome Zuzana Husárová, a Slovakian scholar currently in residence at MIT. In her own words, Zuzana is into:

She also takes very pretty pictures of Cambridge and Boston and hereabouts. And she has an ear for bass music that strikes somewhere between the slamming and the subtle. Here’s a recent mix she put together, which may give a sense of what to expect tonight — or not. (She’ll also present a simultaneous film.)

As usual, the details are:

And later this week — Thursday to be exact — Boston is muy suerte to have Los Rakas sweeping into town in support of Collie Buddz. 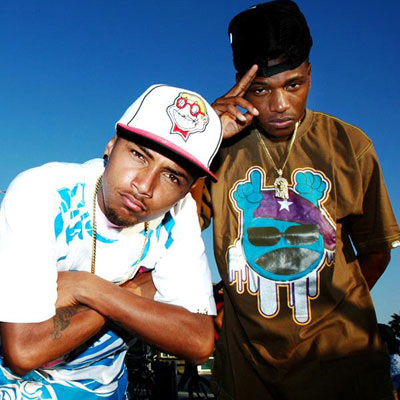 Because this blog is a lot more sporadic than comprehensive, I don’t think I’ve mentioned either of those acts here before. Which is weird. Because I rate them both highly and have enjoyed a lot of their music. Collie Buddz has really developed a style of his own, and to my mind he occupies an important niche in reggae right now: not credible whiteboy, but suave singjay of timeless topics.

For their part, Los Rakas have been on the radar for a minute, for reasons that should be obvious to readers of this blog, and I was more than happy when they asked me to retool their bio. Need I say more?

Los Rakas represent pan-American flows. Two cousins who grew up in Panama before spending their teens in Oakland, Dun Dun and Rico put a distinctive “Panabay” twist on hip-hop and reggae, bridging the streetwise sounds of the places they’ve called home. Drawing on Panamanian plena’s faithful approach to reggae classics and the Bay Area’s independent and idiosyncratic hip-hop scene, Los Rakas merge familiar dancehall melodies with a lyricism all their own. The approach is audible on their 2010 standout, “Abrázame,” translating and transforming Gyptian’s “Hold Yuh” with vivid portraits of local love and drama. Thanks to their sustained hustle and creative efforts, Los Rakas have been embraced all over: in the Bay and back in Panama, at local hip-hop rallies and global bass parties. Looking to reach new listeners and never out of place, they tour widely, appearing alongside underground hip-hop mainstays like Brother Ali, Latin rap luminaries like Bocafloja and Mala Rodriquez, and rising reggae star Collie Buddz. Critically acclaimed and blog favorites, Los Rakas keep on top of their game by releasing a steady stream of tracks, remixes, mixtapes, and videos, and expanding their circle of collaborators to include the Austrian aggro-dancehall of Stereotyp and the electro-tropicalia of New York’s Uproot Andy. Working the flexible idioms of hip-hop and dancehall into their own pliant medium, Rico and Dun Dun channel Afrodiasporic dance currents to reflect on race and racism, poverty and violence, love and pride, partying, and the sundry stuff of everyday life. Los Rakas make music born of migration and tradition, critique and celebration, joy and pain. They make New World music. American music. Panamanian Jamaican Californian music. Music for b-boys and rude boys, dancers and romancers, mainlanders and islanders and isthmus folk alike.

& a couple videos to whet:

3 thoughts on “Some Boston Beats (and Rhymes) This Week”