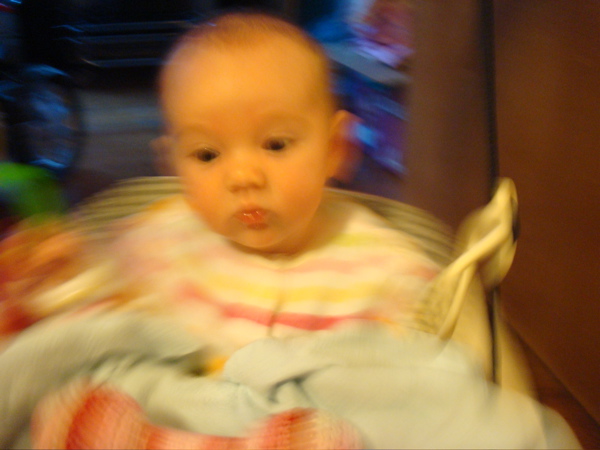 Today marks 3 months since Nico joined us in the post-womb world. It’s been a really wonderful time. And I mean that — filled with wonder. Seeing and hearing her learn to interact with the people and things around her has been totally fascinating. The arrival of smiles, focused eyes, a strong neck (keep keepin your head up), and clumsy but effective hands — all of these things have felt like milestones. Just yesterday, we got her to laugh a little bit, a truly joyful development.

As you might infer, we’ve been recording a lot of this: photos, video, audio. And while I’m trying to be cautious about uploading her life to the interweb, I’m glad to have all of this, to share a bit with friends and family now, and of course to share with Nico later.

Last week I embarked on a project to make something that would represent Nico’s first 3 months in the world, aurally and visually. As part of the process, I combed through the 25 or so audio recordings I had made, which were full of little revelations. Not least of which was hearing how the shapes of her sounds — like the shape of her face and little body — have already changed so much in such a short time.

I’ll spare you the audio on that one. Ultimately, I cut over 100 loops and percussive blips’n’burps to use in the assemblage of some post-natal electro.

I also combed through, with Becca’s eyes too, about 1500 digital photos we’ve snapped so far. A lot of these are throwaways, of course — blurry shots, bad framing, etc. — but rather than throw them away, we’ve kept them, and they came in handy. I decided to match about 700 fast-moving photos to her loops’n’whoops, and a lot of those “throwaways,” in combination with the good shots, made for some stunning sequences, especially at a beat-matched frame-rate (yay Ableton video!).

The end product is a collage/montage that proceeds more or less in chronological order. I premiered it last Friday at an electro-acoustic concert @ Brandeis and it was a big hit (but, of course, beats + baby = surefire crowd pleaser). Hope u digg too —