In Kevin’s post about the fall of Audiomaxxx, he links to the video for Mr.Vegas’s “Tek Weh Yuself.” What most struck me while watching it was not the awesome dancing (tho it is awesome) but the setting: an unfinished brick-and-mortar mansion seemingly in the middle of nowhere —

For those familiar with the Jamaican landscape, this kind of site is no anomaly. The hills of Kingston are dotted with such relics and driving through (the) country, one sees similar dreams deferred. Whose dreams, you might ask? Drug barons’ mostly. At least that’s what was told to me: enterprising badmen commission the big houses of their dreams only to end up in the Big House (or worse), leaving their palatial designs to gather ghetto palms in the sun, exposed iron rods reaching for the sky, concrete columns left un-corinthianed. Gravelly ghosts of the illicit drug economy.

Now, I could be wrong about the particular place used in the Vegas vid, but that’s what it said to me. Here’s an even better example — 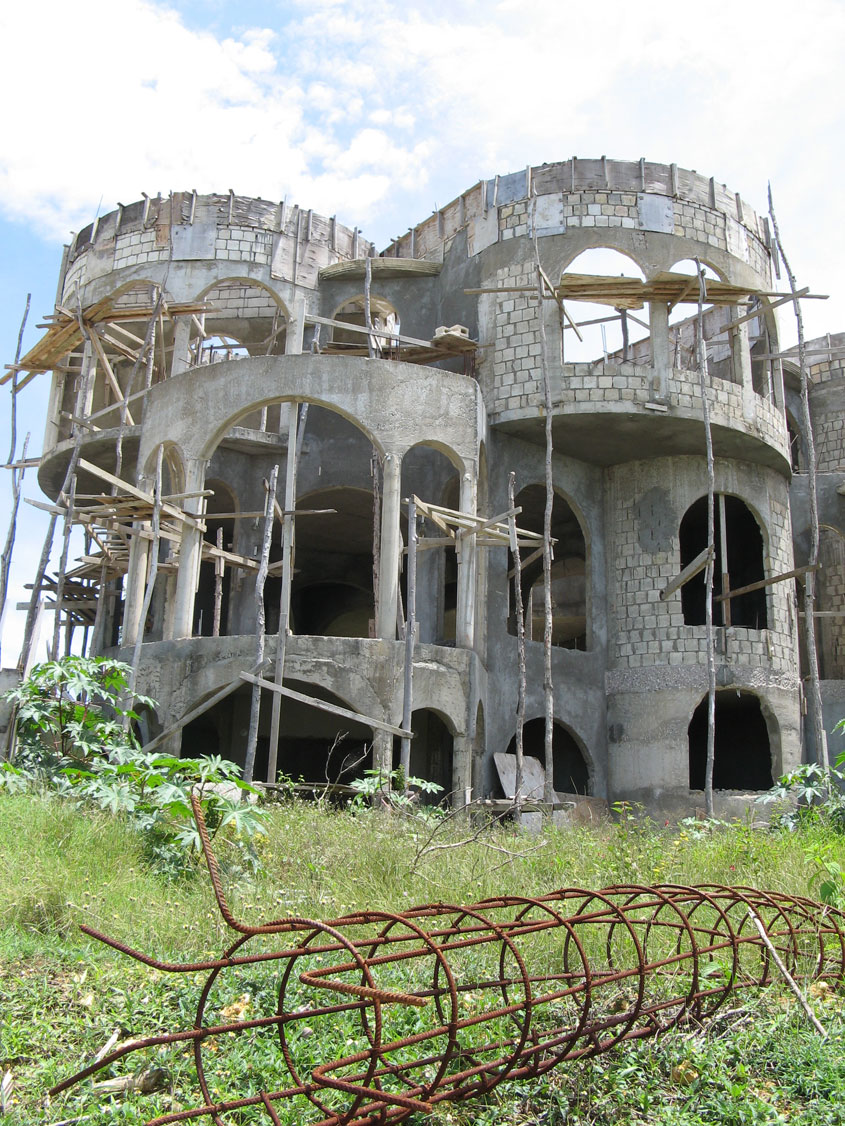