A couple nights ago I attended the reception for an exhibition currently showing at the Glass Curtain Gallery (Columbia College) in downtown Chicago. Curated by anthropologist art historian Deborah Stokes and entitled “Africa.dot.Com: Drums to Digital,” it is billed as “an exhibition that visually and interactively explores the collision of modern culture and technology on cross-cultural communication.” The description continues —

Against the background of traditional African “talking” drums, dance and oral traditions, powering of the voice through electronic media has altered these long-established customs. New technology has strengthened and reinforced the assimilation of African expressive culture into vibrant new forms in America.

Unlike classical African art exhibitions, Africa.Dot.Com focuses on representing Africa as part of the modern world, with cultures that have navigated into new media alongside the global community. Since the 1960s, dramatic changes have taken place as a result of African independence, and access to new media, computers, digital technology and mobile phones is growing at a rapid rate. Anthropologists currently encounter all types of digital media in both urban and rural settings, and the charting of innovative, varied practices within a range of media has only just begun.

There were a couple things in this text that set off bells for me before even attending — in partic, the use of quotation marks around “talking” (b/c, y’know, it’s not as if the drums really talk or anything) and the use of the plural form of culture, which I tend to avoid myself due to the implication that there are various, stable, discrete cultures in this world rather than the kinds of interconnected, overlapping, porous, shifting fields of cultural practice that this exhibition actually, in spirit, seemed to want to emphasize. Even so, I recognize that we sometimes simplify our vocabularies in order to say something clearly or provocatively, so I wasn’t really too suspicious going in. Nonetheless, I did expect to encounter plenty of “ironic” examples of African uses of and riffs on technology — you know, ironic, because who would expect to find so many cellphones in Africa, never mind so many tricknological gizmos integrated into traditional art forms? To wit —

& what (post)modern African art exhibition would be complete without a bit of kitschy signage, especially if the irony is increased with references to American rappers and cities (and this city to boot!) —

& of course, rather than proto-cubist carvings of men and animals, etc., there were sculptures of cell phones —

I didn’t snap too many photos with my crappy cellphone camera, although it did occur to me that I was adding another level of irony to the preexisting layers by using a cellphone to take pictures of African cellphone art. In particular, tho, I regret that I didn’t take any pictures of the more “trad” objects on display — the kind of sculptures and drums one would expect, here placed at the entrance for contrast — so that I could better illustrate the attempt and yet, I’m afraid, the ultimate failure of the exhibition to transcend persistent, pernicious modes of representing African art.

Now, I realize I probably already sound rather snarky here (and trust me, the snark has yet to come), but don’t get me wrong — I recognize that this sort of exhibition is long overdue and perhaps even ::sigh:: still necessary. I can understand and appreciate the explicit, if simple/vague, desire to represent Africans as modern members of the “global community,” esp considering the ways that Africa (monolith a monolith) has been perennially figured in, as they say, the “Western imagination” (or, if you will, in ebog’s imagination, to take a specific case), as premodern, backwards, and primitive (or, for ebog, as “the most fucked up (and most heroic)” [and stinky?]).

It wasn’t until I started looking closer at the objects on display and their identifying information that I began to bristle a bit, wondering, especially since these pieces were all relatively recent (w/ cellphones as their subjects and such): who are the artists who assembled and sculpted and painted and threaded these wonderful things? Why did they choose to do what they did? What do such representations, such forms&contents, mean to them? (I’m guessing one or two might have something more interesting than “cross-cultural communication” as an answer.) It was at that moment, when I noticed that the artists appeared to be utterly anonymous (in contrast to, say, the curator and collectors), that I remembered a quotation which had leapt out at me last week while reading Tim Taylor’s “A Riddle Wrapped Inside a Mystery” (an essay I mentioned a couple posts back):

This specious/useful formulation fresh in mind, I began to inspect more closely the info-cards accompanying the pieces on display. The cellphone sculpture above, for example, was glossed as —

Sorry about the blur — it’s there to make my own representation seem more authentic, natch cultch.

Yep, all the information one could want. I suppose the artist must be named “Tanzania” — how cheeky! How modern!

And here, if we do a little google archaeology, we stumble onto yet another irony — actually, perhaps one of the only truly ironic dimensions of the exhibition, albeit one that the curator might rather remain implicit: the cellphone sculpture comes from the collection of — buh-dump-bump — a Motorola veep! (You can’t make this stuff up, folks. If I were writing anthropological fiction, as the Prices sometimes do, I would have a hard time passing up such a downright structural metaphor.)

Returning to the official description of the exhibition, and another line that made me skeptical, it is perhaps unsurprising (if disappointing), that the spotlight shines where it does here. The last line indicates, not to get too personal in my critique, a self-centeredness (and lack of self-consciousness) that requires the anonymity of one’s “subjects” in order to maintain one’s own centrality to the story (and the cachet, the privilege, the power, the opportunity, the free-to-move-ity): “Anthropologists currently encounter all types of digital media in both urban and rural settings, and the charting of innovative, varied practices within a range of media has only just begun.” [update (2/8): allow me to note, again (see first para), that the curator describes herself as an art historian, rather than an anthropologist, which essentially makes this last paragraph an off-base accusation — in this case; in plenty of others, however (like this blog?), what I describe here remains all too common a dynamic.]

Indeed. Better get crackin on them charts, keep the cameras pointed in the right direction & —

In this day&age, it is hard to believe that there’s no way to bring actual individual African voices — voices with names and faces and dreams and bank accounts — into an art gallery here in Chicago. And I don’t mean literally (necessarily). As the exhibit admirably shows, the technologies of communication and connectivity are already there to a great extent. (And surely a lil Motorola money could get us the rest of the way?)

As I was describing my problems with the exhibit to a colleague last night, he recounted one of John Blacking‘s last public statements which, to paraphrase a paraphrase, went something like this: Blacking, who wrote extensively on the music of South Africa, lamented at a meeting of ethnomusicologists that when he looked at the captions in his books and saw things like, “African girls singing a puberty rite” or “African man playing a transverse flute,” he thought about how such descriptions contrasted with representations of European music; can you imagine, he asked, a picture of Bach that read, “German man at keyboard instrument”?

Just so I don’t seem totally sardonic here, I should note an exhibit like this one, for all its problems, might still prove productive for all sorts of viewers, including European-Americans and African-Americans of many, many stripes (and there were plenty of stripes in attendance Thursday night). And yet, the persistence of this old model of anthropologists // collectors // anonymous subjects seems to betray any real traction. New wine, old bottles. This is the ultimate irony of the “Drums to Digital” exhibition: it utterly fails to challenge, despite its novel surfaces, the same ol’ ways of representing, of maintaining the status quo, of reinscribing the asymmetrical power relations between the rest and the “West” (i.e., in this case, the American academy and American anthropology, if we’re gonna name names, which — as I hope I’ve argued compellingly here — we probably should).

As much as we might want to celebrate African modernity and uses of technology and all of that good stuff, the mere movement of these images and objects outside Africa to metropolitan centers such as Chicago ain’t necessarily doing all that much in the way of “cross-cultural communication.” This is still very much a one-way street we’re traversing. The others are streets with no names. Not that I’m calling for better maps or charts — far from it — but how are we supposed to navigate this chasm, & continue the conversation, without better, realer connections?

Considering this (uncritical) celebration of the sheer circulation of Other things, as if their simple presence in our midst is enough to heal the world ®, I’m reminded of what Steve Feld has written about about a similarly celebratory stance (in this case, of the circulation of “world music,” which is to say, “non-Western” music). In an essay called “From Schizophonia to Schismogenesis: On the Discourses and Commodification Practices of ‘World Music’ and ‘World Beat’,” Feld contends that such celebrations “risk confusing the flow of musical contents and musical expansion with the flow of power relations” (263).

And so I’ll finish here by (trans)posing a question that has been very much on my mind all quarter and which this exhibit brought into focus in yet another way: might we level same critique that I marshal above w/r/t anonymous African artists at various, recent, half-decent attempts to broker the sounds of the Other, of the Global (“dirty“) South, to metropolitan audiences happy to consume the next real thing? 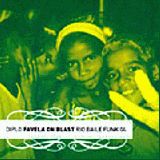 & it’s not just about tracklists [or lack thereof], it’s about track records [or].)