america, i’ve given ya
all, and now i’m headed to
the mall of america to spend a bunch of nothing.
no expenditures. i’m bluffin’, huffin’, ’bout puttin’ an end to ya,
dispense with your huntin’ a little somethin’ somethin’.
to be precise: two dollars and twenty-seven cents,
a pair of nikes and a bowl of rice.
roll the dice relentless.
send this mental presence into
senseless sentence spinning,
de-sentimentalizing essence. winning
or losing’s not the object.
when will the human war be targeted
like enemies are marketed
and put to rest regardless of
your motivations? collective aspirations of a nation, hating
using fusion and confusin’ propaganda
to slaughter and slander opposition,
hold a dominant position–
go fuck yourself, your smart bombs, and your covert missions.
waging holy wars without admittin’ that you’re sittin’
in the same teeth-gritting, power-grabbing stance.
i’ll do my dance when i’m ready.
for now the course is steady:
love the moment
but don’t forget to let the feeling foment.
america, when will you be less devoted to your potence and more angelic?
when will you take your clothes off, expose your-
self and shake your achin’ pelvis?
when will you appreciate the irony of elvis?
admit it’s frightenin’ that white men
dye their hair to look like black men tryna look like white men,
but it’s also funny.
admit that sunny days and healthy children should be enough.
admit that we could stand to share a little of the stuff we’ve got,
and quit taking from others.
i’m sick of your insane orders,
sick of your deranged borders,
and maintained border-crossings
depressing me like rain water,
upon the leaking awnings
and onto good books.
when can i go into the supermarket and buy everything i need with my good looks?

america, after all, it is you and i who are perfect,
not the next world, so why all the disturbance?
why all the ferment
-ing anger sold by sermons
on every side making me nervous?
why the lack of purpose?
or the purposeful act of making surplus,
making your bank over the backs of servants?
what a circus.
complete with acrobats, lion-tamers, and ring-leaders,
freaks, geeks, elephants, clowns, and shit-sweepers.
the shit deepens, like new perspective on some scenery,
you seem to be too much for me with all your machinery.
you made me want to be a saint, then way too easily
pulled the rug out from under me, teasing me
in my complicity. insistin’ we
are in this together, “we got history.
we got issues, see.
move away, you’ll be missin’ me.
say good-bye to feelin’ free.”
but i, being me, have to disagree.
i feel differently:
your ministry just pissin’ me off.
at this rate, you’ll never get the best of me.
america, stop pressin’ me
and stressing me out.
no use in testing me,
i know what i’m doing.
america, look around at all the ruin’, stewin’.
america, are you in tune with the news in
the papers? everyday it’s
another person on trial for murder, like stasis
slid into regression–disturbing.
i find your complacence greatly depressing, unnerving.
how could you win the cold war with a promise sounding like a joke?
yokes over the necks of your black folk, talkin’ ’bout
“FREEDOM! DEMOCRACY!”
c’mon, even hypocrisy
more subtle will often seem
a cover for some huddle, huddle, ’bout to hustle.
i smoke marijuana every chance i get,
and dance to death,
in my room, playing with castanets
and casting fresh
glances at the roses in the closet.
i go to chinatown, get drunk, and never get laid.
my mind is made up: there’s a debt to be paid.
you should have seen me reading Marx and attempting to sway
public opinion. common sense becomes the lecturer’s clay.
the therapists say
i’m damn right, forgetting to pray,
’cause i can see the light by simply looking,
hearing each minute as music,
and choosing
to view the uncertainty of life with slight amusement.

asia’s rising up.
i won’t have a chinaman’s chance when times get rough.
my national resources need some sizing up:
my national resources consist of two bags of weed,
three and a half rhyme-books, traveling at the speed
of sound,and twenty-five thousand
institutions for the housing of mental patients.
not to mention the houses of detention,
nor the heart-wrenching conditions lived in
by millions of children,
and other underprivileged,
ruining my image–
the grumbling bastards.
my ambition is to be president despite the fact i’m a recovering catholic,
frequently stumbling backwards.
i think i’d be very good at mumbling passwords.
america, i’ll sell you rhymes with 2.9 APR and nothing down.
america, free your dissidents and save my fucking town.
america, alan ginsburg must not die.
and death row must not fry,
or be so black.
america, way back when i was seven, attending
summer camp with my brethren and sistren, i’d assist in burning the flag as
we’d secede
from the union every fourth of july,
followed by some ice-cream and some apple-pie.
america, you don’t really want to go to war and have to die.
america, it’s them bad arabs.
them arabs. them arabs. and them chinamen.
. . . and them arabs.
the middle-east wants to feast on us for hours.
the middle-east is a beast that’s mad for power.
she wants to take our cars out of our garages,
and drive them to mirages, making hajjs.
she wants to kill new york and watch tv.
she obviously wants our auto-plants overseas.
he watches over me–big brother bureaucracy,
always follows me. he runs the lottery.
no stopping me or stopping him.
him big bambino.
him make indians learn read and also run casino.
him need big, black people.
him work us eighty hours a week, yo.
help. i’m delirious.
america, this is quite serious.
this is the impression i get
staring every day into my television set.
ain’t been in prison yet,
but it’s what i dream about when i sit in bed.
america, is this correct?
i better get down to it already:
it’s true i don’t want to be in the military
or push buttons in corporate cubicles–
i’m hardly physically or mentally suitable.
america the beautiful?
i’m asking questions
and doing my best in
pressing for the truth. 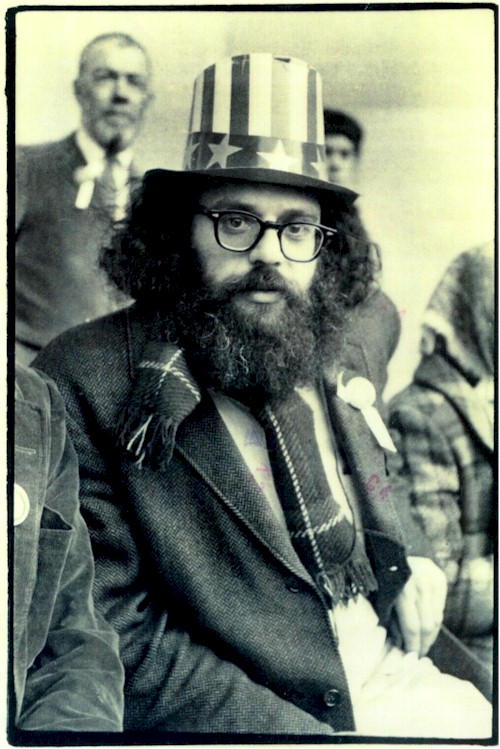