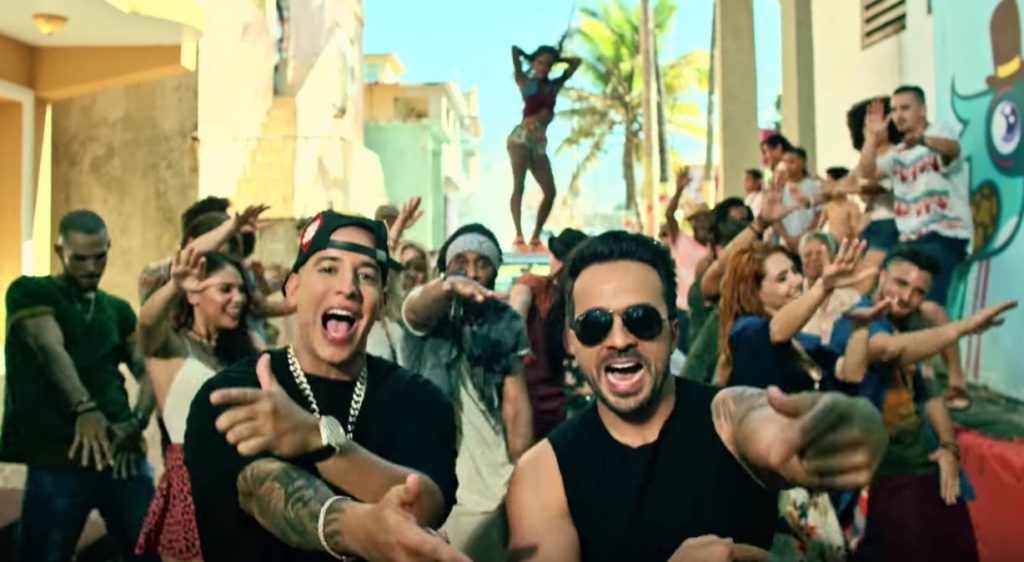 “Despacito” has proven to be an amazing platform for Luis Fonsi, Daddy Yankee, Justin Bieber, reggaeton, and now … me.

Since April, I’ve been contacted by people looking for an explanation of how this song has proven so spectacularly successful, and whether I wanted to or not, I found myself having to think about it over the last several, surprising months. I’ve given quotes to reporters from Abu Dhabi, Montreal, and Texas —

The song — indeed, the phenomenon — has proven an excellent vehicle for thinking about reggaeton, “tropical” pop, and pop culture in the age of YouTube — 3 things I obsess over — and so when I brag-plained on Twitter last week about how “Despacito” has impacted my inbox, it ironically resulted in being asked to write a big ol’ piece myself about the song for NY Mag‘s Vulture. It seemed like a great opportunity to bring together the different angles from which I’ve been listening and watching, so I jumped at the chance.

Having penned my original “reggaeton longread” for the Boston Phoenix back in January 2006 (though I guess this is a contender too), it was a pleasure to return to the form and try to share some deep context with a larger audience than my academic work. So far, I’m pleased as perreo at the favorable reaction it has garnered. Check it out: 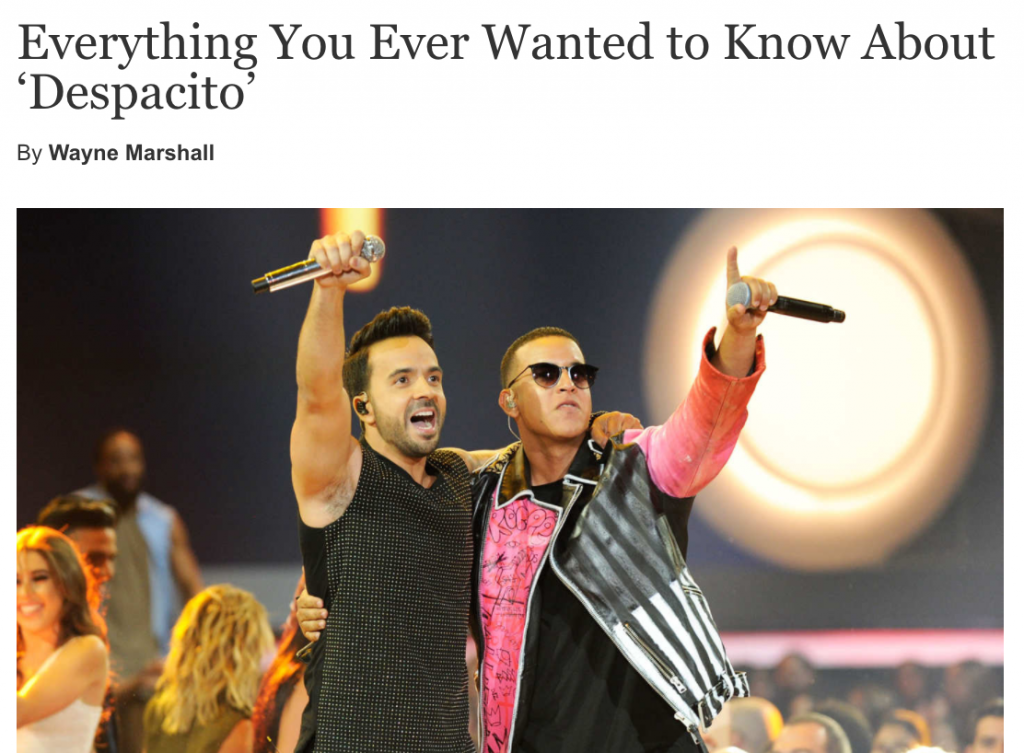 While I’ve got you on the line — and while I’m here writing a rare blogpost — allow me to share a few related pieces.

First, I want to remind readers that I’ve spilled many more words than 3500 here and there on reggaeton, and if you’re up for, say, 10k words on the history of the genre, you can consult my chapter in our book.

You can also hear me speak around that many words about reggaeton — and offer plenty of A/V examples — in this lecture I presented at Berklee a few years back:

Second, I’m happy to appear this week as an ethnomusicological expert bigging up Munchi and connecting dots between reggae, reggaeton, and Dutch house in the this piece in the Washington Post that attempts to size up the legacy of moombahton.

Third, as I discussed in the “Despacito” piece, the song features a common chord progression, theoretically allowing one to mix and mash it with any number of previous pop songs. To demonstrate this, I mashed it up with the Cranberries’ “Zombie,” mainly using the instrumental guitar passages from the latter. I was happily surprised by how good “Despacito” sounds with a little grungy guitar, and it was also striking how much their poppy dynamics complement each other, stylistic differences notwithstanding.

See what you think (and thanks to Remezcla for the signal boost!); if you like it enough, here’s an MP3:

In order to make this work, I had to grapple with the audio in Ableton — and more than usual. It called to my attention a surprising fact about “Despacito”: it skips a beat (or a beat and a half, or so) twice during the song, before Bieber’s hook (which, without a pause, should land right on measure 21) —

This is an odd feature for a digital-age dance number, and while some have speculated that it is the magic key to the song, I think it’s more likely an “accident” resulting from the post-hoc splicing in of the Biebz.

Couldn’t mash the song up with “Zombie” without fixing this irregularity. So I did a nerdy thing; I fixed it: