Tonight is the 2 year anniversary of Picó Picante, one of the shining lights of Boston’s club scene, and something I’ve been grateful to be close to — 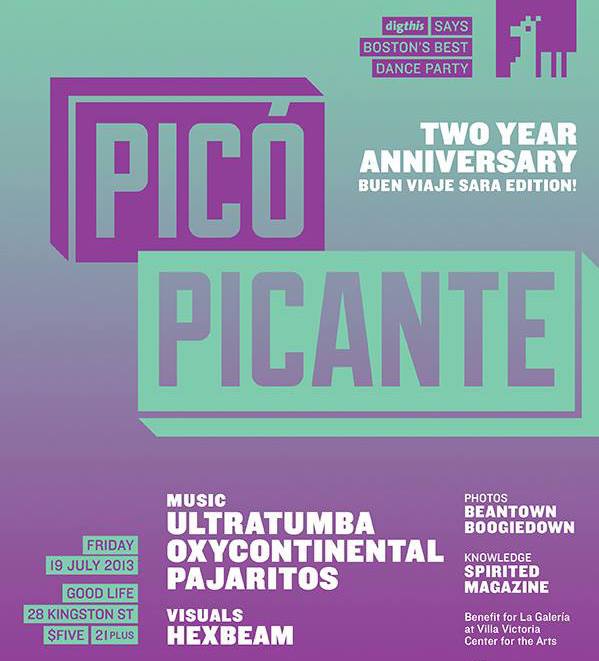 The pics of me at Picó over the years attest to the special vibes of the place (even when I’m seemingly giving the stankface to someone making a ridiculous request, which is maybe just the face I put on when Nick points his camera at me while I’m DJing) — 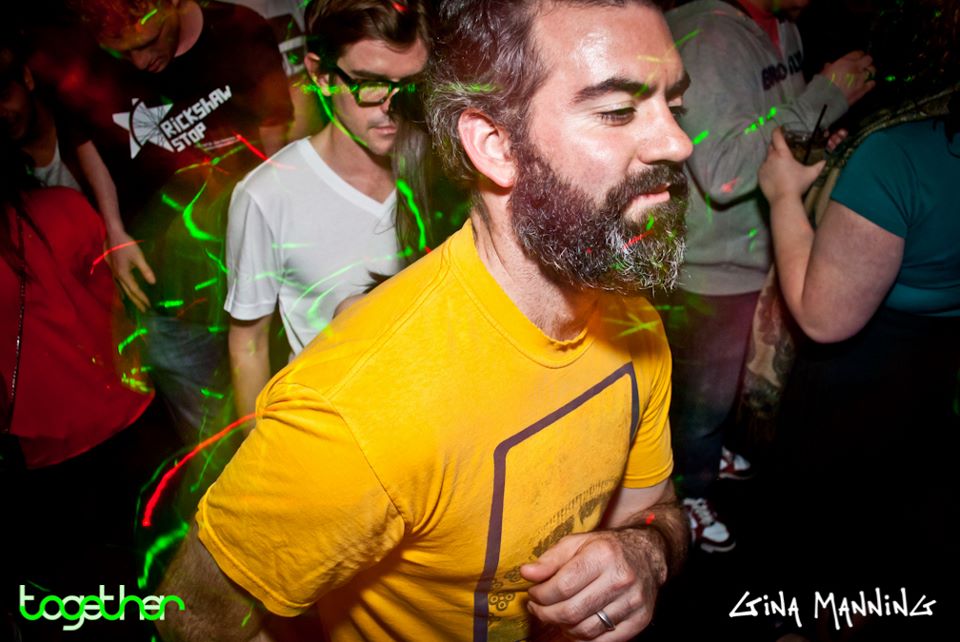 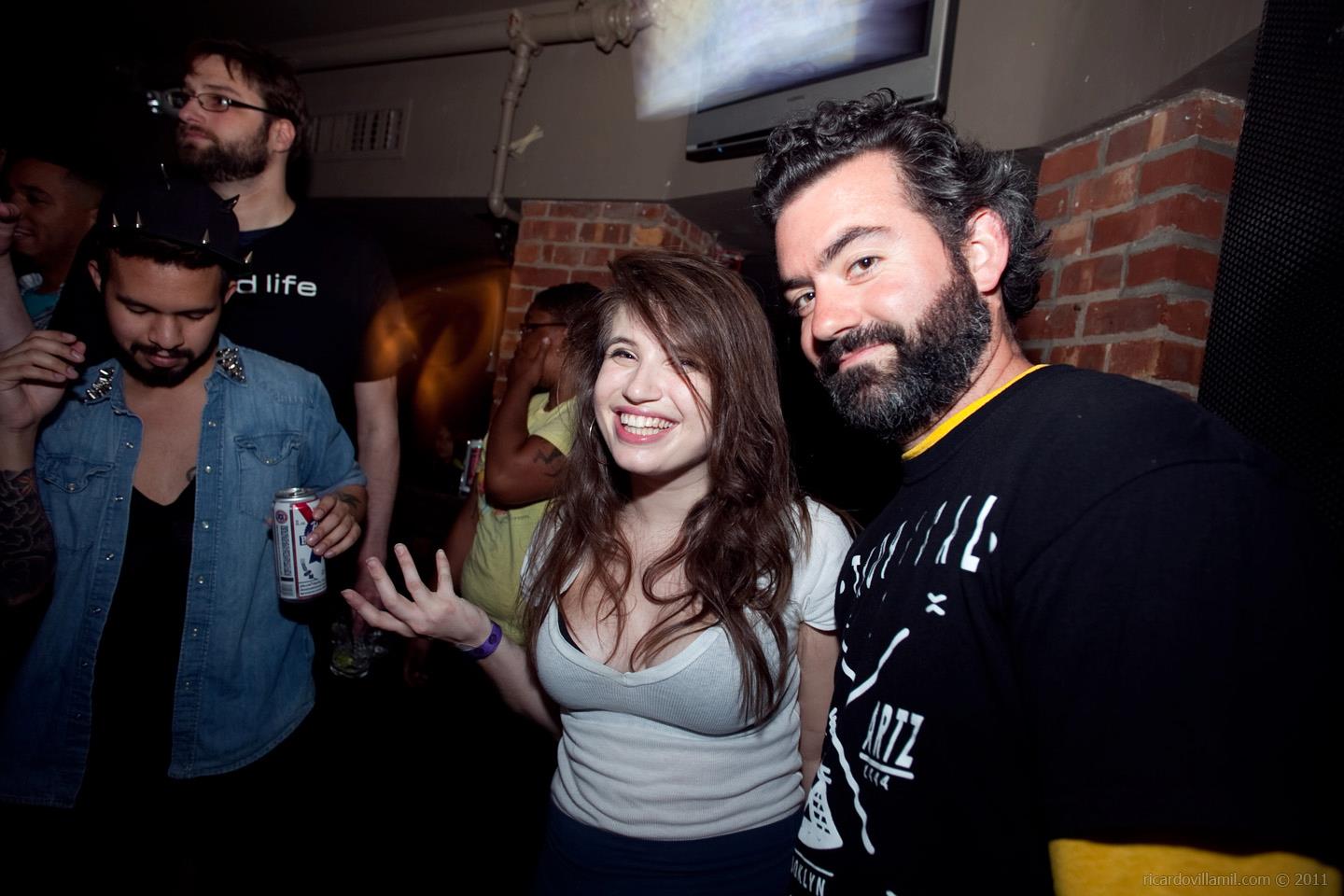 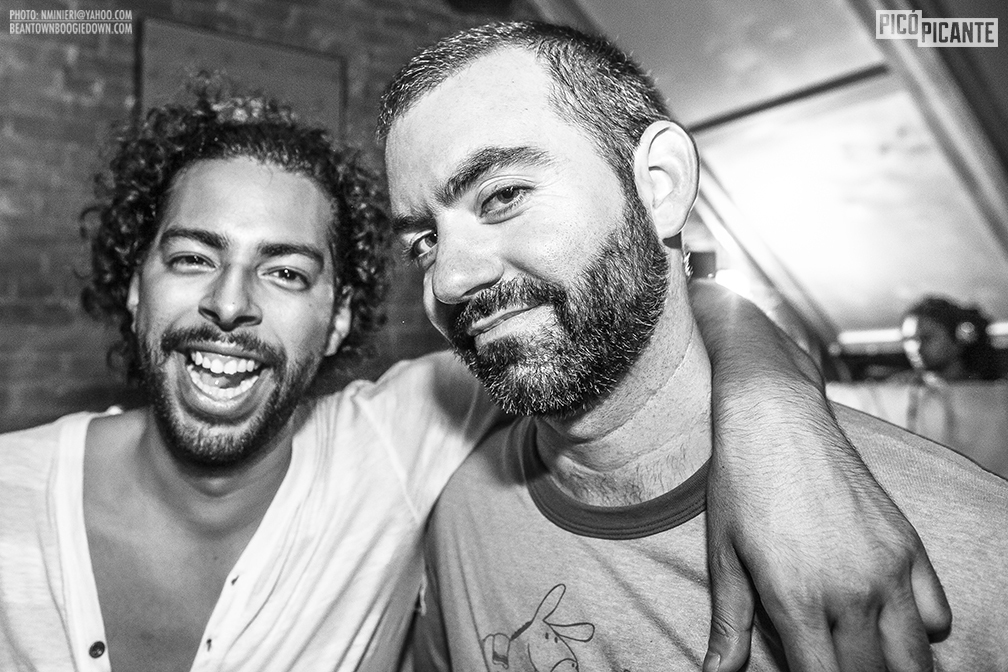 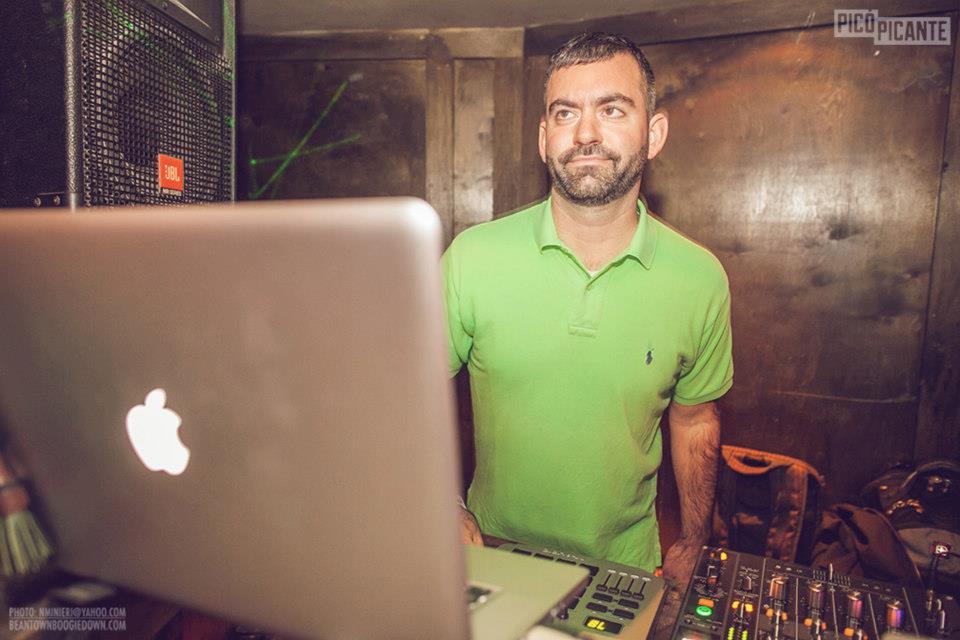 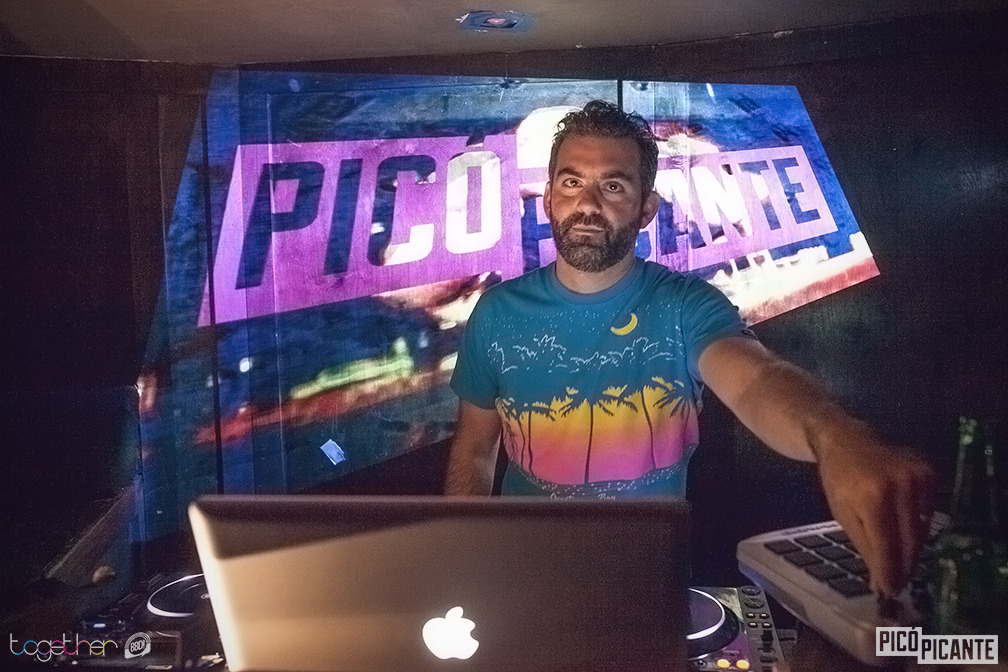 But tonight is extra special not only because it’s a celebration of two great years of dancing together, but because it’s also a send-off for 1/2 of Pajaritos, Sara Skolnick, who is embarking on a promising ethno/techno-musicological endeavor in Colombia very soon. Here’s the story c/o Sara herself:

I want to share a note of deep gratitude for your ongoing support and for the sense of family that you’ve helped grow over the past two years. On Sunday I’ll be relocating to Bogotá, Colombia to take on a year-long ethnomusicology grant that focuses on new opportunities for artistic agency and self-representation for marginalized musicians, encouraged by democratized access to digital music production tools and networks. This project was inspired by the experiences I’ve had as a DJ and organizer in Boston, and undoubtedly by the big hearts I’ve connected to through it. Thank you for the gift of an energized belief in music as a force for social change (& in the dancefloor as the most valuable classroom I’ve yet to find) and for creating such a reliably warm, dynamic space to celebrate life. Picó continues on with full force & I can’t wait to see what’s in store and to share my experiences from afar. Thank you, thank you, thank you.

Thank YOU, Sara. And BUEN VIAJE!¡! We look forward to hearing all about it.

I just want to reiterate how fortunate I feel to have had Picó Picante as a platform for a set or two. Thanks to the efforts of Pajaritos & crew, I’ve had the pleasure to run through my collection of Caribbean and Caribesque dance-pop with abandon, and it’s been a thrill to see people getting down to it all. In tribute and thanks to the night — as an ode, if you will, owed to Picó Picante — here’s my set from this May’s special edition, opening up for Toy Selecta, who proceeded to completely demolish the place with an epic 2-hour set. Wish I could share *that* with you, but for my part, here’s this —

As usual, it’s a mix of clubb faves & obscurities that should be, connected dots & forced collisions. Hot summer vibes. Who’s in the mix? Oh, just all these awesome guys —