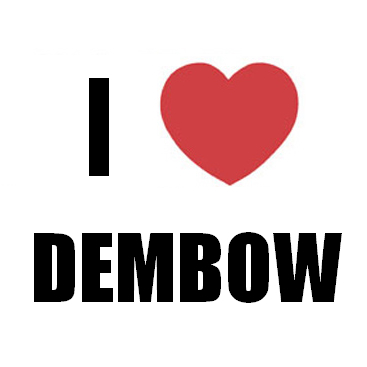 I’ve already discussed and DJ-demo’d the degree to which the Dem Bow riddim underpins the lion’s share of reggaeton tracks. But one remarkable part of the story I haven’t given much focus here is how “Dem Bow” the song — in particular, the chorus melody, but also the basic theme of the lyrics — has also seen its share of reincarnations (often in the form of creative, localized translations).

Last year I wrote an article that specifically traces the migrations, transformations, and connotations of Shabba’s “Dem Bow,” a song released in 1991 and, that same year, covered (twice!) en español. Shabba’s tune has inspired versions of varying fidelity to the original by Jamaicans, Panamanians, Puerto Ricans, and Frenchmen, no doubt among others I’ve yet to hear. Over the course of its already long life, it has gone from a relatively stable anti-gay anthem to a floating signifier for reggaeton’s sexy beat — or, in the case of Paris-based Daddy Yod, a Verlan inversion (“delbor” from “bordel”) for trouble or agitation (h/t Guillaume pour la traduction*). I try to make sense of the implications of such shifts, linking translation to transnation, or the audible articulation (pace Stuart Hall) of communities that transcend as they traverse state borders — something I hear deeply embedded in reggaeton’s sonic structures themselves.

But enough about the article, here’s the thing itself. It was an invited contribution by the editor of a special issue on popular song in Latin America, published in a German journal. Please note that the copy I’m making available here is a pre-print proof, though the final version is quite close to this. Here goes —

Having tracked down all these versions of “Dem Bow” (including no fewer than THREE songs by Wisin y Yandel, who seem quite content to rip themselves off), I couldn’t resist putting them alongside each other “in the mix,” as they say. It’s a little weird to put a bunch of anti-gay anthems “to tape,” but then again, one thing that’s interesting about the history of this song is that, despite the musical continuities, only the first third of the mix contains homophobic sentiments (many of them, as I describe in the article, quite colorful and imaginative). As you’ll hear, however, “Dem Bow” quickly comes to stand for other things (in other words, it becomes THE dembow, dembo, denbo). Notably, even in the suave hands of W&Y (or w&w for that matter), it remains a chant centering a heteronormative/macho subject. What’d you expect?

* sez Guillaume via email re: “Delbor” —

Yeah so no reference to sexuality, just straight up social problems and that the society is fucked up. You even have an eschatological reference at the end of the song. What’s interesting is that they use verlan only in the first verse, like an indication for the listener to make the chorus easier to understand at first. They don’t use verlan in the rest of the song as far as I could understand. Bottom line, it’s pretty safe to say that this song reference the 2005 riots and expand it to express a view of a fucked up society.

[Update 6/2010: A few months ago I found the original recording of Daddy Yod’s “Delbor” (which can be purchased here); also, although it’s not strictly a “Dem Bow” cover, Nando Boom’s “Pension” very clearly traces the melody/vowel-sounds rather closely, and indeed many of the lyrics are the same that he later uses in “Ellos Benia.” The riddim undergirding both Boom tracks, the Pounder, was clearly inspired by the Dem Bow riddim and may just be the missing link between Bobby Digital’s / Steely & Clevie’s production for Shabba and the dembow beat so widely used in reggaeton.]

[Update 1/2020: Hindsight is 2020! It turns out that my hunch back in 2010 and before proved right: the Pounder version turned out to be the dembow that everyone knows. For more details on that story, see my articles in Wax Poetics and RBMA.]